Weber County corrections Lt. applauded for saving family unaware that their home was on fire

WEBER COUNTY, Utah — A Weber County corrections lieutenant was applauded by fire officials Tuesday for quickly stepping into action, and potentially saving a family from a serious house fire.

Marigoni investigated the smoke and found that the home was on fire and the occupants of the residence were not aware, the press release stated.

The homeowner was contacted by Marigoni, who advised them of the fire, and found out a female was inside the home in bed, unaware of the situation.

Marigoni was able to evacuate the home’s residents and animals that were inside, the press release said.

When fire crews arrived, it was found that the attic was on fire and was “quickly growing,” according to the release.

The home sustained serious damage during the fire, officials said. 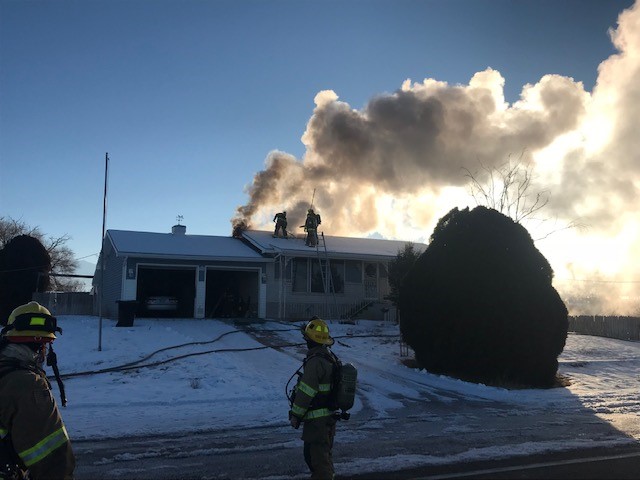