Two people were injured, and three suspects are wanted following the shooting.

Murray police said the shooting was “possibly gang-related,” and were looking for three people who fled the mall in light colored hoodies or sweatshirts and dark pants.

“We do not know their identities, we have descriptions of them,” police said of the suspects

In one video, four shots can be heard going off in succession before people begin screaming, and running away from the incident:

Another video shared with fox 13 News shows two victims of the shooting being treated by bystanders just outside the mall:

Photos of the incident, which show a large police presence within the mall, can be seen below: 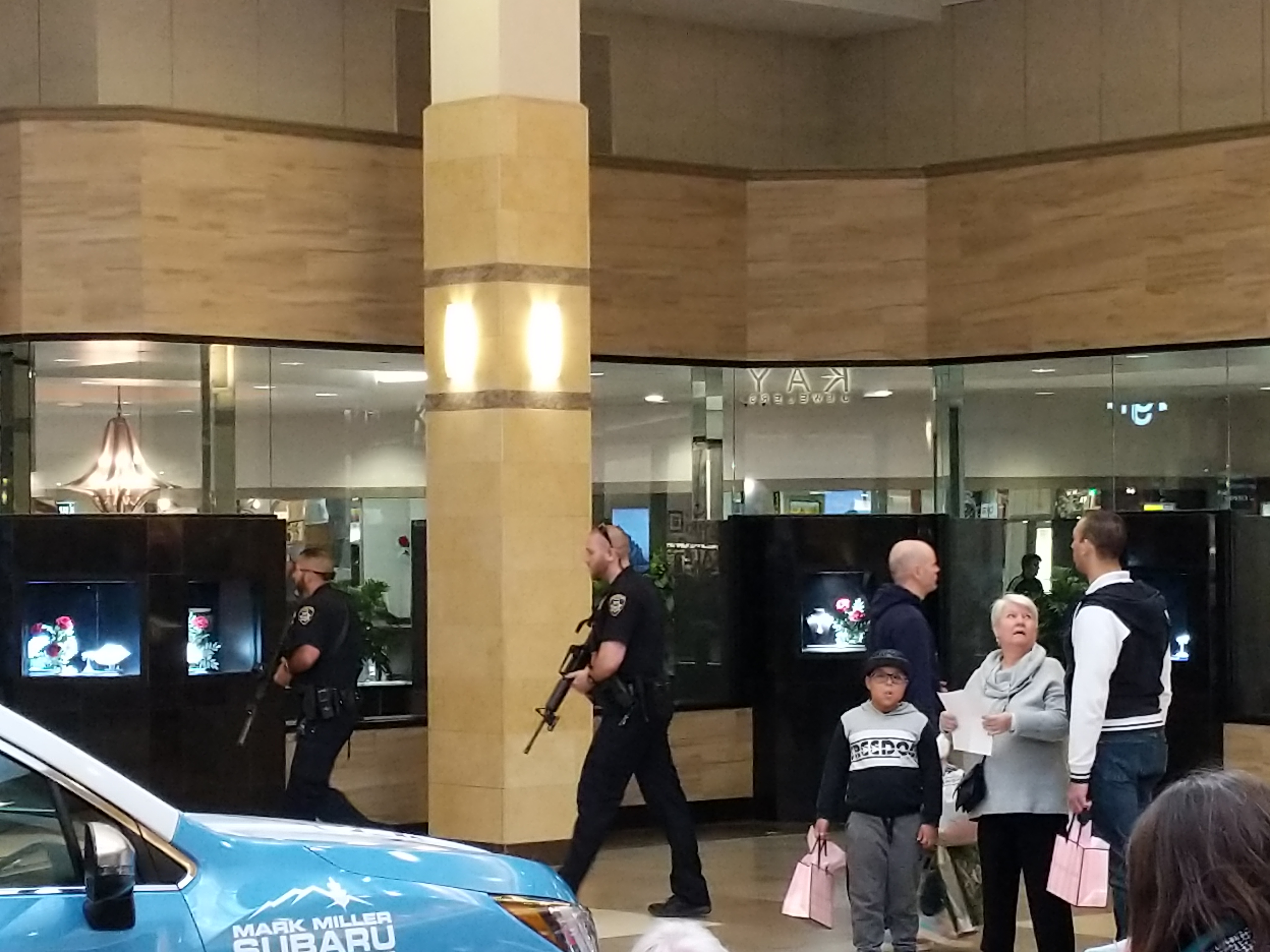