One killed, several injured in crash on I-15 in Juab County

JUAB COUNTY, Utah — One man was killed and a woman and her child sustained minor injuries in a crash on northbound Interstate 15 Thursday.

According to the Utah Highway Patrol, a Dodge Dakota truck was traveling north while the road was wet and it was raining. The driver lost control and traveled through the median, onto the southbound lanes, where it struck a Ford Focus.

The driver of the Ford Focus was later identified as  Christian E West of West Valley City. He was 45 years of age.

West was wearing a seatbelt but was trapped in his vehicle and officials were unable to get him out right away.

A female passenger broke her arm, and a child in a car seat suffered a collapsed lung. Both were transported to the hospital. 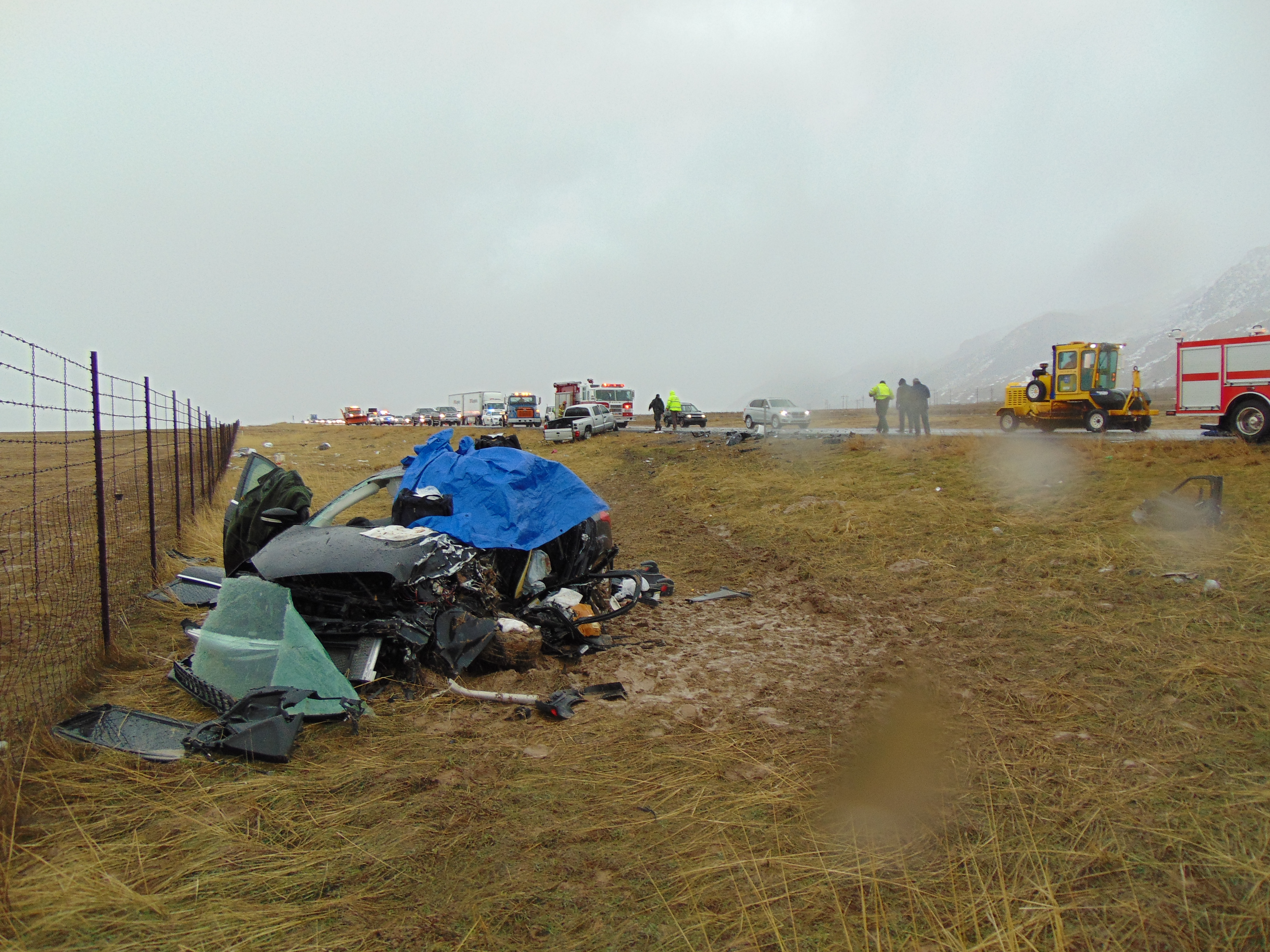