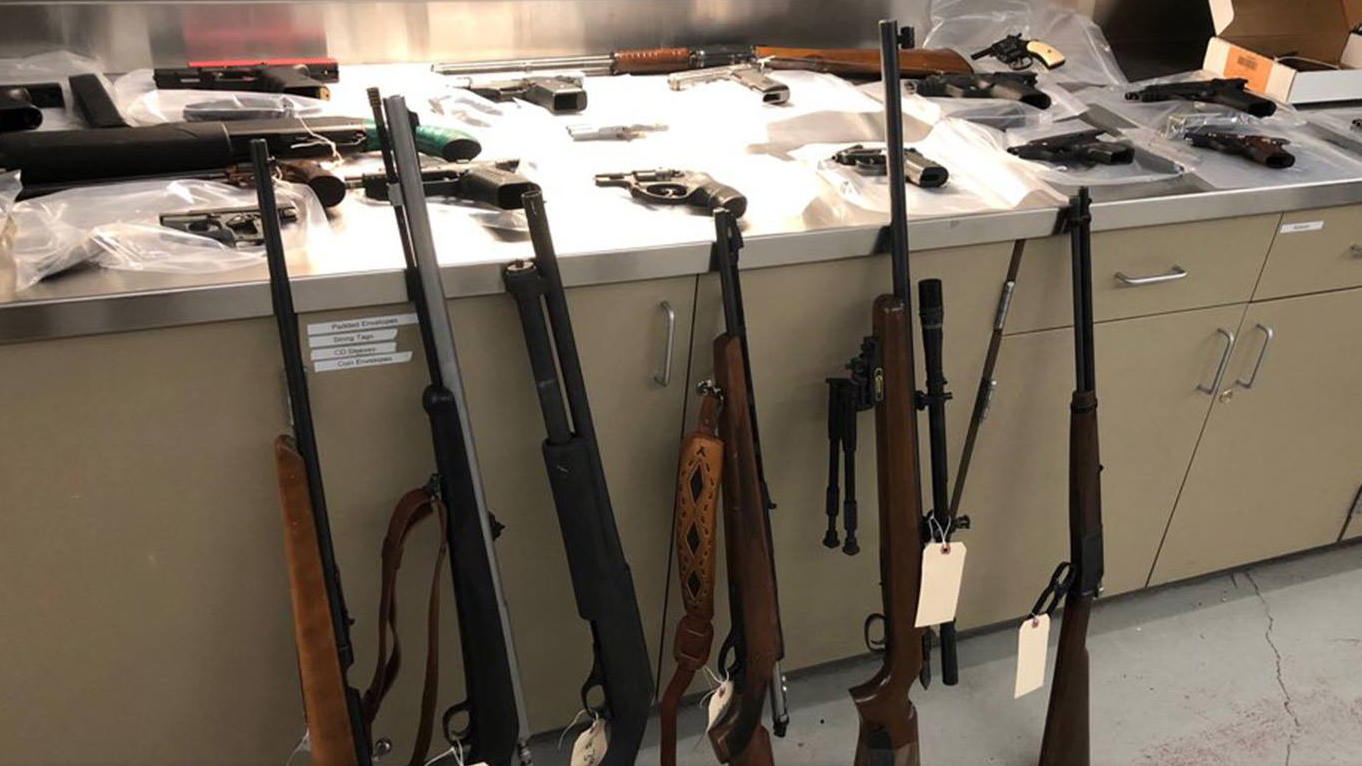 SALT LAKE CITY — Police serving a search warrant in Salt Lake City seized methamphetamine, heroin, marijuana and dozens of guns, including some that were stolen.

Officers served the warrant at 800 N Sir Patrick Dr., where they found 23.1 grams of meth, 33.4 grams of heroin, 2.8 grams of marijuana and .2 grams of cocaine, Facebook post from SLCPD said.