FARMINGTON, Utah — Police in Farmington asked for the public’s help Monday identifying suspects in an armed robbery that occurred Sunday at a local Burger King.

A press release made by the Farmington City Police Department said the robbery occurred near 1200 North Highway 89 at 9:43 p.m.

Two males dressed in black wearing facemasks entered the Burger King, police said. One of the males was said to be armed with a firearm.

The two suspects fled on foot with an undisclosed amount of cash, according to the press release.

Anyone with information on the robbery was asked to contact the Farmington Police Department at 801-451-5453.

Photos of the suspects can be seen below: 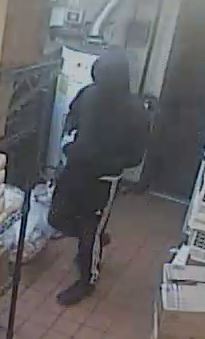