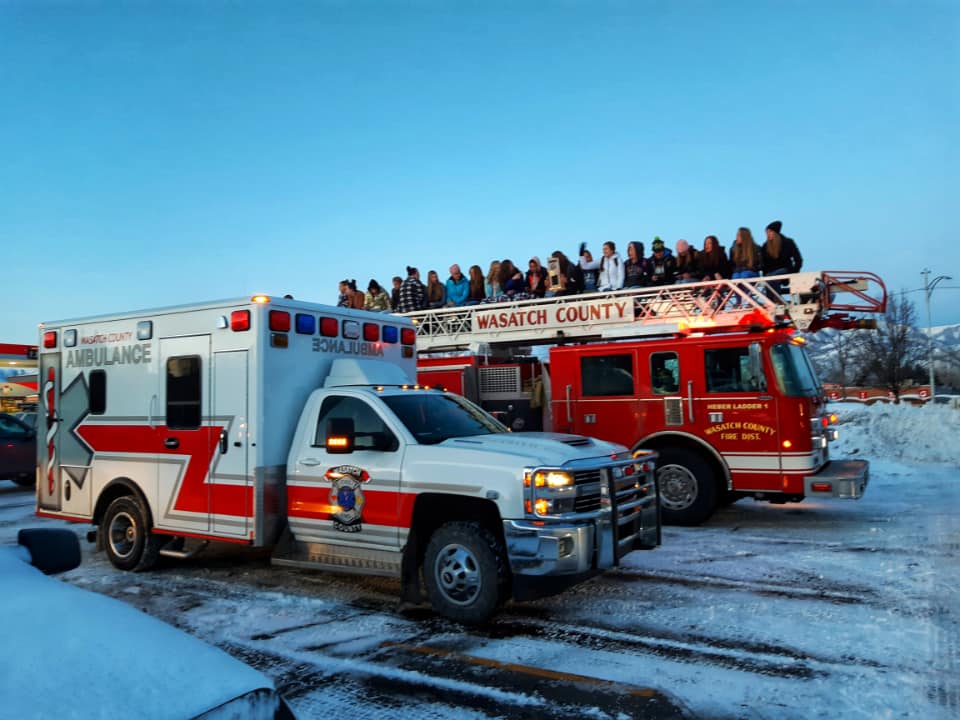 HEBER CITY, Utah — It was just 10 degrees outside in Heber City Monday, but not even frigid weather could put the brakes on a victory parade for Wasatch High School’s swim team.

Wasatch County Fire posted several photos of the parade, which they said was held on Main Street Monday morning.

The post states the team went to the meet as “underdogs” but returned with the state championship.

Photos show the swimmers bundled up in coats and blankets as they rode atop a fire truck for the festivities.