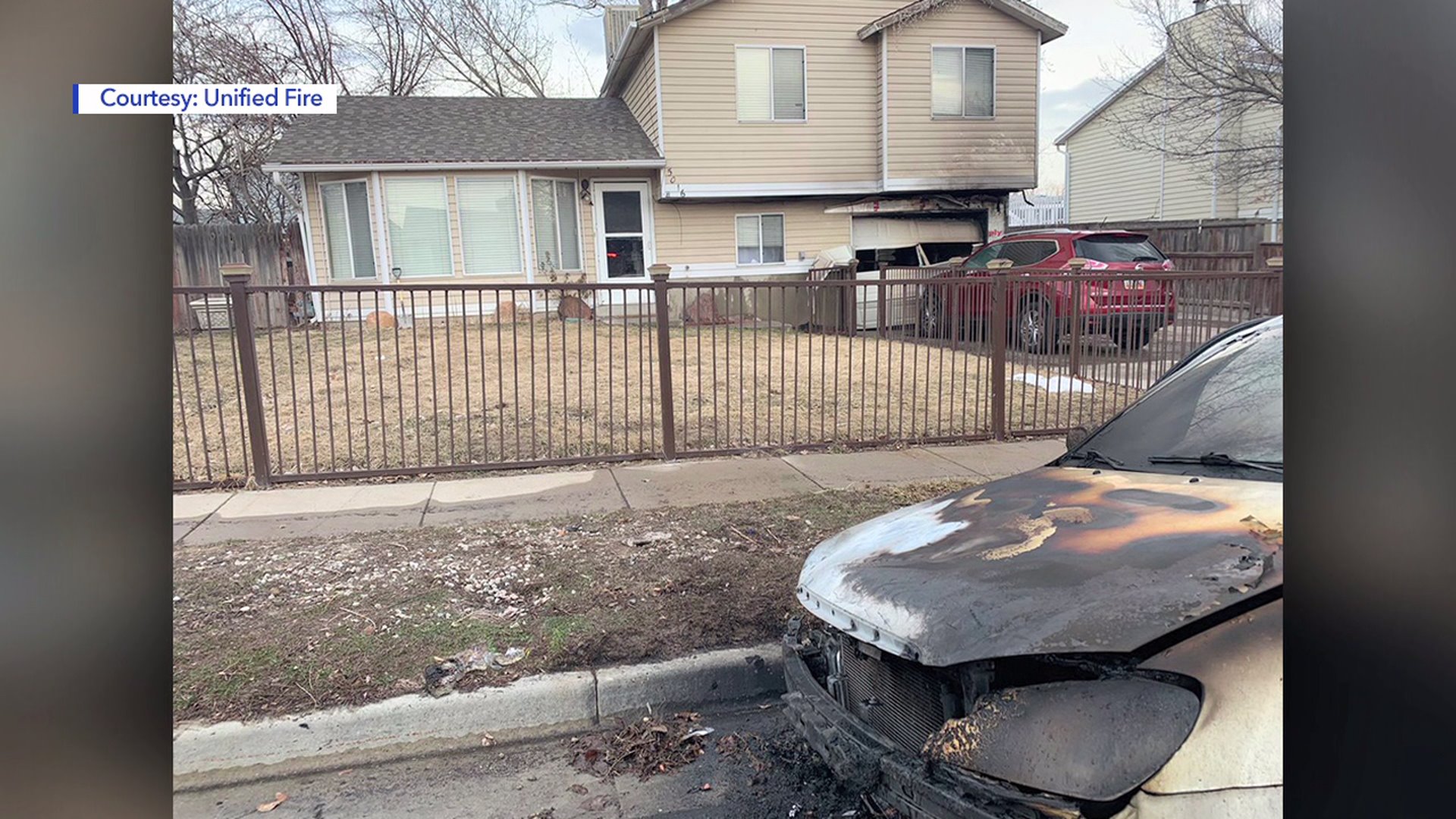 KEARNS, Utah — A woman is in custody and facing arson charges after police say she set two cars on fire that belong to her ex-boyfriend’s parents.

Booking records show Jessica Halee Wright was arrested and booked into jail, where she faces two counts of arson as second-degree felonies.

Police reviewed surveillance camera footage from several nearby homes, and they said that footage shows Wright walking up to the home with a small gas can in her hand.

The booking documents states Wright poured a liquid from that gas can on an SUV in the driveway and ignited the liquid, then repeated the process on a passenger car parked in the street.

Several witnesses identified Wright from that footage, and they told police they knew her because she had previously dated the victim’s son.

Police located Wright and said her vehicle has several dents that match those shown in the surveillance footage.

Both of the burned vehicles sustained major damage amounting to more than $5,000.