ALPINE, Utah — The man who was killed in a trench that collapsed in Alpine Wednesday has been identified as 53-year-old Luis Moran.

Lone Peak Fire District stated the rescue operation became a recovery effort after they responded to a collapsed trench in the area of 700 South Highridge Circle.

Moran was inside the trench when it collapsed, entrenching him up to his neck. The weight of the soil made it difficult to breathe and he died at the scene.

Reed Thompson, Lone Peak Fire District Chief, said they were called about 1 p.m. and responded to a home where crews were installing a swimming pool and digging a hole to search for utility piping.

Crews from several agencies worked to recover the victim.

“Due to the labor-intensive process, rescue technicians from neighboring agencies were also dispatched as part of the Utah County Technical Rescue Team,” a post from the fire district states before thanking personnel from American Fork, Lehi, Pleasant Grove and Orem.

OSHA has responded to the scene as well. 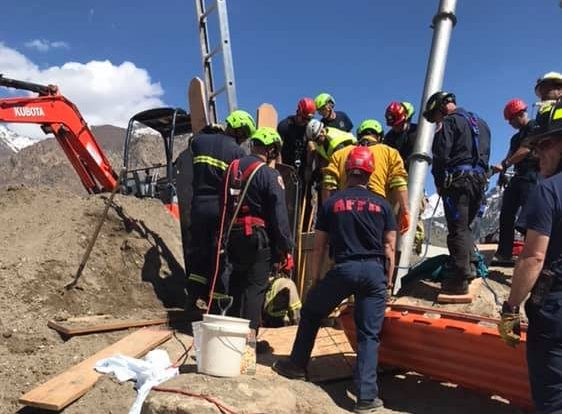