UPDATE: The Utah Highway Patrol states all lanes of State Route 189 have opened as of about 2 a.m. Wednesday after the remaining portions of the crashed semi were removed from the scene.

According to the Utah Department of Transportation, the crash occurred near milepost 25 on SR-189. UDOT first reported the crash on Twitter at 11:24 a.m.

The rollover crash forced intermittent closures along SR-189 throughout the day. "Favorable winds" allowed Utah Highway Patrol troopers to open one or both directions of travel at times.

As crews continue clearing the scene, UHP will initiate a "hard closure" of the highway beginning at 3:30. The closure is expected to last "well into the evening."

According to Wasatch County Fire, the butane will be offloaded from the truck before the vehicle is pulled from the water.

[Editor's Note: UHP initially identified the substance being hauled as propane and later corrected that it was butane.] 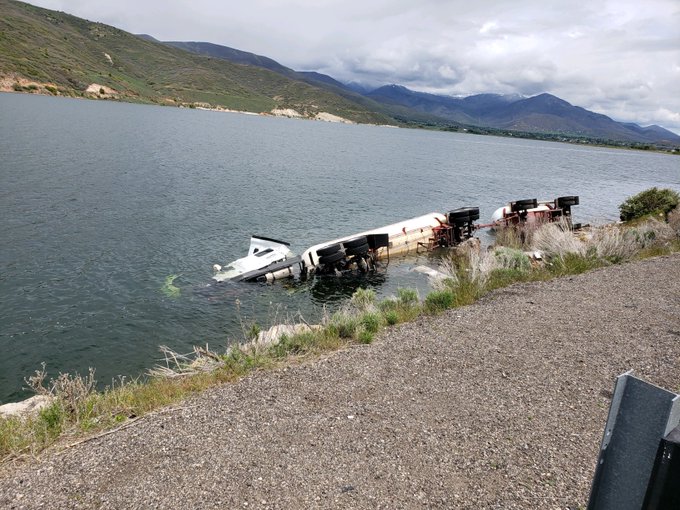