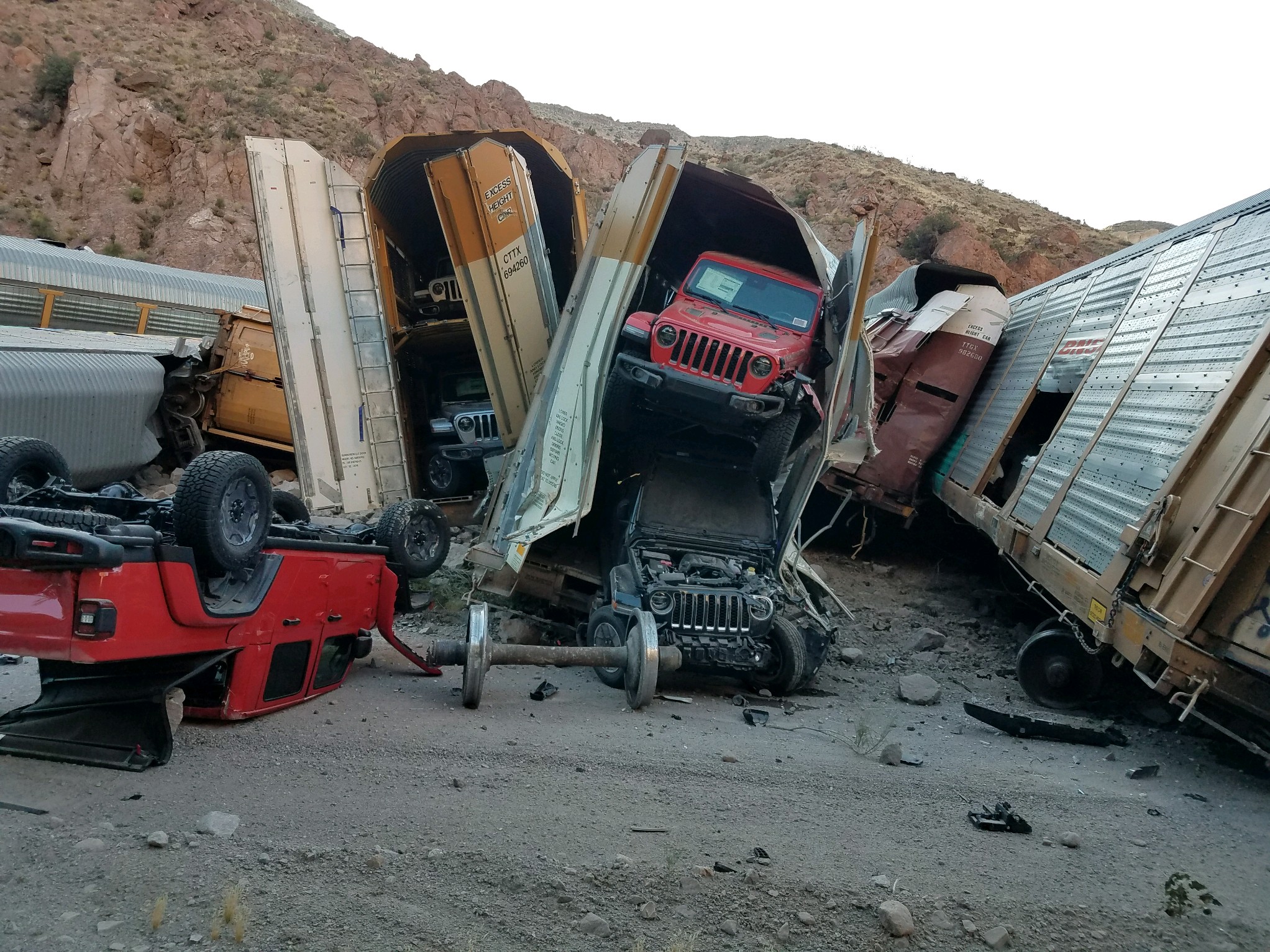 Lincoln County Sheriff Kerry Lee confirmed the crash just after 9:00 a.m. and said it happened about 30 miles from the Utah-Nevada border.

Lee said the crash was the most spectacular mess he has seen, with mostly new Jeep Rubicons and pickup trucks destroyed in the derailment.

County road 4230 from Elgin, Nevada, to Carp, Nevada, is completely closed until Thursday, according to the Lincoln County Sheriff’s Office, and it will remain partially closed for the next 7-10 days because construction equipment, train cars and debris are blocking the road.

Lee said the train had cars hauling hazardous material but none of those cars were impacted by the crash. A hazmat tanker was two cars away from the derailed section of the train, according to Lee.

Lincoln County borders Utah and Arizona and ends just north of Mesquite, Nevada, on the south side.

Caliente, Nevada, is just over 100 miles from St. George, Utah.

Union Pacific is investigating the cause of the derailment and will turn the results of that investigation to the Federal Railroad Administration.