Colonel Salah Osman, a police officer who was part of the rescue operation on Friday night, told CNN that the attack began when a car bomb exploded in a suicide blast at the gate of the Asasey, a heavily fortified hotel 500 km south of the capital Mogadishu. An assault team of four attackers then entered the premises and battled with Jubaland’s security forces for 12 hours.

The attackers were shot dead during the fighting inside the hotel, Osman said, while the car bomber died when the explosives were detonated.

Among the dead were three Kenyans, three Tanzanians, two Americans, one Canadian and one Briton, Madobe said.

Another journalist, Mohamed Sahal Omar, who worked for the Puntland-based Somali Broadcasting Corporation (SBC), was shot dead while attempting to photograph the attackers inside the hotel, according to a statement by the National Union of Somali Journalists (NUSOJ).

A candidate for the regional presidency, tribal elders, and journalists were also killed, Mahad Abdia said. The attack occurred as local officials met inside the hotel ahead of a regional election in August. Dozens were rescued, he added.

Speaking to CNN Saturday morning, a spokesperson for the UK Foreign Office did not confirm a British citizen was among the victims. “We are in touch with local Somali authorities and seeking more information following an explosion in Kismayo,” the spokesperson said.

Terror group Al Shabaab claimed responsibility for the attack in a statement published on an affiliated website, saying it targeted Jubaland state ministers, regional and federal lawmakers, as well as candidates in the hotel. CNN has not been able to independently confirm these claims.

Radina Gigova contributed to this report. 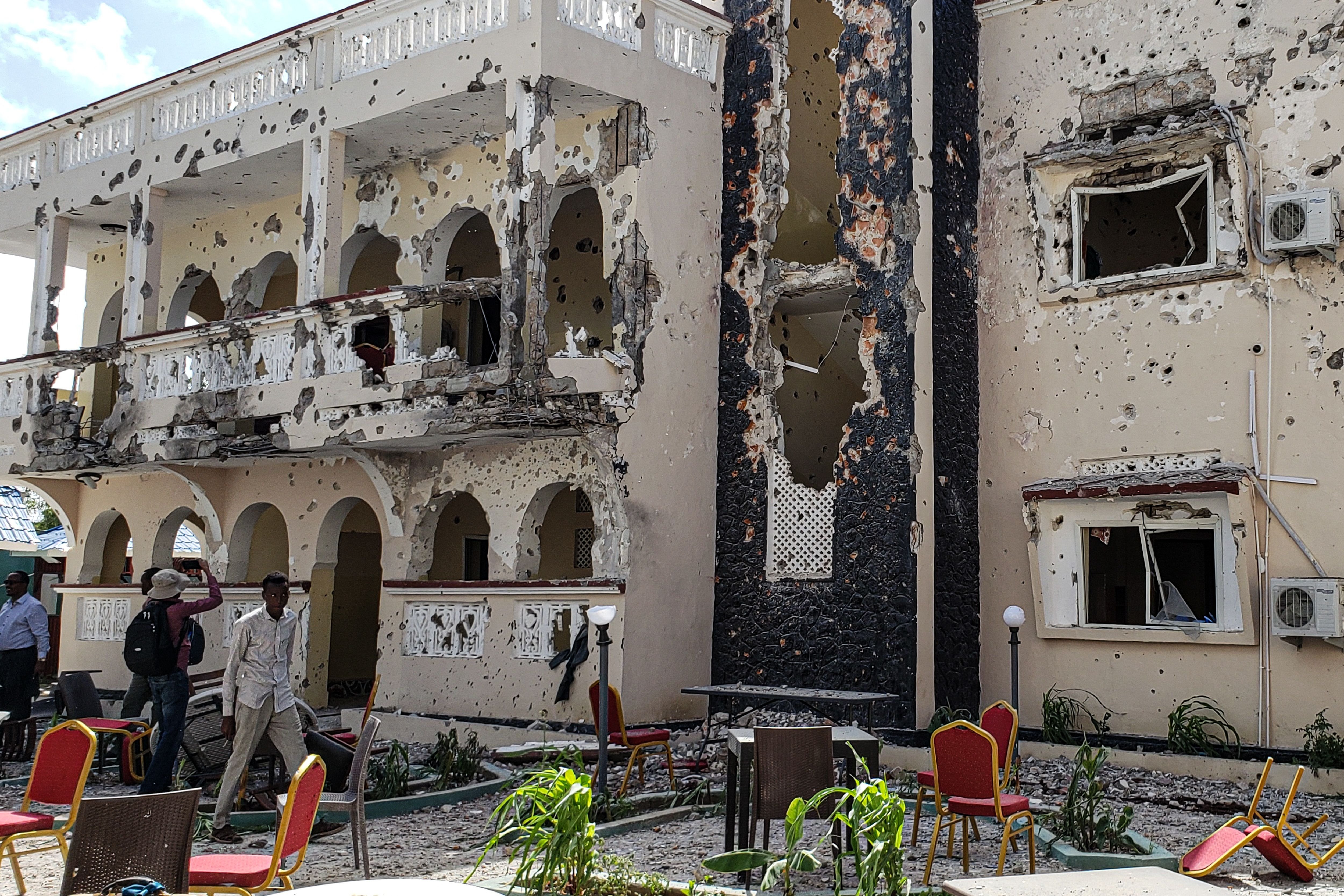