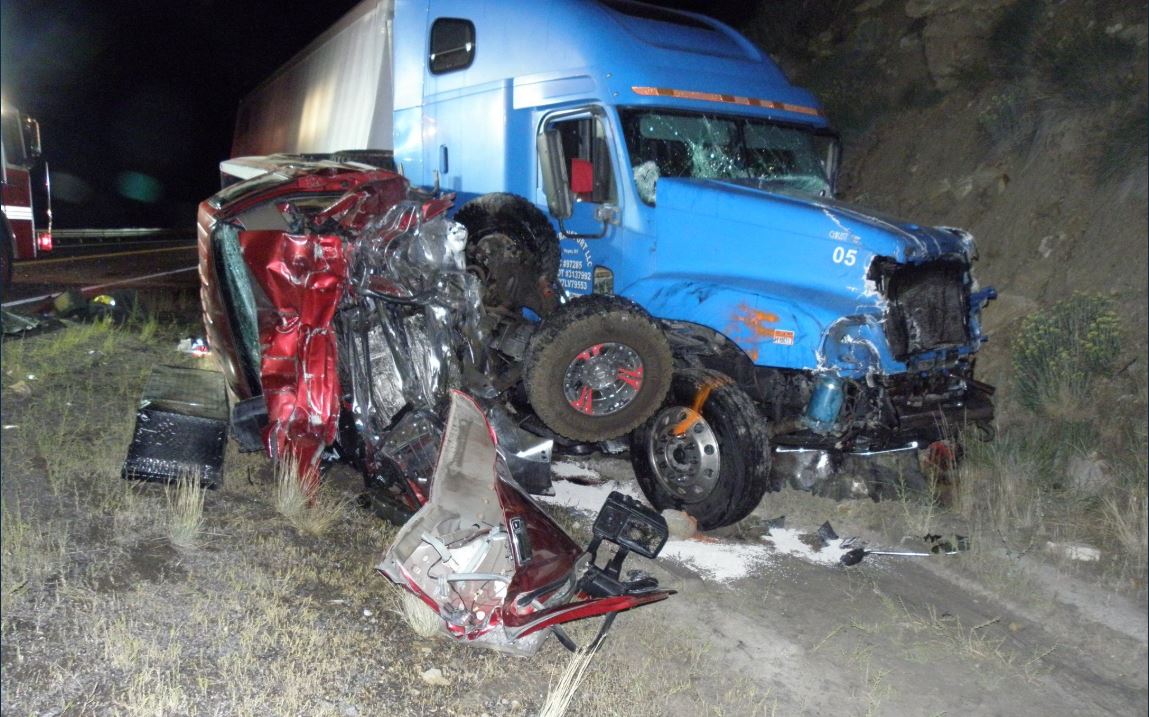 PRICE CANYON, Utah — One person was killed after the driver of a semi attempted to pass another semi in a no-passing zone and struck a pickup truck head-on Friday morning.

The deceased has been identified as 22-year-old Baylan B. Nelson of Huntington.

The crash occurred at 3:18 a.m., and Utah Highway Patrol states it occurred at mile post 226 on US 6 in Price Canyon.

A semi traveling westbound attempted to pass a slower semi “in a no passing zone, on a grade, and on a corner.”

The semi struck an eastbound Ford F-350 head-on. Nelson was driving the pickup truck and died at the scene.

SR-6 was closed and traffic was being diverted onto Emma Park Road and SR-191.

Numerous agencies are investigating the crash and UHP states charges are pending against the driver of the semi.