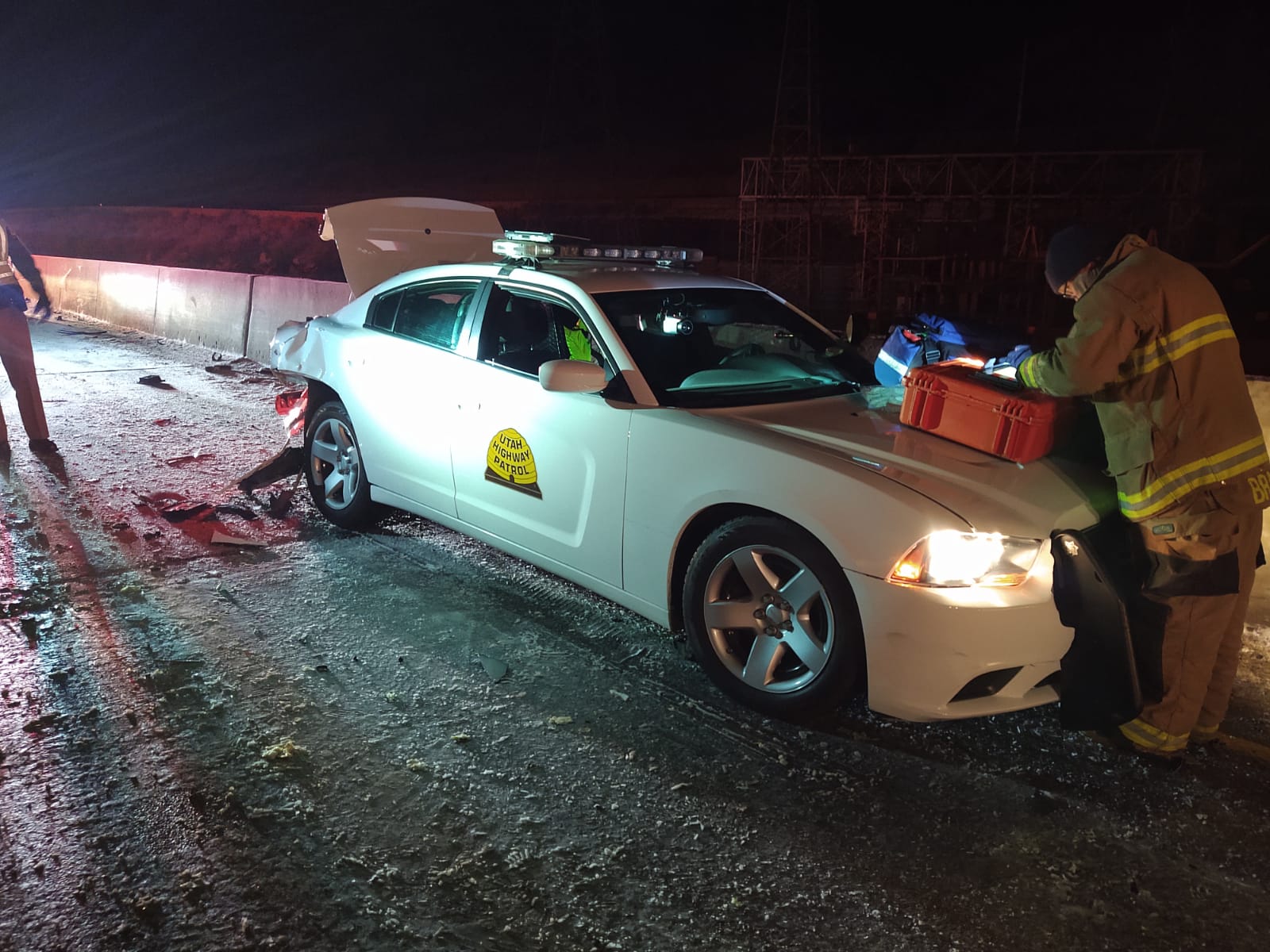 NORTHERN UTAH — A sergeant with the Utah Highway Patrol suffered minor injuries after a driver slid into his patrol vehicle as he was parked at a crash scene along I-84.

The driver failed to maintain control of the vehicle, which slid into the patrol vehicle. The crash comes as winter weather moves into Utah.

The sergeant was taken to a hospital and treated for minor injuries and has since been released to return home.