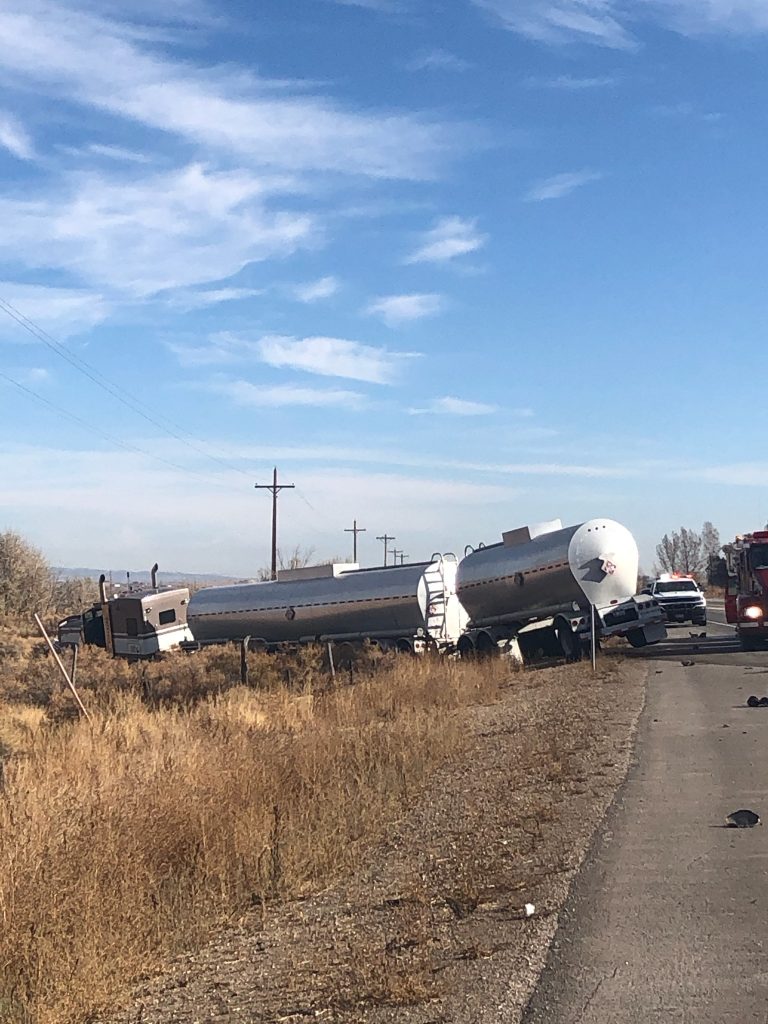 MYTON, Utah — One person was killed after troopers said a driver veered into oncoming traffic and struck a semi head-on in Duchesne County Wednesday morning.

Myton is a small town in Duchesne County, southwest of Roosevelt.

Mordecai was driving a Honda Civic and traveling westbound when he crossed into the eastbound lanes and hit a semi head-on. The Civic was thrown off of the north shoulder and the semi drove off the same shoulder.

Troopers said Mordecai was wearing a seat belt, which broke. He was ejected from the car and suffered fatal injuries.