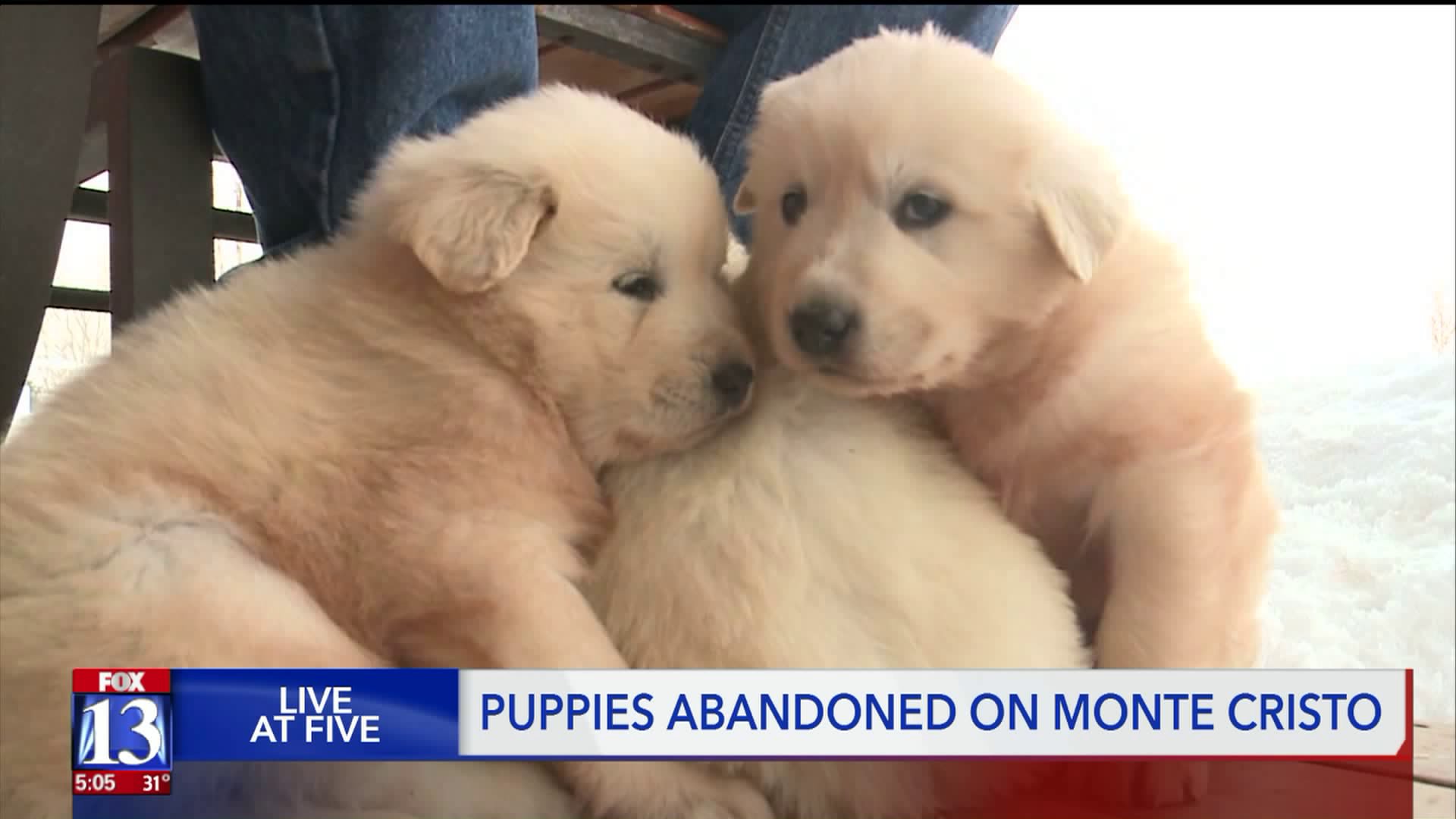 Three puppies are recovering after being rescued from a Weber County mountain top. 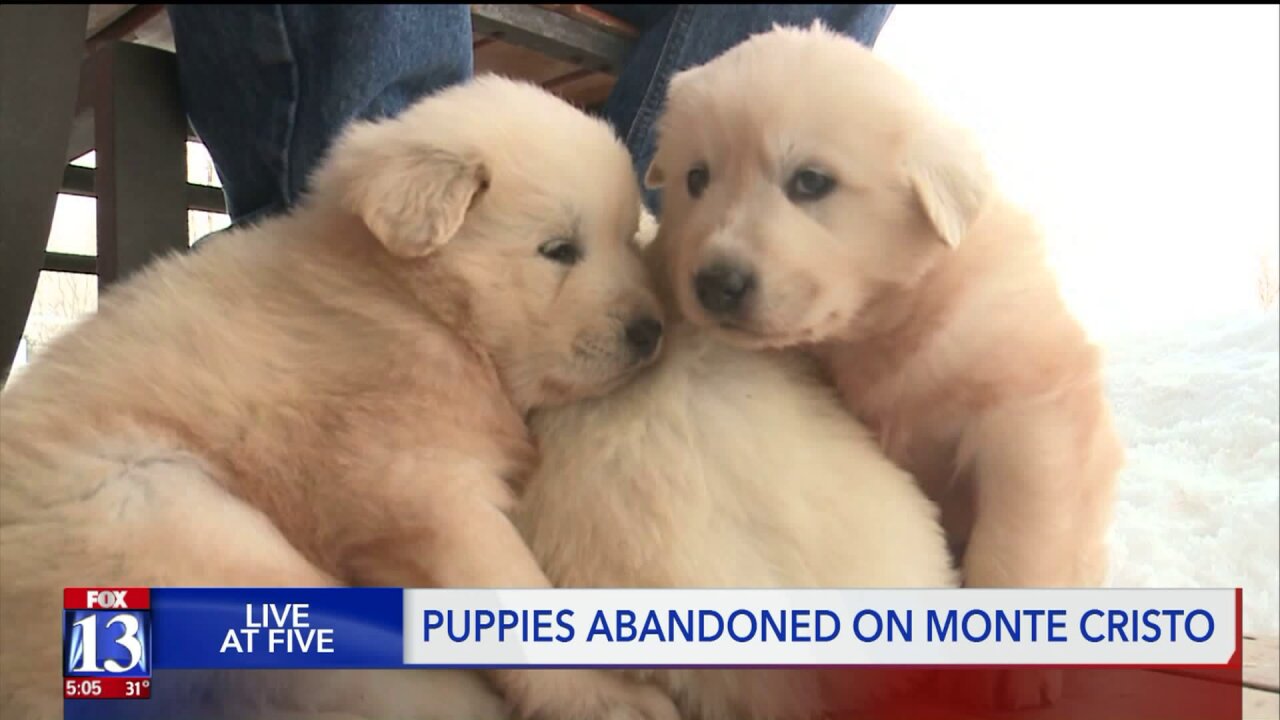 WEST HAVEN, Utah — Three puppies are recovering after being rescued from a Weber County mountain top.

Snowmobilers say it was "just dumb luck" when they found the puppies on Monte Cristo living in a sheep carcass.

Holt and Kat Perry were snowmobiling on Monte Cristo when Perry spotted a dog miles into the backcountry on Saturday.

“I’m not going to leave any animal on the mountain to starve, especially, it was obvious she had pups,” she said.

Despite the couple’s best efforts, they couldn’t get the mother dog. They went back up Sunday, knowing full well it was a long shot.

They found the dog and three pups nearly 5 miles from the closest paved road.

“Everything just fell right into place except for rescuing the mom,” Perry said.

Weber County Search and Rescue just happened to be in the area and helped bring the puppies off the mountain. Their mother was too wild to trust her rescuers. Perry left behind 20 pounds of dog food.

"We didn’t have a leash, we didn’t have a rope or anything so we decided the best thing was [to] get these guys out first and then go back in and try to get her,” Holt said.

Investigators believe the mother was protecting a flock of sheep on the mountain over the summer, which is typical for the Great Pyrenees breed. When the rancher went to collect the herd, they believe, the dog had gone off to have the litter.

"They were living in a sheep carcass. She had found a dead sheep and they had eaten, there was nothing left, just a little bit of wool and a few big bones. I’m sure that’s what she’d been eating on all fall,” Perry said.

Two males and a female survived, likely from a much larger litter.

"The pups were cold, shivering and wet and just a little ball of ice,” Perry said.

Now, the couple is considering keeping one pup they’ve named Polar, as volunteers search for their mother.

The remaining puppies will be adopted out through a Great Pyrenees rescue group based out of Montana.