The killing of Iran’s General Soleimani is hugely significant 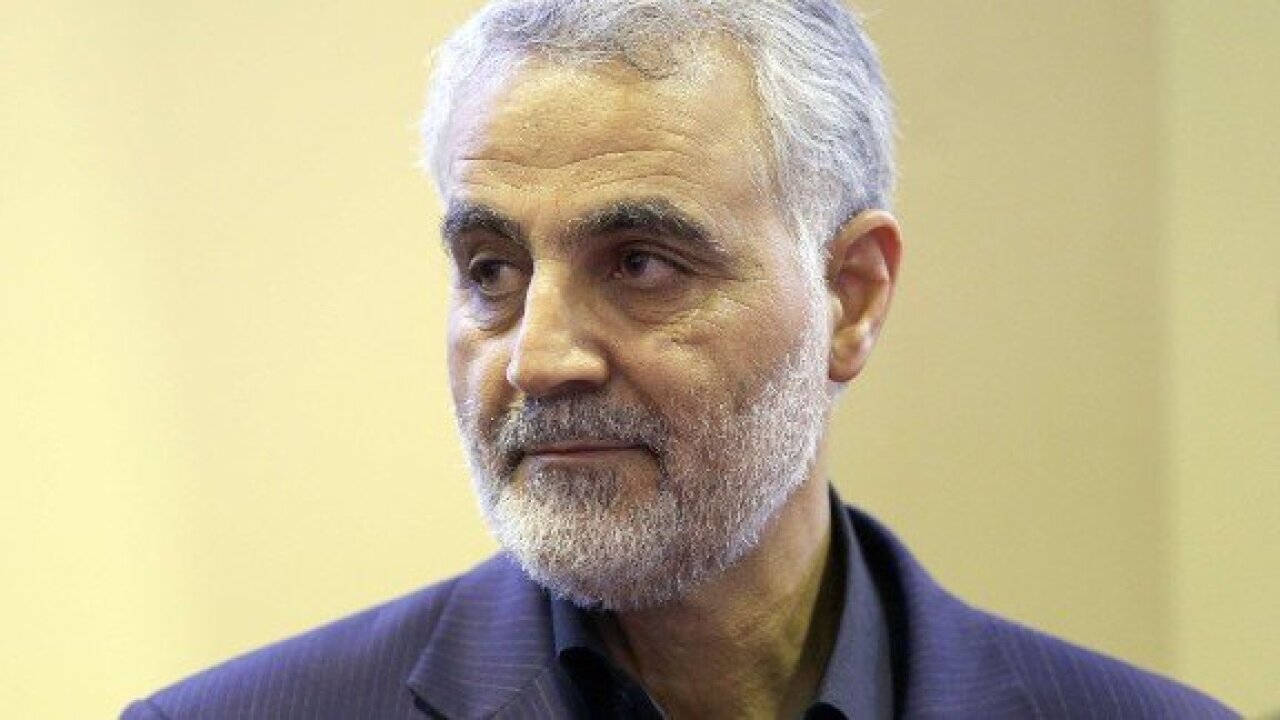 Editor’s note: Peter Bergen is CNN’s national security analyst, a vice president at New America and a professor of practice at Arizona State University. His new book is “Trump and His Generals: The Cost of Chaos.” The opinions expressed in this commentary are his own. View more opinion articles at CNN.

(CNN) — The significance of Thursday’s US strike against Qasem Soleimani cannot be overstated because he ran Iran’s military operations across the Middle East.

Iraqi state TV reported Thursday that Soleimani, the commander of Iran’s Islamic Revolutionary Guards Corps (IRGC) Quds Force, was killed by rockets hitting his vehicle near Baghdad International Airport. The Pentagon then confirmed it was an American strike ordered by President Donald Trump that killed Soleimani.

Here is how General Joseph Votel, the then-commander of US Central Command that oversees American military operations in the Middle East, explained Soleimani’s role in 2018: “Wherever you see Iranian activity, you see Qasem Soleimani, whether it is in Syria, whether it is in Iraq, whether it is in Yemen, he is there and it is the Quds Force, the organization which he leads, that I think is the principal threat as we look at this and the principal ones that are stoking this destabilizing activity.”

During the past decade Iran has conducted proxy wars across the Middle East in Iraq, Syria and Yemen and it also controls much of Lebanon through its proxy force there, Hezbollah. Soleimani was in charge of all these operations.

Soleimani also oversaw operations against US servicemen in Iraq by Shia militias in which hundreds of American servicemen were killed following the US invasion of Iraq in 2003. While eager to wind down US wars in the Middle East, President Trump has proven willing to respond militarily when American lives are at risk. He authorized five airstrikes on Sunday against targets in Iraq and Syria that were associated with an Iran-backed militia that the US blamed for a recent attack on an American military base in Iraq that resulted in the death of a US contractor and in which several American servicemen were wounded.

The wild card now is: How will the Iranians react? In recent months they have carried out strikes that seemed designed to harass the United States and her allies, but not to provoke an all-out shooting war.

In June the Iranians shot down an American surveillance drone. At first, military action seemed probable, but Trump pulled back airstrikes on Iranian targets saying it wasn’t a “proportionate” response to the unmanned drone that was brought down.

Three months later, a barrage of missiles and drones targeted two of the world’s most important oil facilities in Saudi Arabia.

President Trump then tweeted that the United States was “locked and loaded depending on verification” of who was behind the attacks. Yet when the US administration credibly blamed Iran for the attacks, Trump, it turned out, didn’t want to get embroiled in another war in the Middle East and did not authorize a military operation in response to an attack on a close ally.

But just as he did in October when he authorized a risky operation in Syria to capture or kill the leader of ISIS, Abu Bakr al-Baghdadi, Trump approved the strike to kill Soleimani, who has the blood of many Americans on his hands.

Thursday’s strike against Soleimani suggests that President Trump is increasingly confident in his use of American military power.