Activists rally for a repeal of the inland port 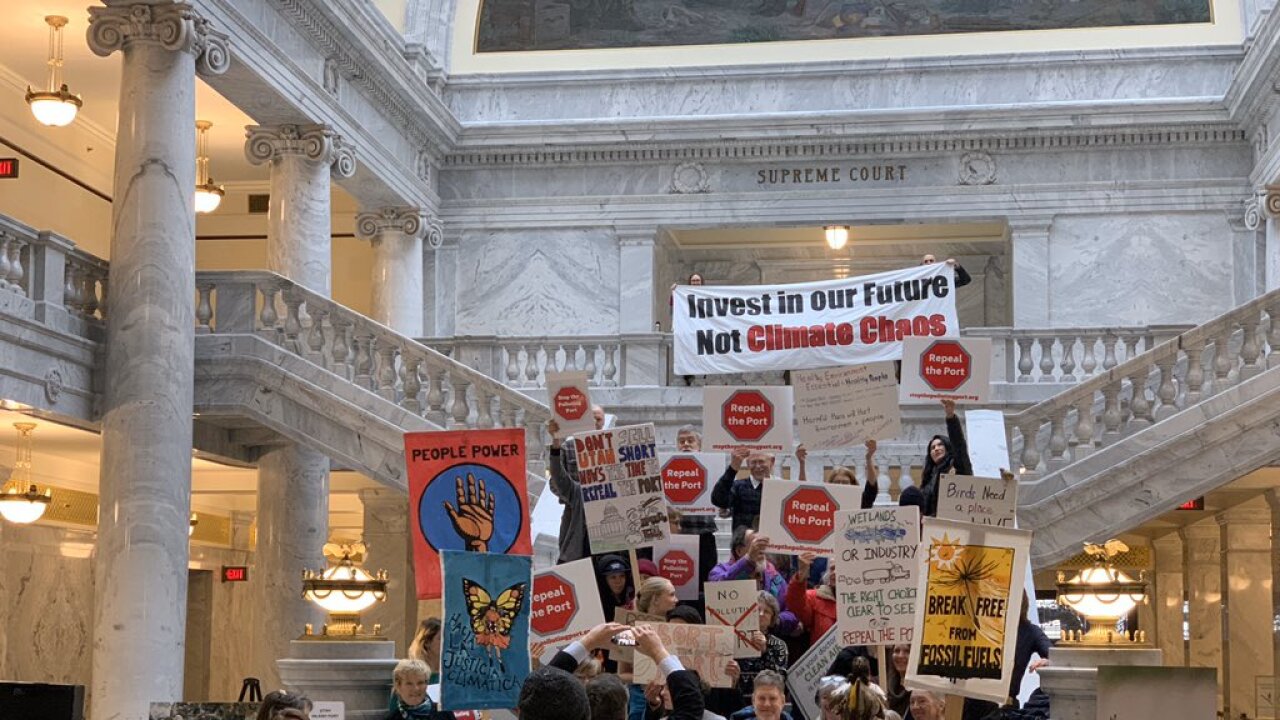 Ben Winslow
Demonstrators at a protest over the inland port project on Feb. 3, 2020. 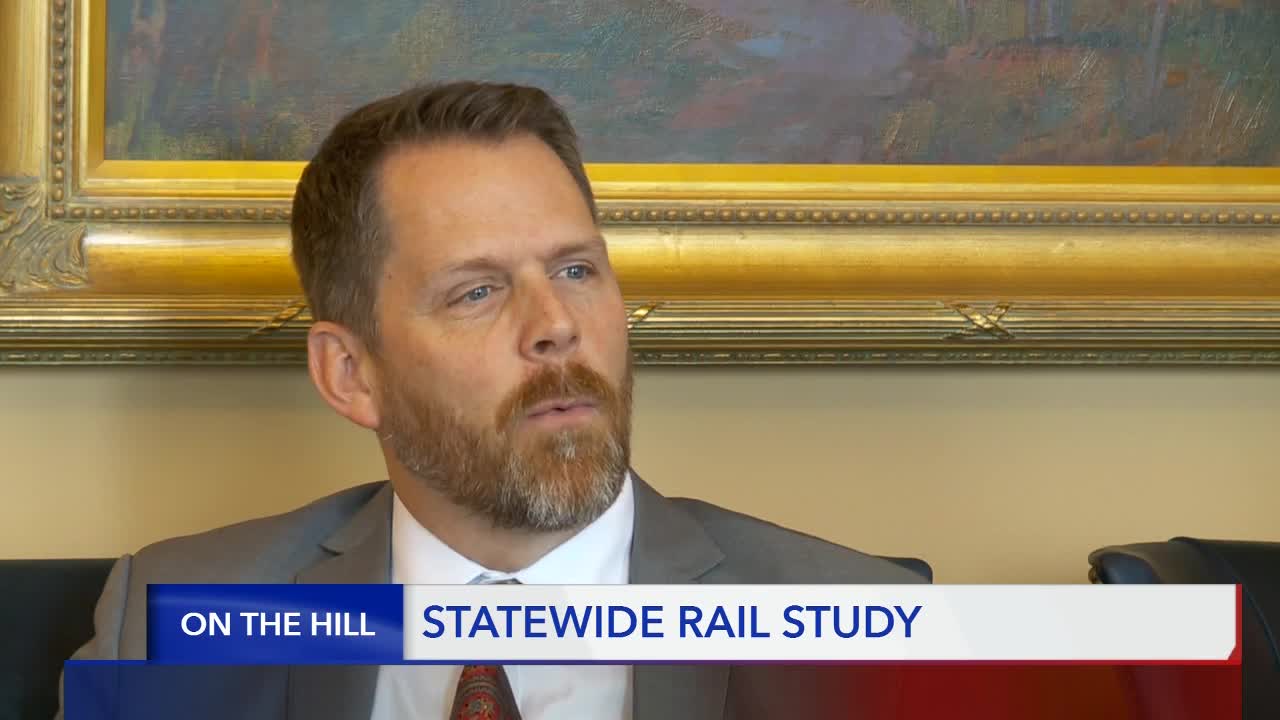 SALT LAKE CITY — How’d you like to go from Salt Lake City to Moab by train? Or St. George? Or even have Frontrunner trains running along the Wasatch Front every 15 minutes?

A new bill introduced in the Utah State Legislature begins to lay the groundwork for a statewide rail system. Senate Bill 92, sponsored by Sen. Jake Anderegg, R-Lehi, would conduct a study on ways to speed up trains, expand service and utilize commuter and freight rail systems.

“We can get more people off the roads on to trains,” Sen. Anderegg told reporters on Monday.

Among the concepts Sen. Anderegg envisions: “double-tracking” Frontrunner along the Wasatch Front. That would allow the trains to run faster -- almost every 15 minutes. He also wants to see rail lines expanded throughout the Salt Lake Valley and in Davis, Weber, Utah and Tooele counties.

“Ridership will never go where it needs to go in the state for commuter ridership without those things: frequency, reliability, dependability,” he said.

Senate President J. Stuart Adams, R-Layton, has pushed the concept of “double tracking.” It has the support of Governor Gary Herbert, who mentioned it in his State of the State address last week, arguing for more mass transit in the Salt Lake City metro area.

“Trains in Europe? I doubt if there’s any that go under 150 miles per hour. Frontrunner is 79. We don’t even compete with third world countries with the speed,” he said.

Sen. Anderegg said Utah needs to emulate Europe and Asia when it comes to rail service. He would not rule out the idea of high-speed rail from Salt Lake City to Moab or St. George, or even up to the ski resorts.

“Those are pie in the sky a little bit,” he acknowledged. “None of that makes any sense if people that are on the west side of Salt Lake County can’t get to work.”

On Monday, more than 100 environmentalists rallied against the port project, calling for it to be repealed.

“Roll it all back and do the environmental analysis and then proceed to make policy decisions based on good scientific data about the harms,” Deeda Seed of the Center for Biological Diversity said. “And that has not happened yet.”

Seed said environmental groups were not ruling out litigation once the project started in earnest. Asked about Sen. Anderegg’s bill, she said there were some good aspects -- but she worried it was an attempt to create a second railyard in the inland port.

“Certainly there are some elements of it that could be very beneficial for Utah. But there also could be things that would cause a lot of concern,” Seed told FOX 13.

Sen. Anderegg said the port project has to be environmentally sustainable, and that includes freight trains.

Sen. Anderegg is seeking money to fund the study.