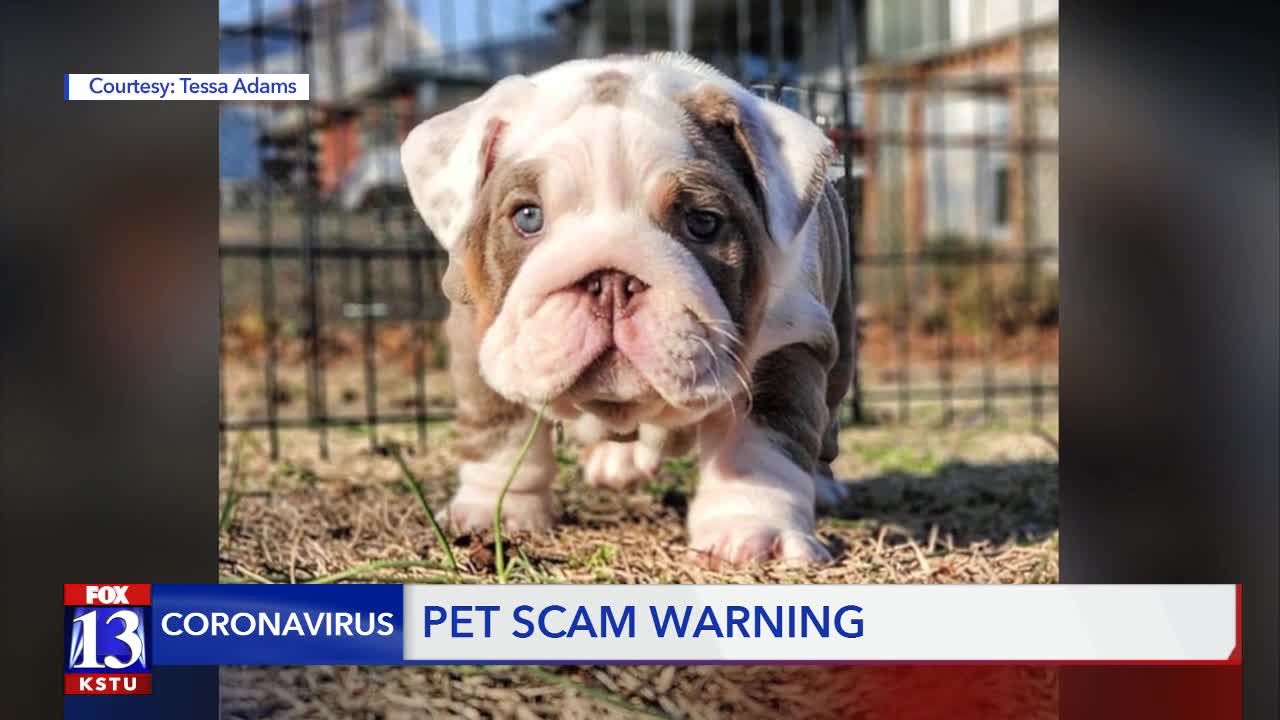 The Better Business Bureau reports a huge increase in pet scammers across the State of Utah—saying the scammers are playing on people’s fears of COVID-19.

The Better Business Bureau reports a huge increase in pet scammers across the State of Utah—saying the scammers are playing on people’s fears of COVID-19.

Tessa Adams and Beth Kamar are both pet owners who were looking to add a new furry friend to their family.

Everything seemed professional, until both said they realized it was a total scam.

Kamar received a video from her seller showing the cat she was supposed to be purchasing.

Adams also received a video showing the English Bulldog she had ordered.

“He was super nice and like, he had called me on the phone,” Adams said .

Both Adams and Kamar are two out of the 500 Utahn’s who have reported being scammed while purchasing new pets in the last two and a half months.

In a full year, Jane Driggs, the spokesperson for the Better Business Bureau, said they usually get 900 to 1,000 reports.

The scammers will ask for shipping fees because they are sending your pet to you from across the country.

“The transport company, it’s made up,” Kamar said , who tried making contact with the company.

Scammers will also ask for a refundable insurance fee and when Adams refused to pay it, she said the scammer tried to make her feel guilty.

“He ended up saying, now the dog is just going to sit in a crate and it’s your guys’ fault for not paying the two grand,” Adams said.

Some scammers will even go as far as to ask you to pay for a COVID-19 vaccine for your pet— which, by the way, there isn’t a vaccine yet.

“They’re playing on fears,” Driggs said . “They’re stealing pictures from other websites and using those on their websites to get people to want the puppies.”

Kamar ended up losing $1,000 and Adams lost $250 — but almost worse than the money was the feeling of being scammed.

Driggs said reporting these scammers to the BBB helps them work on eliminating them.

There are also a lot of pets being dropped off at the humane society — a place, Driggs said, you can go and see your pet before purchasing.