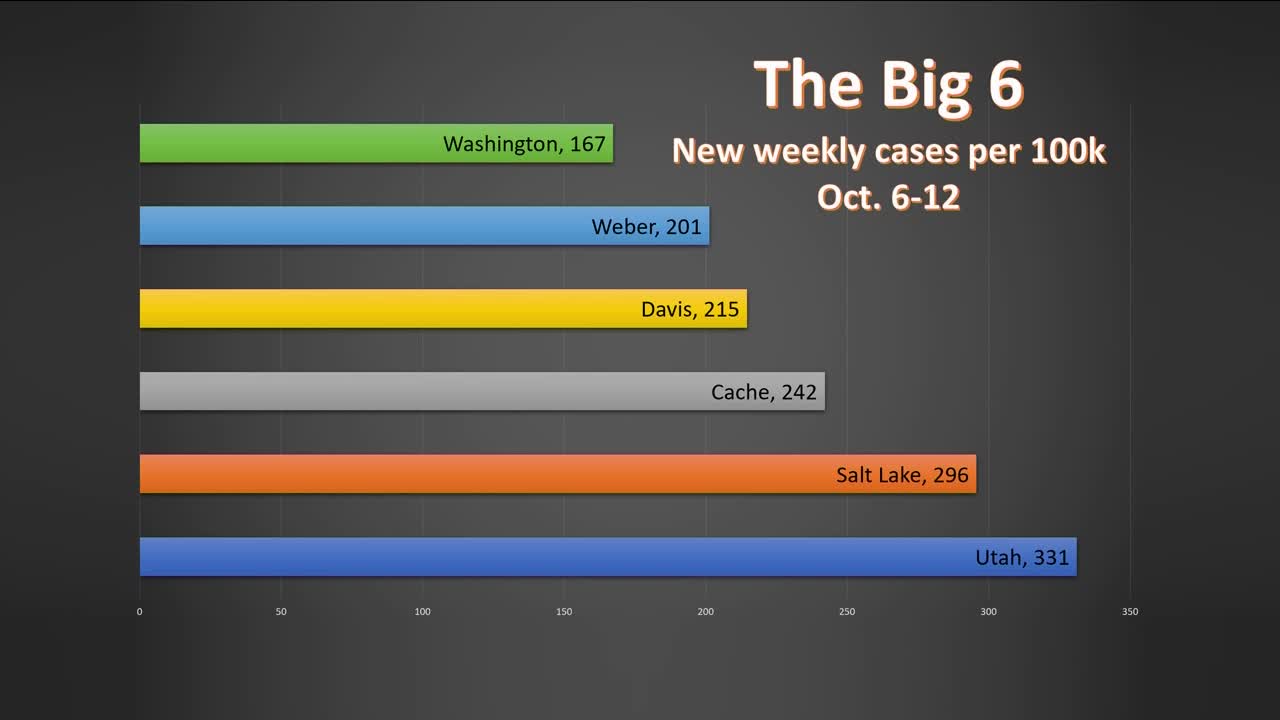 Thirteen counties in Utah just had their worst week of the COVID-19 pandemic.

SALT LAKE CITY — On this map, green is good, pink is bad and the thirteen counties in dark red all had their worst week of the pandemic.

Notice the diversity among those counties with their worst weeks including…

In fact with 12 new cases, Piute County had the highest new infection rate in the state. The entire county has about 1,700 residents, and before this week they had a total of ten cases reported.

You’ll also notice another small county, Garfield, had a bad week with 19 new cases in a population just over 5,000.

Our ten counties with populations between 20,000 and 100,000 tended to show lower rates of new infection than large and small counties. Yet five of the ten (as listed above) had their worst weeks. And Wasatch and Summit continue to see high numbers. As in recent weeks, counties performing poorly reflected well in comparison to counties performing terribly.

Speaking of counties performing terribly: the Big 6 Counties each with more than 100,000 residents did just that.

By the way, I think these new criteria for the “Transmission Index” will be much easier to understand over time because they draw clear lines based on the data. That said, as a non-scientist, non-mathematician I was at first overwhelmed by all the “greater than or equal to” signs and decimal-laden metrics. But pushing through the initial fear…It seems to me to be about these three simple questions:

And…
3. …are the state’s hospitals and ICUs filling up?

We’ll adapt our reports to make sure you have a clear picture of what’s happening regarding these questions each week.