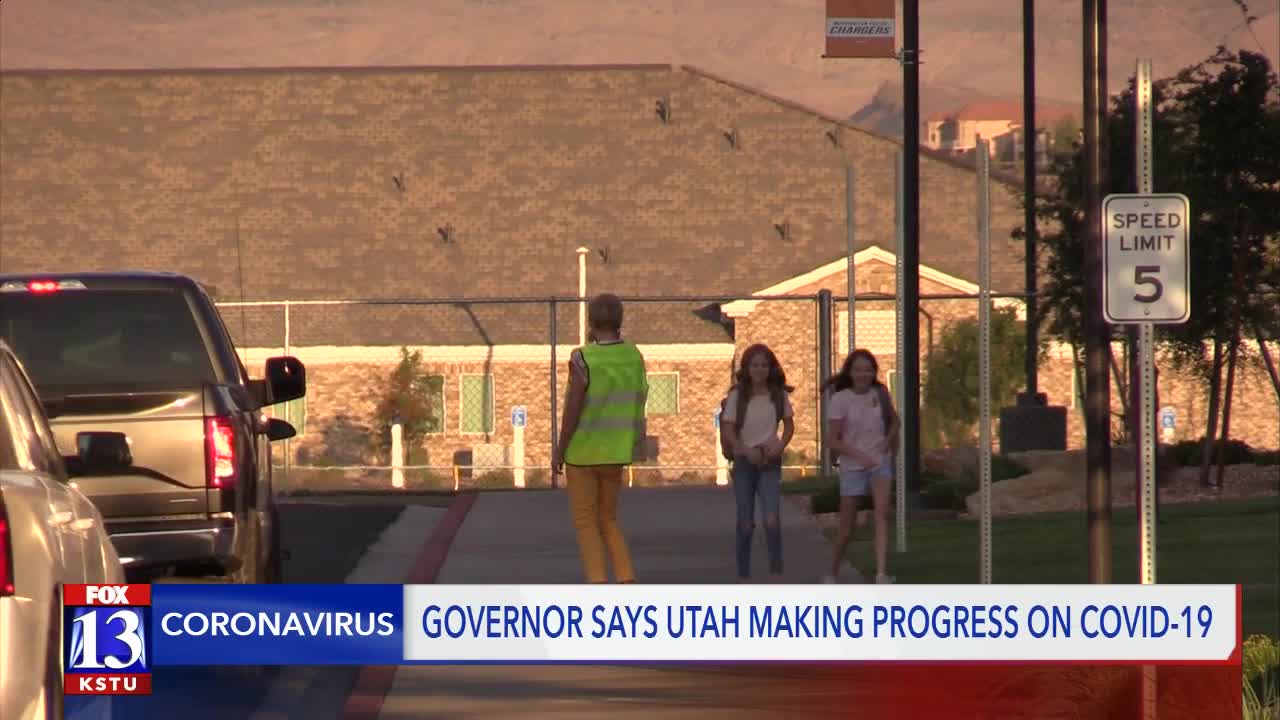 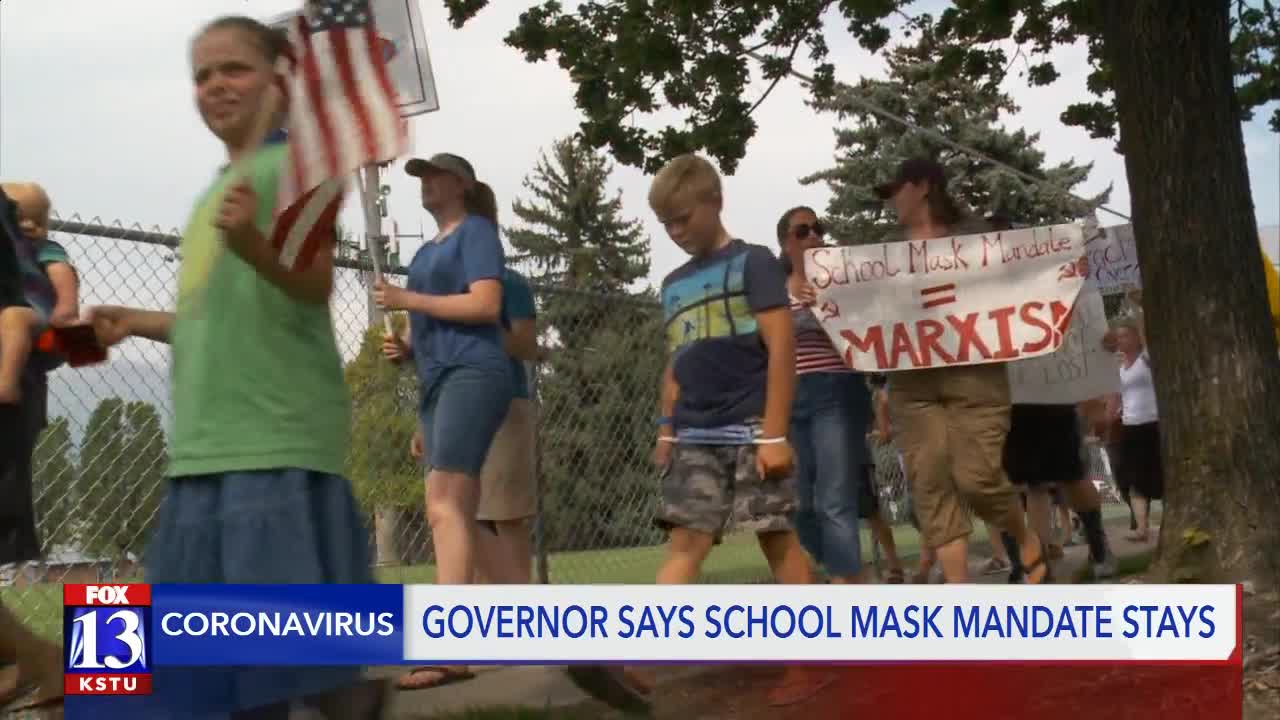 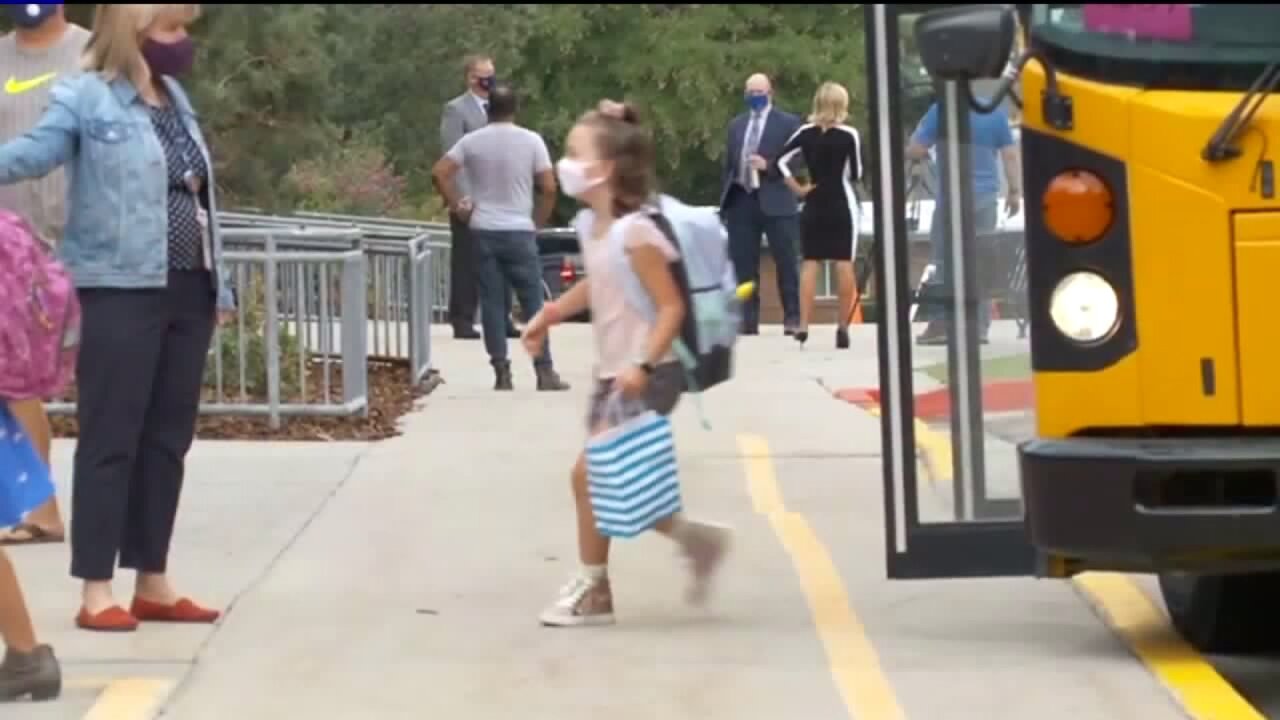 "Keep it up," she urged Utahns during a news conference on Capitol Hill on Wednesday.

Dr. Dunn and Governor Gary Herbert said in order for cases to continue to decline, people must continue to practice physical distancing -- staying at least six feet from others -- washing hands and wearing face coverings. Both Dr. Dunn and the governor said that if anyone displays even the mildest symptom consistent with COVID-19, seek out a test.

"As we reach the end of August, I think we all really need to proud of what progress we’ve made and where we’re at," Dr. Dunn said, referencing the steady decline in positive cases over the past month.

On Wednesday, Utah passed the 50,000 mark for COVID-19 positive cases since the pandemic began in mid-March. The Utah Department of Health reported 407 new cases and four new fatalities.

Gov. Herbert said continuing to follow health guidelines is essential as school resumes and Utah's economy continues to recover. But he urged caution with back-to-school resuming. Utah's Department of Health had already reported 17 outbreaks at schools statewide. An outbreak is defined as 2 or more people in a class, or 15 people or 10% of an entire school body. 91 cases of COVID-19 had been tied to schools with the median age being 17.

The governor's education advisor, Tami Pyfer, said overall back-to-school efforts have been working out.
"The school openings certainly have not been without challenges. There’s some bumps, some miscommunications, major adjustments and minor adjustments," she told reporters. "We’ve been encouraged the feedback we’ve gotten has been overwhelmingly positive."

To keep students, teachers and staff safer, the governor has mandated face coverings in all K-12 schools. It's prompted protests across the state from people who have demanded it be "voluntary." Asked by FOX 13 about those demonstrations, the governor reiterated his support for a mandate.

"I think the policies we have in place right now are good ones. They’re based on the best science, the best medical advice, common sense and what it takes to slow down and spread the virus," he said.

At his news conference, the governor invited three students from Enterprise High School in southern Utah to speak. They emerged as vocal supporters of face coverings in schools, combatting online debate over what students wanted.

"The problem was, the parents were putting their agenda on the kids," Dawson Thellin said of protests driven by adults over face masks.

Dallee Cobb acknowledged she didn't like wearing a face mask, but she said she was more than willing to because school is about more than just classroom instruction. It also meant extra-curricular activities and seeing her friends again.

Gov. Herbert has been reluctant to issue a statewide face mask mandate, preferring that Utahns voluntarily adopt it out of concern and compassion for their neighbors. He has, however, allowed local communities to issue their own mandates. Salt Lake County Mayor Jenny Wilson released a study on Tuesday showing 90% compliance with her mandate correlating with a decline in novel coronavirus cases.

On Wednesday, the governor declined to weigh in on the political battle in Provo where the city council unanimously adopted a mandate and Mayor Michele Kaufusi has said she will veto it.