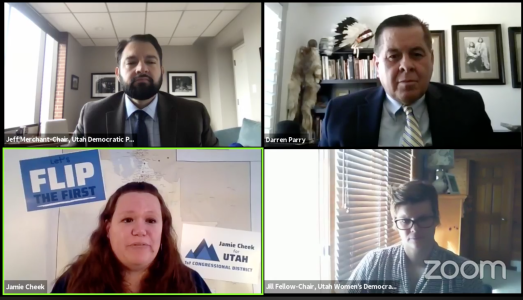 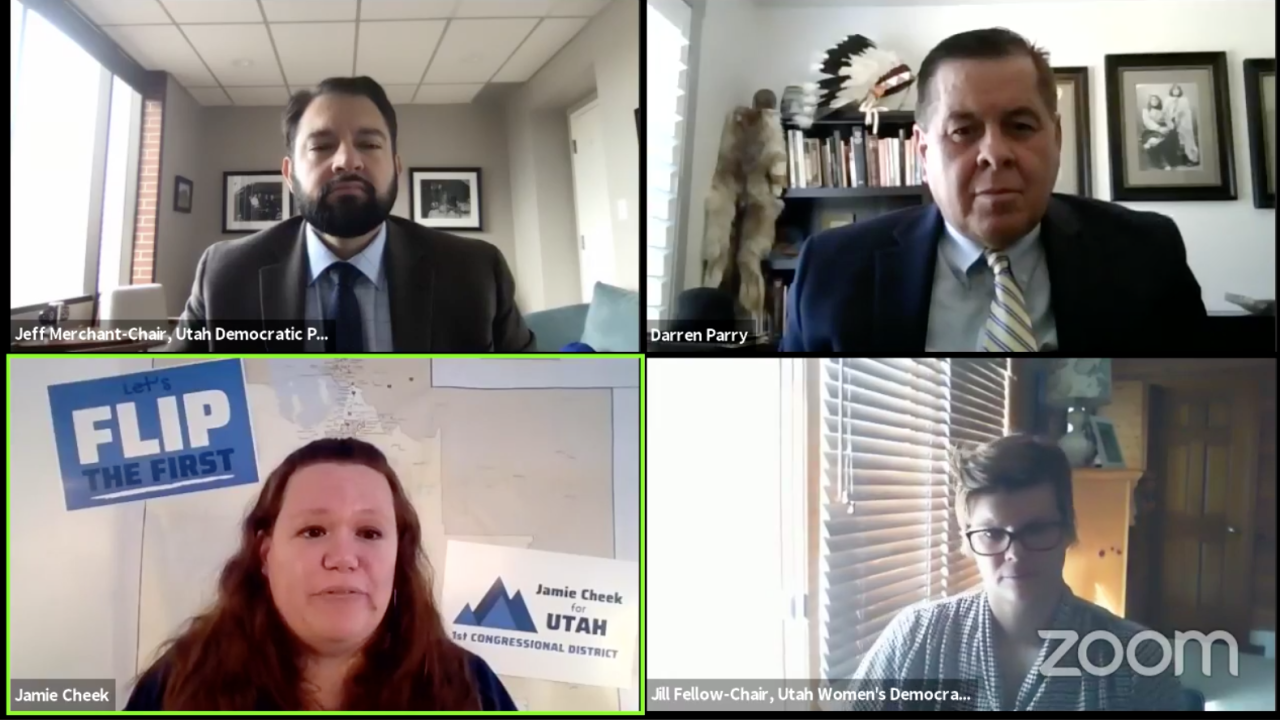 SALT LAKE CITY — For the first time that anyone can remember, Utah's largest political parties will not have a physical state convention. Instead, the novel coronavirus has forced them to hold "online only" state conventions.

The Utah GOP and the Utah Democratic Party traditionally have held an annual state convention where thousands of delegates pack an arena for a day-long event of speeches and rounds of balloting.

Candidates anxious for a vote shake hands and pose for pictures. Social distancing and the potential for COVID-19 to spread means none of that will happen this year.

"Certainly very different than it’s always been," Utah Democratic Party Chairman Jeff Merchant said. "The fun thing, the exciting thing about a convention is we get a lot of people together, we get to talk, debate, discuss the issues and most importantly, is you get to meet the candidates face-to-face and talk one-on-one."

Instead, both parties' events on Saturday will be held entirely over the internet. Health directives about social distancing and staying home have forced candidates to change their campaigns. FOX 13 has documented candidates holding town halls on Zoom or over the phone, answering delegate questions on Facebook, posting YouTube videos with their stances on issues and reaching out one-on-one over the phone or FaceTime.

Some campaigns have complained it's just not the same, while others have said it cuts travel time and is a better use of a candidate's time to reach people from Logan to St. George. But the party chairs each said in interviews with FOX 13 that delegate participation is up significantly.

"You had places like Utah County that had 89% participation which is phenomenal," said Brown of this past weekend's Utah County GOP convention. "I had a lot of people that I saw posting and reach out to me and said I spent a lot of time just getting to know candidates, and the actual convention experience for me was like three minutes. A lot of them said, 'This is the greatest convention of my life!'"

How the conventions are run will be completely different. The Utah Republican Party, the state's dominant political party, will technically spread out its convention over several days. Candidate speech videos will be posted to the party's website on Wednesday morning. On Thursday, voting opens for the more than 4,000 deleages and will close at 5 p.m. on Saturday, Brown said. The party is using a secure app to count the delegate votes and will maintain a hotline if there are issues. Results will be posted once the votes are verified.

"It basically does what we would have done in a convention, but instantaneously," he said. "It’s saving a lot of time."

(The online nature of the convention also eliminates intra-party spats over rules and parliamentary procedure that often took hours to resolve during an in-person convention.)

The Utah Democratic Party has created a special website for its convention where candidate videos and speeches are being posted, along with contact information for each candidate to reach out. Online balloting will be held most of Saturday before results are announced by party leaders.

See a video of how ranked-choice voting works here.

"We’ve seen people whose speeches have made or break their race," Merchant said. "So this does create a little bit less of that in-person, last-second situation for the candidates, but it gives [delegates] more time to engage."

The United Utah Party and the Libertarian Party of Utah have also pivoted to online conventions, though not at the scale of their GOP and Democratic counterparts.

Utah election law also allows for signature gathering to earn a spot on the June primary ballot. Some of the congressional, legislative and gubernatorial candidates utilized it giving them a place even if they fail to make it out of convention.

Brown said he wanted to push the GOP to utilize more technology at state convention and, once they resume a more traditional in-person event, he'd like to see that continue.

"We’re still going to have the convention, the in-person dynamics. You have to have that," he said. "The main takeaway from this year? Is getting people accustomed to technology."