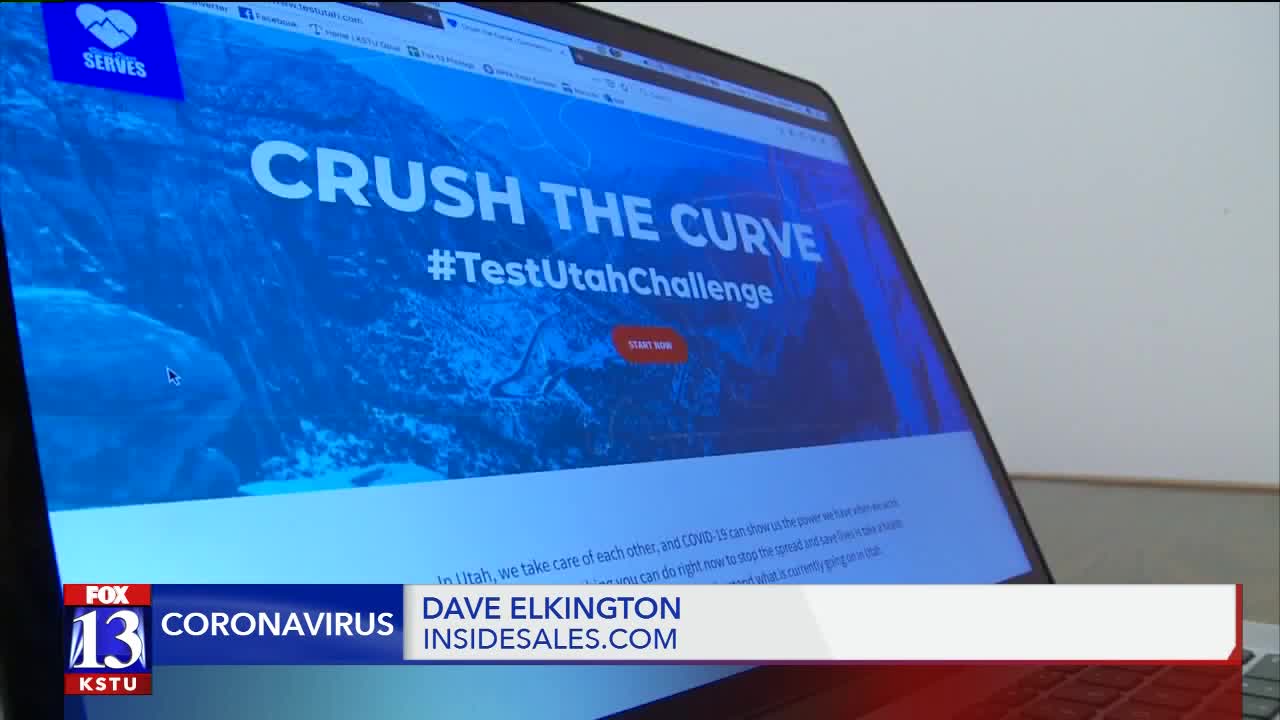 SALT LAKE CITY — Governor Gary Herbert announced a new partnership with Silicon Slopes, the coalition of tech companies in the state, to push for an expanded testing capability.

"Guess what? We have had a real breakthrough today," he told reporters at his daily briefing on the COVID-19 pandemic.

Flanked by leaders of some of Utah's biggest tech companies, the governor announced a new push by Silicon Slopes to expand testing for novel coronavirus. TestUtah.com, a website pushed by Silicon Slopes, allows for people to go online and fill out a questionnaire to see if they should go get a test. It even gives them a QR code and an appointment slot.

In addition, Silicon Slopes is opening up two more testing sites -- one in Orem and another in Provo.

The initiative is ambitious. Tech company CEOs appeared excited to discuss how they've "open sourced" supply chains for testing supplies and created a website they believe can gather data about people and ultimately pinpoint "hotspots" for the virus.

"This is a startup. It’s young. The early results are incredible," said Ryan Smith, the CEO of Qualtrics.

Even state officials seemed hopeful of the results.

"We’re building capacity so we don’t have to live our lives in shelter all the time," Lt. Governor Spencer Cox, who heads the state's COVID-19 Task Force, said. "So we can find the people they’ve come in contact with, even if they don’t have symptoms so we will eventually be able to test all of them."

Testing has been a critical issue for the state. Utah has partnered with Intermountain Healthcare, ARUP and University of Utah Health for COVID-19 test sites. It has increased in recent weeks, giving Utah increasingly good data about who has the virus and helping pinpoint where they contracted it.

On Thursday, the Utah Department of Health announced that 1,074 people have tested positive for COVID-19. There have been 21,065 tests administered and 100 people hospitalized. So far, seven people have died from it.

Silicon Slopes said data collected from the TestUtah.com website would be shared with the Centers for Disease Control and Prevention and the Utah Department of Health. The tech companies, who thrive on data, promised to delete it all when the crisis was over.

"We’re going to be very transparent. No tech company is going to make any money off of this," said Clint Betts, the CEO of Silicon Slopes Commons, the group representing the tech companies.

Pressed about the scientific soundness of the initiative, Kristen Cox, the director of the Governor's Office of Management and Budget conceded they were breaking some new ground.

"We are not medical experts. So when it comes to testing protocol, who gets in first, what are their risk levels, how do you triage, that has been developed by experts at the department of health," she said.

The state epidemiologist told reporters on Thursday that she still recommended only those who are showing symptoms of COVID-19 go get tested right now. But Dr. Angela Dunn said more data is good for the Utah Department of Health to know the scale of the pandemic in the state.