Herbert not granting SLC's request for 'orange' COVID restrictions yet 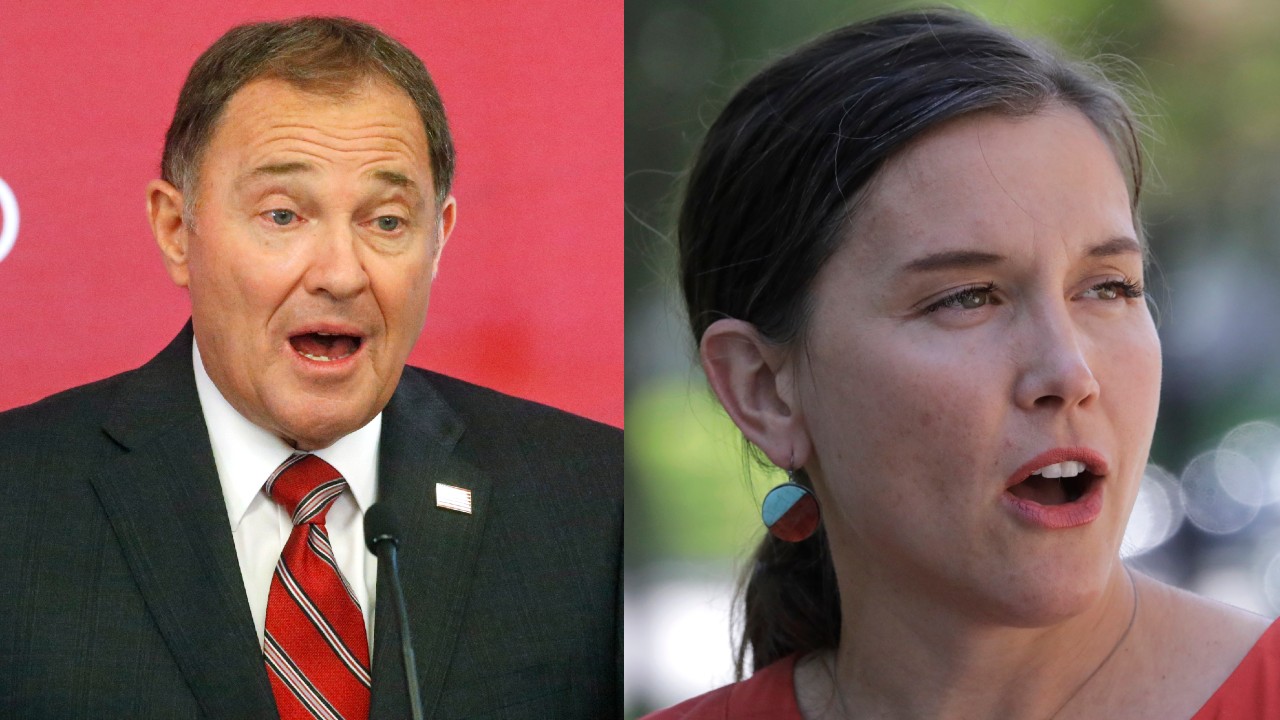 SALT LAKE CITY — Governor Gary Herbert is not planning to grant a request by Salt Lake City to move to a tighter COVID-19 restriction level quite yet.

In an interview with FOX 13 following the vice-presidential debate at the University of Utah, the governor said he would like to meet with Mayor Erin Mendenhall and discuss the request.

"It’s more than just going to orange, as I understand it. So I’ve got to find out, have a discussion, see if we it’s something we can grant or something we think it'd be appropriate to do. So that discussions yet to be had maybe by next week we can have a decision on what we should or shouldn’t do," Gov. Herbert told FOX 13.

Mayor Mendenhall requested this week that Salt Lake City move to tighter restrictions in response to a surge in COVID-19 cases. It would mean that some businesses would face additional hurdles and gatherings would be limited in size. Most of the state is in "yellow" or "green" restrictions on the state's color-coded scale. Only Provo and Orem are in orange.

In her own remarks to FOX 13, Mayor Mendenhall said she had yet to hear from the governor but had a warning for Salt Lake City residents.

"This virus is increasing at a dramatic rate. We've seen the three highest days of the entire pandemic in the past couple of weeks. We've got to be wearing these masks more often than when we go to work and go to the grocery store," she said, tugging on her own face mask. "We are not doing as much as we can and that solution is right here in our own pocket."

Utah has been consistently recording over 1,000 new cases of COVID-19 for almost a week now. Thursday was expected to bring another high number of cases.

Asked if he intended to impose new restrictions, Gov. Herbert did not signal anything coming.

"It really is a matter of everybody kind of taking ownership. You know, government can only do so much. Whether it’s a mandate or we're asking you to do it because it's the right thing to do and you're use your own free will and agency to make good choices," he said. "Unless we all come together and say 'I’m going to protect you and you’re going to protect me, our vulnerable populations,' we won’t get out of this as well as we could."