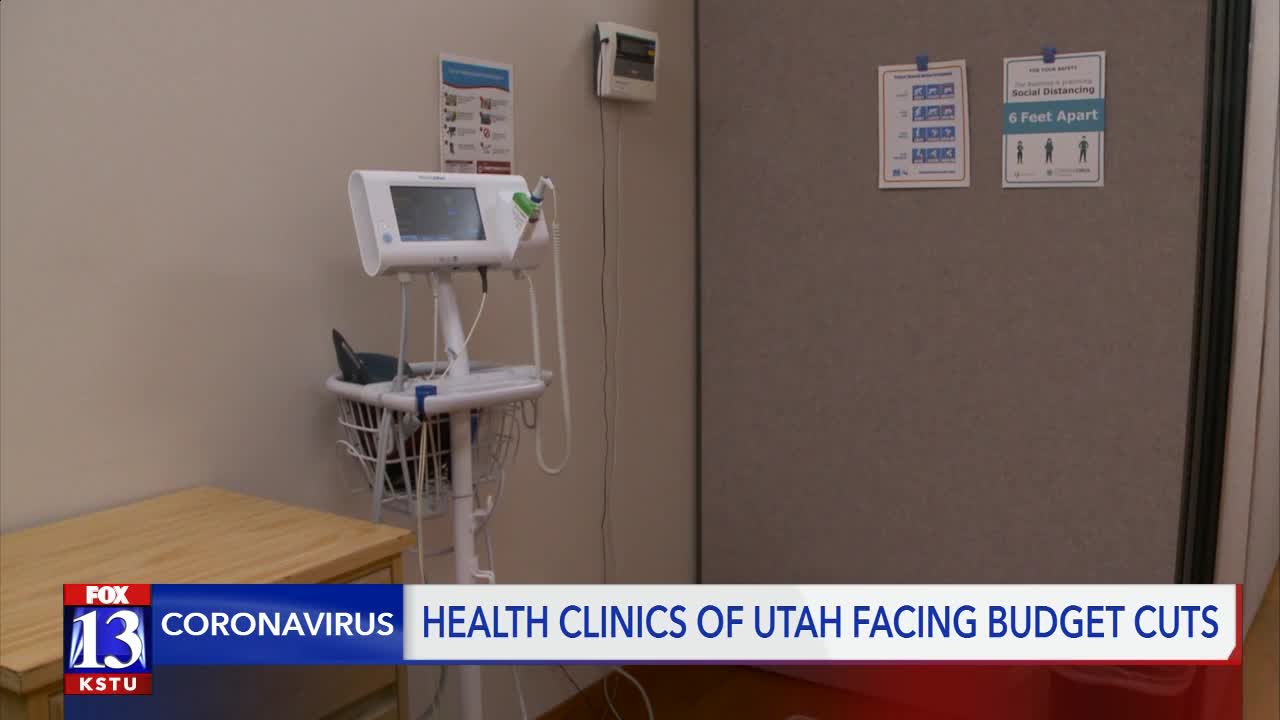 Utah lawmakers are grappling with some tough decisions as they make budget cuts during Covid-19. Health Clinics of Utah and Family Dental Plan is on their list and may have to shut its doors.

SALT LAKE CITY – Utah lawmakers are grappling with some tough decisions as they make budget cuts during COVID-19. Health Clinics of Utah and Family Dental Plan is on their list and may have to shut its doors.

“Sometimes it's the difference between going to the doctor or paying for groceries for your kids so it's a hard decision for people,” says Michelle Grossman, the manager of the Salt Lake branch of Health Clinic of Utah and Family Dental.

She says the clinics in Salt Lake City, Ogden and Provo are in jeopardy of closing due to state budget cuts.

“We provide services for 13,000 patients right now that are unfunded or have Medicaid or Medicare. They don't have another place where they can go to get these same services,” said Grossman.

Cat Palmer is one of Grossman’s patients.

“There's been times that I've struggled with suicidal ideation throughout the years and I realize it was time for me to get help," Palmer said.

The single mom and photographer rely on the services at the clinic. She sees them as a lifeline. If they close, she doesn’t know where to turn.

“I think I counted I'm on day 78 in this pandemic and I'm so thankful that I have these services because I'm still able to meet with my therapist via the Internet,” said Palmer.

The clinics are partially funded by state taxpayers. Grossman says the state picks up a $2.5 million tab a year. She admits it’s a substantial amount – but its worth it when you consider the lives that are saved.

But Representative Norm Thurston (R – Provo) says the clinics have been considered for budget cuts for some time, even before the pandemic.

“The problem for me is that it's government competing with private business. And on top of that we're losing money,” said Thurston.

Thurston says the state can no longer afford to pay for services that people can get at federally funded clinics.

“When you look at that list of opportunities of where we could cut, none of them are fun. None of the serious ones are going to be something that we want to do. But we have to do it. We have to get somewhere and we are trying to find places where it's going to cause the least pain possible.”

If the clinics cannot survive on their own, Thurston says they’ll have to shut down.

Both sides will present their case during an online hearing with the Health and Human Services Interim Committee on Tuesday, June 16.