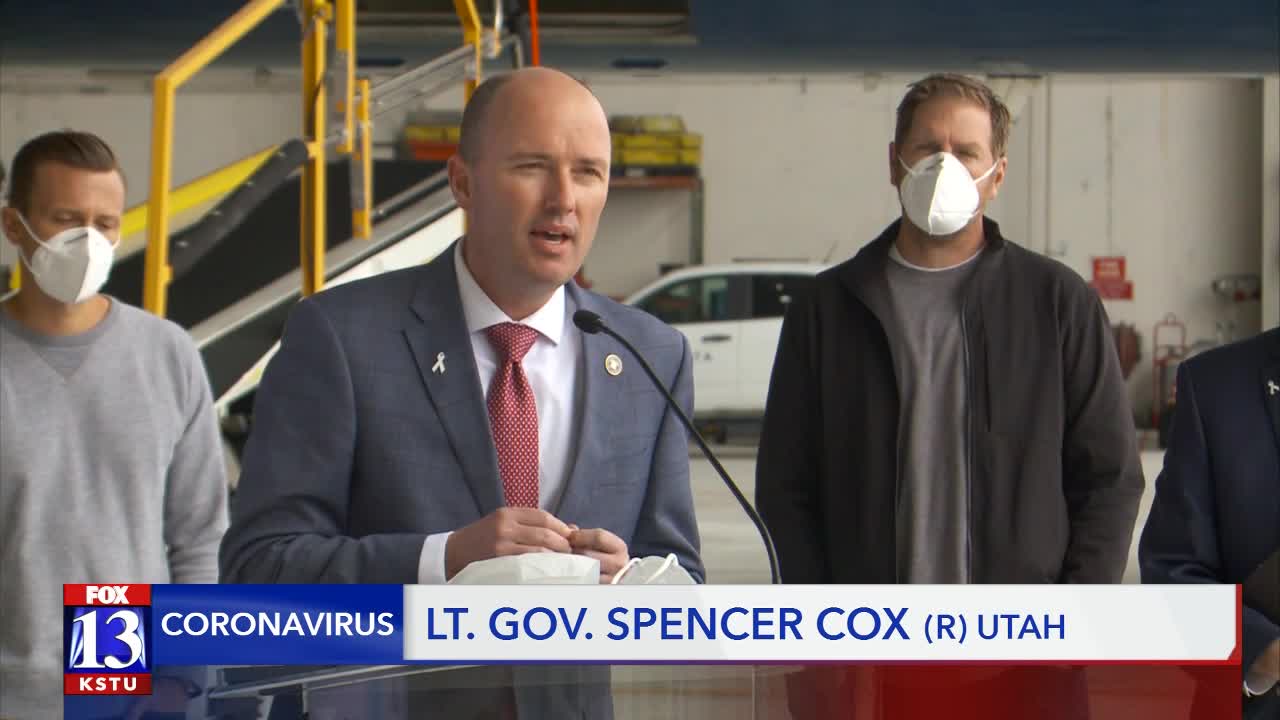 The State of Utah is able to buy critical gear for people on the front lines of the COVID-19 pandemic, thanks to the private tech sector.

SALT LAKE INTERNATIONAL AIRPORT, Utah — The State of Utah is able to buy critical gear for people on the front lines of the COVID-19 pandemic, thanks to the private tech sector.

"As you know, we are preparing for the worst, we are hoping for the best,” said Governor Gary Herbert.

To date, Governor Gary Herbert says the state has either acquired or put in orders for about 30 million PPE items for hospital workers and first responders.

“We are fighting an invisible enemy that has destroyed lives and has destroyed our economy, in that sense, this is very much a Dunkirk moment,” said Lt. Governor Spencer Cox, referring to a World War II battle where British civilians used their own boats to rescue Allied Forces.

About 90 percent of the items acquired by the state came with help from local businesses, said Governor Herbert. In this case, the founder of DOMO reached out to a BYU grad with a clothing factory that had connections to PPE manufacturers in China.

TestUtah.com, a state website built by Silicon Slopes companies is helping test about 1,500 Utahns a day for COVID-19. In less than two weeks, 70,000 people have been assessed with a goal of 3,000 daily tests by next week.

“Getting more access to PPE allows us to increase locations and increase testing capacity and really work toward getting people back to work,” said Dave Elkington.

The boxes of PPE will be headed to the Salt Palace for distribution.