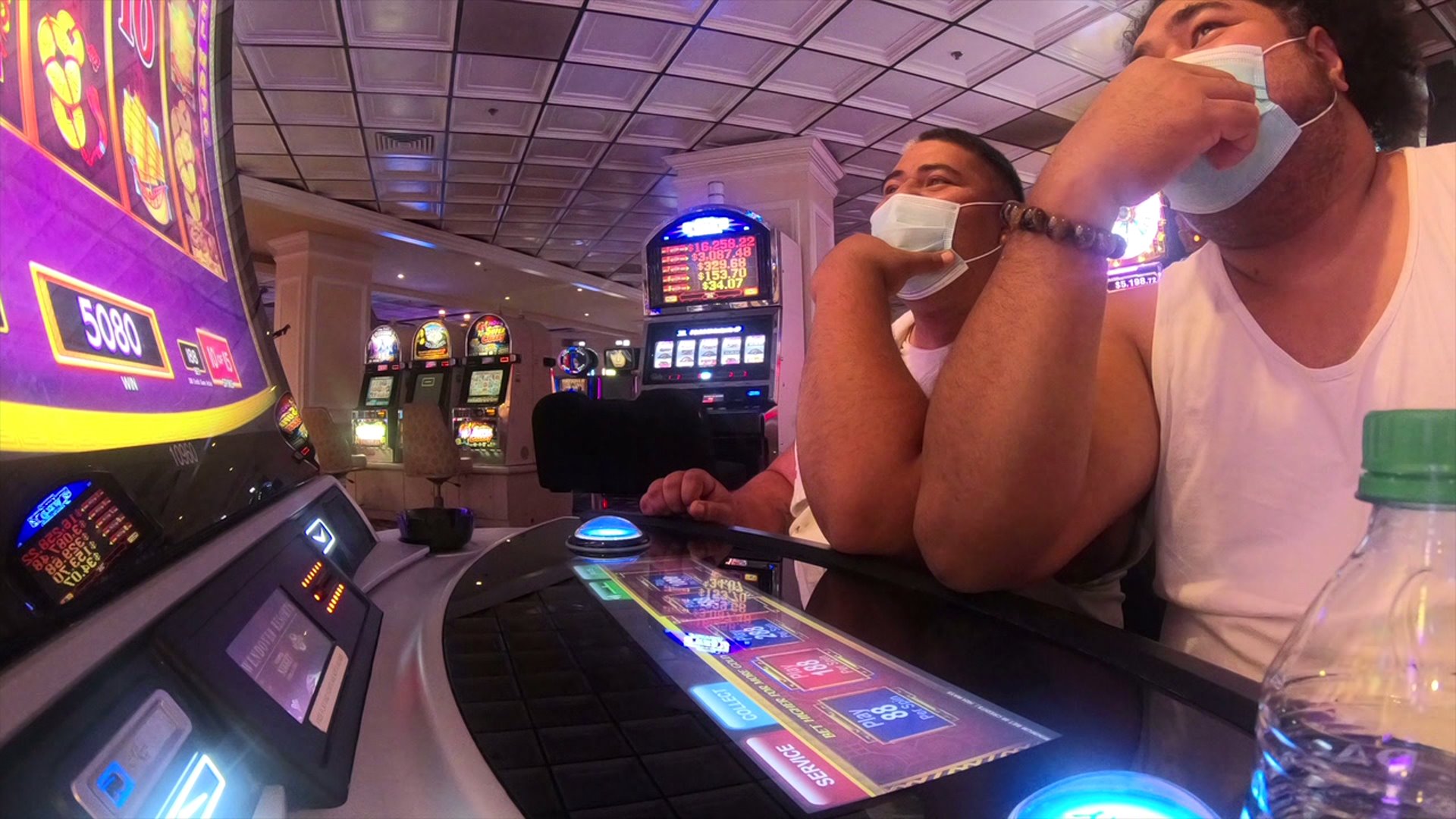 "It’s like [Utah visitors] were shut in for so long, gaming is what they were missing,” said Buddy Lacombe, Vice President of Gaming Operations.

For a Thursday afternoon, Buddy said the casino was relatively busy, as patrons hopped from machine to machine, hoping to strike gold at the Nugget.

“We’re a weekend destination,” he continued. “Business out here on the weekend has spiked compared to the same numbers last year.”

Like most things, gambling and gaming in West Wendover are looking a little different these days.

The Nevada Gaming Control Board and Gaming Commission, in connection with the Nevada Governor’s office and Nevada state and local health departments, recently established guidelines casinos must meet in order to reopen its facility.

“Now that we’ve reintegrated the casinos into our way of life, it’s been a little challenging to make sure we keep down on those cases,” said West Wendover Mayor, Daniel Corona.

Among the multitude of changes, are requirements for employee/patron temperature screening prior to entering the gaming floor, increased sanitation and cleaning, adequate signage displaying proper sanitary precautions (i.e. mask use, hand washing and social distancing), changes to gaming floor plans to reflect proper social distancing and an adequate supply of face coverings, hand sanitizer and sanitizing wipes for guest use.

As the reopening date drew near, more information was provided and an amendment was made, requiring face covering to be worn by both employees and patrons. The mask requirement echoes a Governor issued mandate for anyone in the state of Nevada to wear a face covering in a public place, beginning 11:59 p.m. on June 25.

“We’ve done everything we possibly could, in my view, in Gaming’s view, to make sure it’s a safe environment for the customers and the employees,” said Lacombe.

As they stand, the state-mandated measures may seem like a lot, but Corona believes in a town where casinos mean “everything,” it’s not enough.

“80-percent of our population works in the casinos, so when they’re closed we have ridiculous unemployment,” Corona said.

“For those three months [during the shutdown], it felt like there was no life here,” he continued. “Seeing [casinos] shut down is really scary, seeing the lights out with no life going in or out of the casinos, it’s just very ominous and not something anyone in our community ever wants to happen again.”

Corona said while casinos were closed, the local food bank went from seeing about 35 families a week to more than 150.

Furthering the state’s precautions, Corona is pushing for an ordinance that would create more strict regulations for businesses within the city of West Wendover.

“This is kind of our preventative measure to make sure that we don’t have to close those casinos, that we as a city are doing everything in our power to make sure that everyone playing by the highest standard,” said Corona.

The ordinance would require temperature screenings to take place at the building entrance, instead of prior to entering the gaming area. It would also require a designated location for patrons to order drinks, to ensure social distancing, and require Plexiglas barriers to be installed at slot machines and gaming areas – among other things. Click here to read the ordinance.

Lacombe said the Plexiglas requirement alone would cost them thousands of dollars. A blow they aren’t ready to take following months of closure.

Corona said the push for more is partially being fueled by the number of Utah visitors the town sees on a regular basis.

“This is something we’ve been paying attention to for several weeks,” said Corona. “Seeing the new cases, every day it seems like, in the Salt Lake area really spike, has been part of the reason we’re doing everything we can by putting even stricter guidelines on the casinos and really enforcing the mask mandate that the governor handed down.”

And while the mayor believes the changes would make a “huge difference in hopefully protecting public health,” not everyone in the town sees it as a jackpot.

“It’s overzealous, I think it’s far reaching on the local government,” Lacombe said. “We’ve already implemented everything that gaming would require, or the government was requiring… going on those extra costs, it would hurt our bottom line and we’re already affected from the first couple months that we were down, so adding that would really hurt us.”

The ordinance was initially discussed during a City Council meeting June 25. The council unanimously decided to postpone a decision until their next meeting on July 21.

Council members said they wanted to wait until the casino compliance date, for the state-mandated requirements, had passed – ultimately giving them an opportunity to see what changes needed to be made and gather more information.