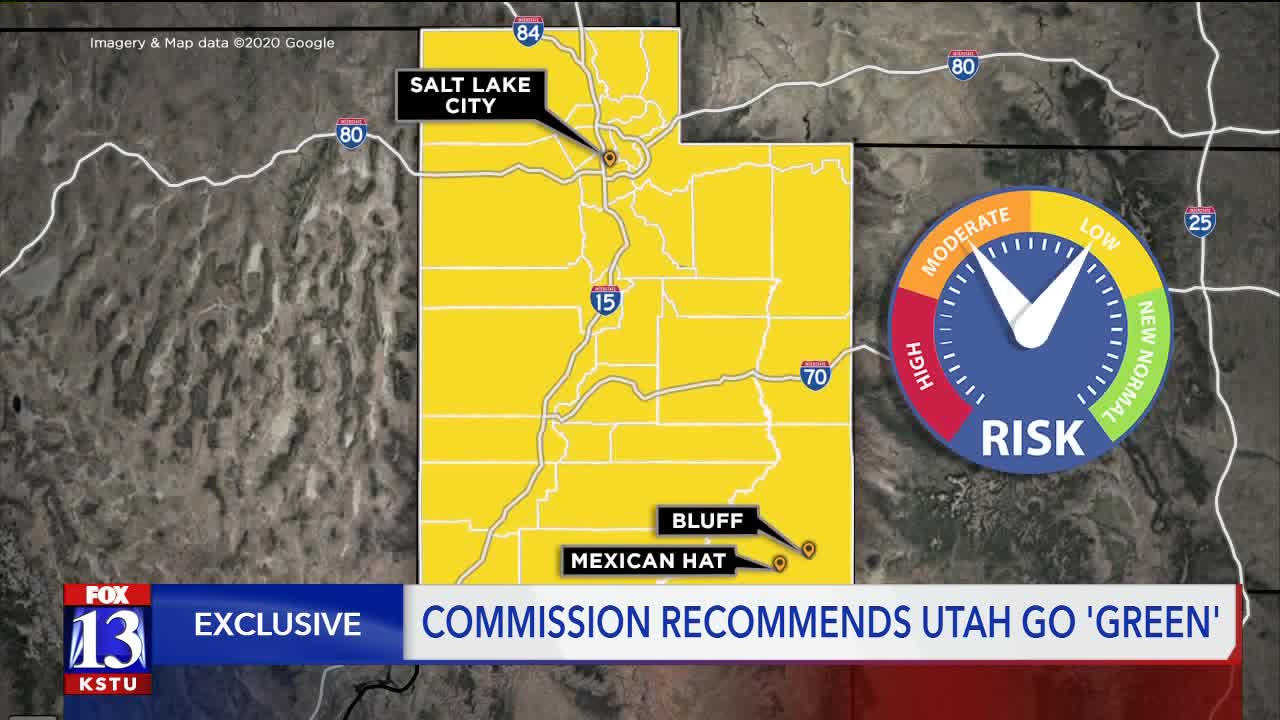 The Utah State Legislature's commission created to re-open the economy is recommending the state move to a "green" risk level for COVID-19 as early as this weekend, FOX 13 is told. 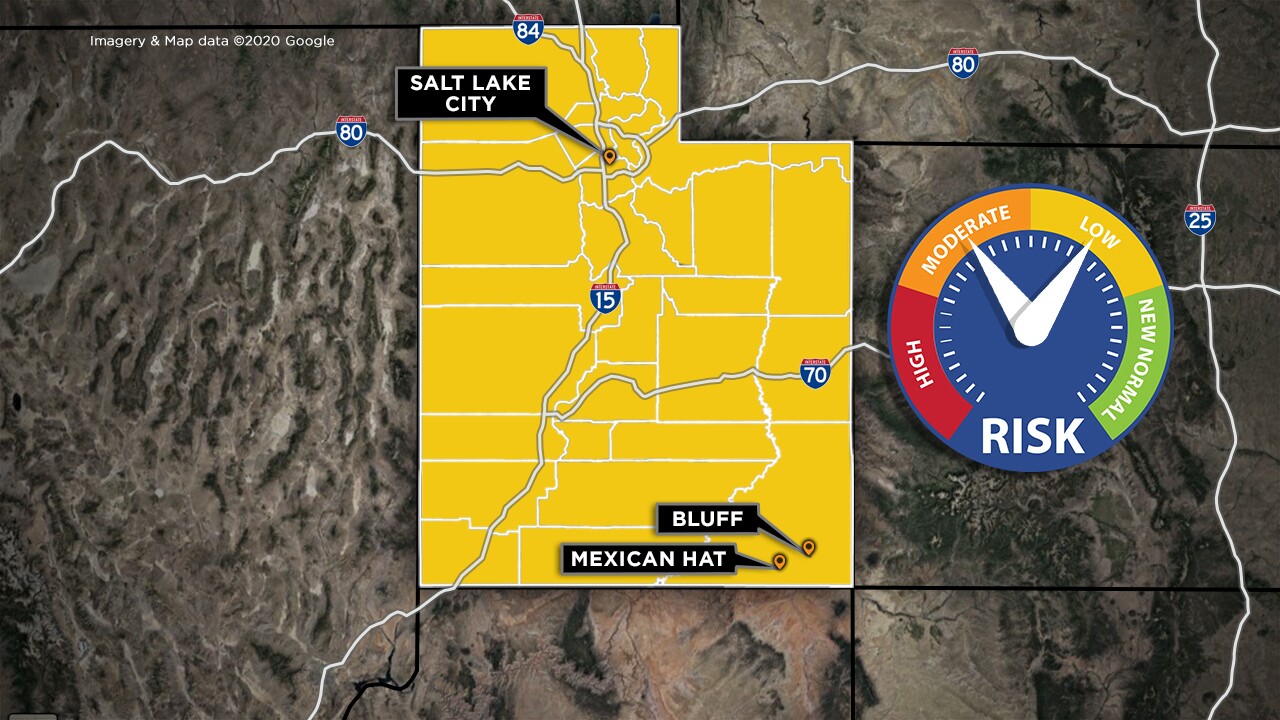 SALT LAKE CITY — The Utah State Legislature's commission created to re-open the economy is recommending the state move to a "green" risk level for COVID-19 as early as this weekend, FOX 13 is told.

The Public Health and Economic Emergency Commission voted on Tuesday to move to the lowest risk level, which eliminates a lot of the health guidelines in place by the state's COVID-19 task force and the Utah Department of Health. But Senate President J. Stuart Adams, R-Layton, who sits on the commission, said there would be modifications -- including continuing strongly encouraging social distancing, the wearing of face masks and sanitization practices in businesses.

"Still the six-foot distancing in checkout lines, all the things we’re doing now but to have it be broader and opened for more businesses to allow our economy to go forward," Sen. Adams told FOX 13 in an interview.

Right now, Utah is in a "yellow" or low risk for novel coronavirus. Only Salt Lake City, Bluff and Mexican Hat are at an "orange" -- or moderate risk level -- because of a high number of cases. Sen. Adams conceded some parts of the state may not move to green or "new normal" right away.

"There’s probably parts of the state that aren’t ready. Summit, Wasatch County, maybe Salt Lake City, maybe West Valley, Magna. Maybe other areas of the state," Sen. Adams told FOX 13 in an interview. "These are data driven decisions and we’re seeing data that indicate that we’re showing the spread is not as prevalent as we see along the Wasatch Front. And we see hospital rates, hospital capacity we could absorb any type of spike that we’re looking at right now."

Utah has seen a strong uptick in COVID-19 cases in recent days. But the commission is focusing on impact to Utah's hospital system. Sen. Adams said it has not been overwhelmed, justifying the recommendation to move to the lowest risk level.

"The commission’s actually looking at going to green because the numbers are good," Sen. Adams said.

"We are aware of the commission’s recommendation to move areas to 'green' where the data support such a move. We review data on a weekly basis, and to this point have not recommended any areas move to 'green,'" the Utah Department of Health said in a statement to FOX 13.

The commission's recommendation will go to Governor Gary Herbert on Wednesday.

"We will review the recommendations from the Public Safety and Economic Emergency Commission and take them under careful consideration as we work to identify the best path forward to keep Utahns safe and informed," the governor's office told FOX 13.