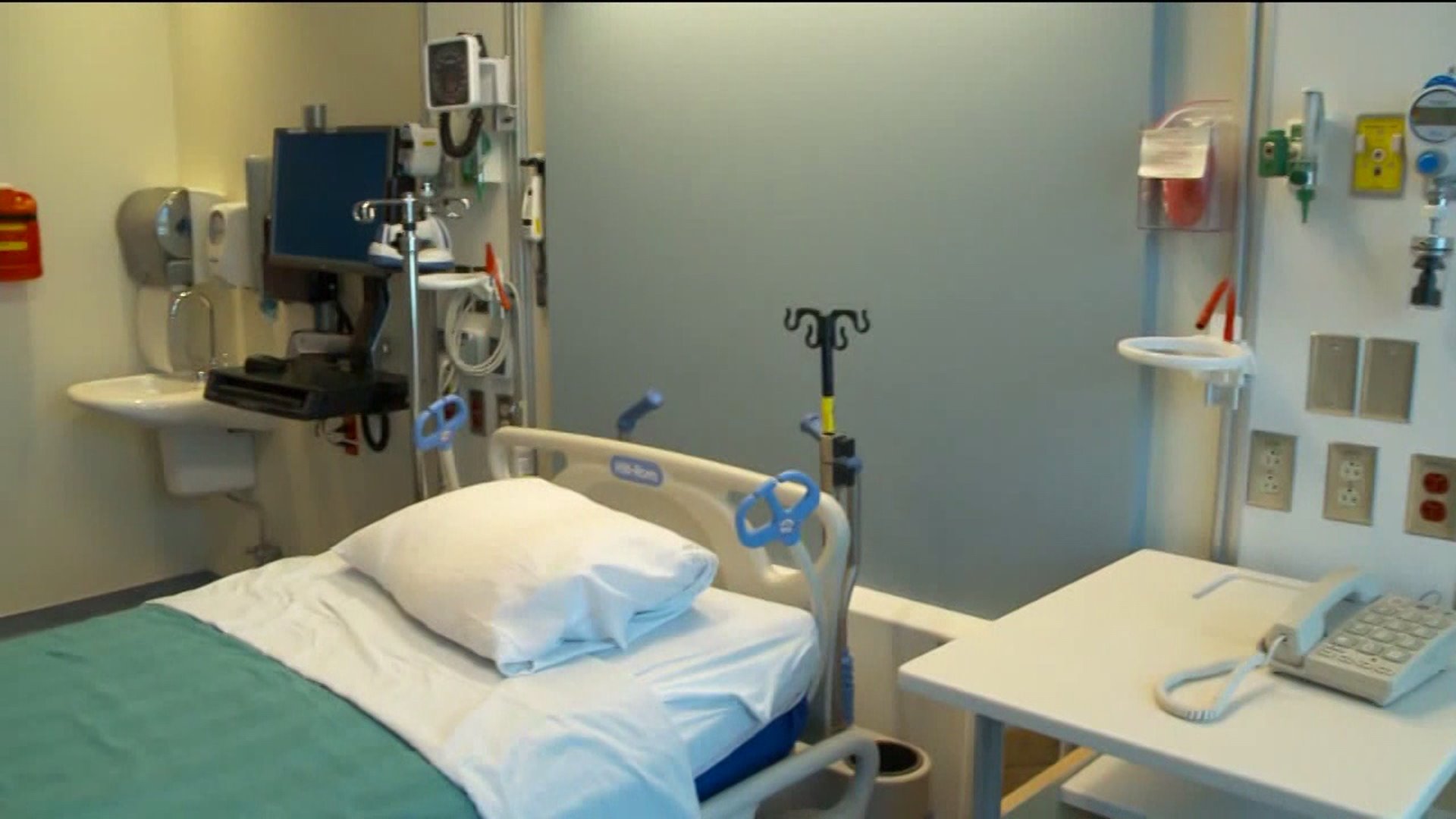 Utah hospitals could be full in the coming weeks if the daily COVID-19 rates don't start to drop.

SALT LAKE CITY — Utah hospitals say they could hit max capacity in the coming weeks if the state's daily COVID-19 rates don't start dropping. The numbers have been spiking recently, and experts say it could lead to huge problems in healthcare.

"The trend is ugly," said Greg Bell, President and CEO of the Utah Hospital Association. He pointed out that the numbers began to rise steadily after the state moved many areas from orange status, to yellow. He also pulled up a graph that shows the spike beginning after Memorial Day weekend.

"If we continue on this tremendous increase, right, of cases-- then we got big problems," he said.

The increase of 400+ cases per day-- including Friday's single-day record of 676 cases-- is becoming disastrous, Bell said.

First off, there's worry about filling up ICUs. Bell showed a graph that keeps track of daily ICU bed rates in Utah. COVID-19-related ICU hospitalizations jumped from 11% to 16% between June 18 and June 24. Overall, ICUs are at 66% capacity.

Should beds become full, Bell said they can implement what's called the crisis standards of care (CSC), to decide which patient gets what.

"Meaning, if you have two patients and you only have one ICU bed, you have to score how you are going to allocate medicines, personnel, beds, ventilators-- that sort of thing," he explained.

Though, running short on hospital beds isn't their biggest concern.

"Ultimately you just run out of these skilled professionals," Bell said. "Ultimately, you run out of resources."

University of Utah Health Chief Quality Officer Dr. Robert Pendleton echoed the same concerns. He said there is a limit to how many well-trained nurses that they have on staff.

"We don't have a closet full of intensive care unit nurses," he said.

Dr. Pendleton explained that U of U Health has a plan on paper with how to stretch staff. They're already starting to activate part of their "surge plan," he indicated, by sending some patients into a newly reconfigured ICU that they created in March.

If their beds continue to fill up, he explained how they'll have to house patients elsewhere.

"We can shut all non-emergent surgery down again, and use our surgery recovery units to take care of ICU patients," Dr. Pendleton said. "We can shut down operating rooms and use those for intensive care units."

Intermountain Healthcare described to Fox 13 how they're also implementing part of their surge plan, by moving patients around from one hospital to another.

A spokesperson for IHC said things are looking "okay" for them now-- but they are carefully watching the hospitalization rate because it continues to be a concern.

Bell said that no hospitals in Utah are diverting patients right now. But right now isn't what they're worried about. It's about what could happen in 4 to 8 weeks.

"If it continues to march at 450 average [cases] a day, then yes-- in about 8 weeks, we're going to max out our hospital capacity," Bell said.

How can Utah turn this around? Simple, Bell says: "We need to wear a mask, we need to socially distance."