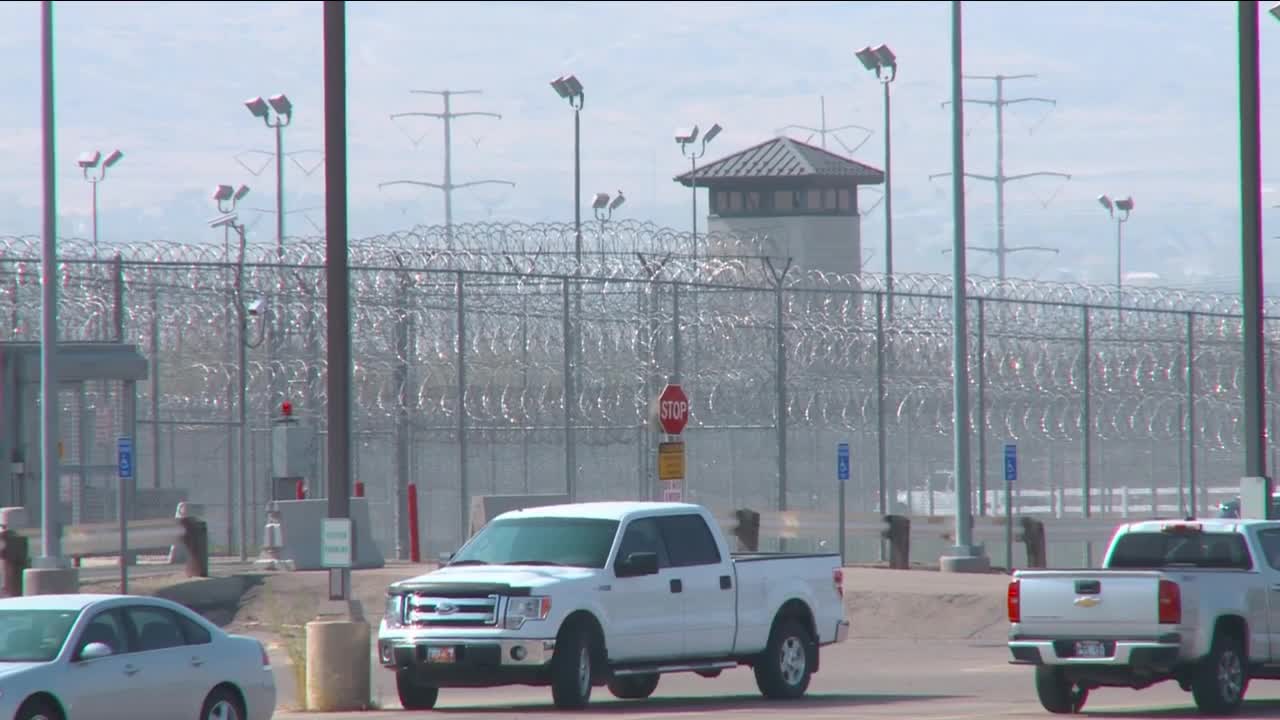 The Utah Department of Corrections announced Monday that 196 inmates had tested positive for COVID-19 at the Utah State Prison in Draper.

DRAPER, Utah — The Utah Department of Corrections announced Monday that 196 inmates had tested positive for COVID-19 at the Utah State Prison in Draper.

The state prison is broken up into several different facilities, only one of which is experiencing an outbreak.

All of the confirmed cases have been in the Wasatch Facility's A-Block and B-Block, which in total house 327 people — that means over 60 percent of that population has tested positive.

“It's been a long six or seven months," Department of Corrections executive director Mike Haddon said as a part of a 16-minute-long video addressing the outbreak.

Haddon also expressed his appreciation for his staff and stated the difficulties of isolating people in a prison during the pandemic.

"We have very little flexibility on moving people around," he said.

Inmates' family members, however, say they are extremely worried about what is going on.

Danielle, a family member of someone in the prison, sent FOX 13 a statement that said:

“My elderly father currently resides in the Utah State Prison in Draper. The news of the outbreak had been very concerning to me and my family, as our father is at high risk both because of his age and his preexisting health conditions. We are especially disappointed in the reduction in inmates' meal sizes, and the continuing delay of video visits, which would at least provide some comfort during these times.”

Another family member named Colette spoke with FOX 13 Tuesday, sharing her feelings just after learning of her son's COVID-19 diagnosis.

"There's a lot of thoughts… It goes from anger to sadness to desperation to just wanting everyone in there to be okay… Not just my son," she said.

Since this outbreak was announced, many have taken to social media to say hurtful things against inmates. But Colette said she wishes people would have more compassion.

"It's easy to feel that way when it's not your loved one… I wish they would have more understanding,” she said. “Sometimes good people make bad choices…. Doesn’t mean they are a bad person, doesn’t mean they should be treated inhumanely.”