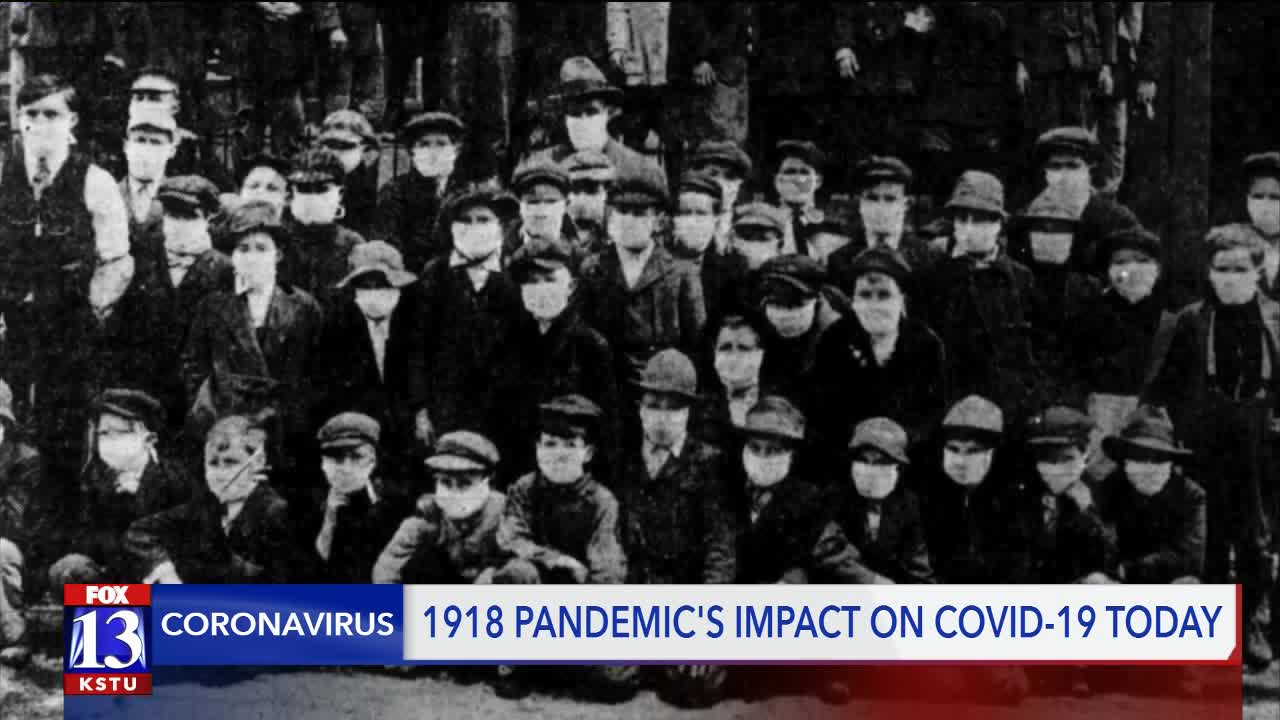 The headlines from local newspapers show how Utahns reacted to the 1918 Spanish flu pandemic that hit, infecting nearly 92,000 in the state and ultimately killing about 2,900. 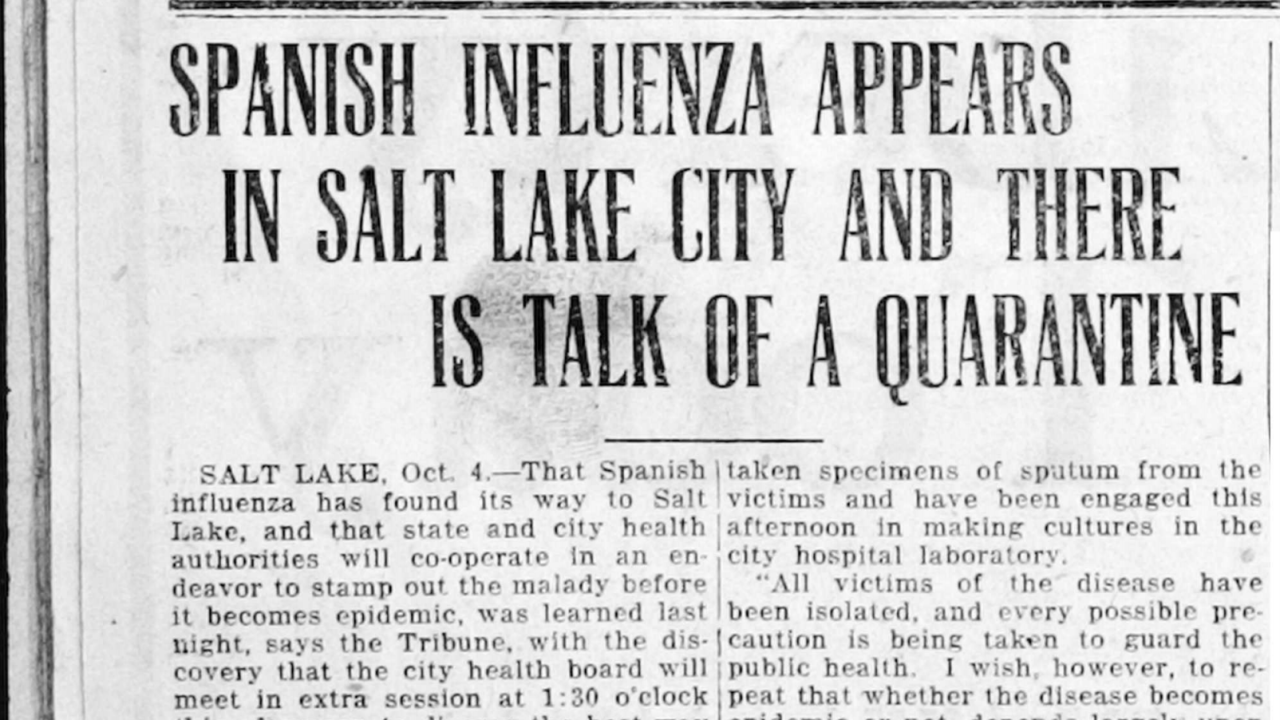 "SPANISH INFLUENZA APPEARS IN SALT LAKE CITY AND THERE IS TALK OF A QUARANTINE" proclaimed the Ogden Standard.

"SPITLESS DAYS TO CURB SPREAD OF INFLUENZA" read a headline in the Salt Lake Telegram.

The headlines from local newspapers show how Utahns reacted to the 1918 Spanish flu pandemic that hit, infecting nearly 92,000 in the state and ultimately killing about 2,900. The virus, which historians believe actually originated in middle-America, hit Utah in October 1918 and lasted until spring of 1920.

Brad Westwood, a senior historian with Utah's Division of History, said the influenza pandemic was initially disregarded when it first emerged.

"This is just a flu, no worry, things’ll work out," he said of the initial response. "Then it turns into, 'Oh no, this is something different.'"

As the influenza pandemic really hit the state, health officials ordered restaurants, churches, schools and other gathering places closed. At the time, automobiles were starting to emerge but Utahns mostly traveled by horse and buggy and train, Westwood said. People had to carry papers to determine if they had been examined and were well.

"You got most of your news from newspapers. The other difference is from the federal level, crickets," he said.

Federal officials were mostly dealing with World War I, which left it to states and local health officials to handle things. Under Governor Simon Bamberger, Utah Public Health Commissioner Dr. Theodore Beatty led the response to the pandemic, alongside local health officers that issued strict orders.

"Immediately, those medical officers said no more church, no more organizations, let’s not have any more group meetings. When the flu hit Utah around September, October of 1918, they pretty much stuck to it," Westwood said.

But within a couple of months, there was pressure to re-open things and lives and livelihoods were a concern (as they are now).

"It’s Thanksgiving and Christmastime and the business interests say 'We can’t keep going like this,'" said Westwood. "So he [Dr. Beatty] bends to pressure at the same time Salt Lake commissioners and the Salt Lake Board of Health go against the state officers and say we shouldn’t re-open things, things should stay closed."

Utah did experience surges in cases, including around Armistice Day. Even though public gatherings had been banned, people rushed into the streets and gathered in crowds to celebrate the end of the war.

"At the end of this pandemic, Utah was one of the worst hit states. Historians are asking why? The reasons we come up with is Utahns have larger families, we had a lot of participation in World War I, those soldiers that were infected came back, but also because of our interaction in large groups, our commitment to worshiping in church," Westwood said.

There were also controversies over re-opening schools and wearing face masks, which sounds eerily familiar. Latter-day Saint wards made their own masks to wear to slow the spread of influenza.

Westwood notes there were also conspiracy theories (some falsely believed the Spanish flu was engineered in a chemical lab or released by Germans on the United States) and there were even supply shortages.

Now, Utahns have television and the internet for news and things move at a much more rapid pace. But the 1918 pandemic has informed how Utah responds presently. Dr. Angela Dunn, the state epidemiologist for the Utah Department of Health, told FOX 13 they have learned many things since then.

"Things like closing down bars and restaurants was done in 1918 and what we’ve learned from that and what we’re experiencing here, is once you open things up, people don’t want to go back to more restrictions so we have to be very careful," she said.

The Armistice Day spike in influenza cases helped inform the Utah Department of Health's idea to shut down parades this year.

"That’s something we took into consideration when we created our guidelines for the summer, when you talk about Fourth of July parades and Pioneer Day parades," Dr. Dunn said. "Things that are great for our culture and our society but don’t have a huge impact on our economy, we chose to be more conservative and recommend against them."

Dr. Dunn acknowledged it does seem like history is repeating in many respects, but she said there are some distinctions. Advances in medicine and more rapid response.

"I think the main thing we’re looking forward in the future to is access to medical care," she said. "And making sure we have a hospital bed and adequate care for everybody. And it was similar in 1918."

You can read more about historical accounts from the 1918 influenza pandemic in Utah at the Division of History's website.

Click here to view a gallery of headlines from Utah in 1918, via state historical archives.