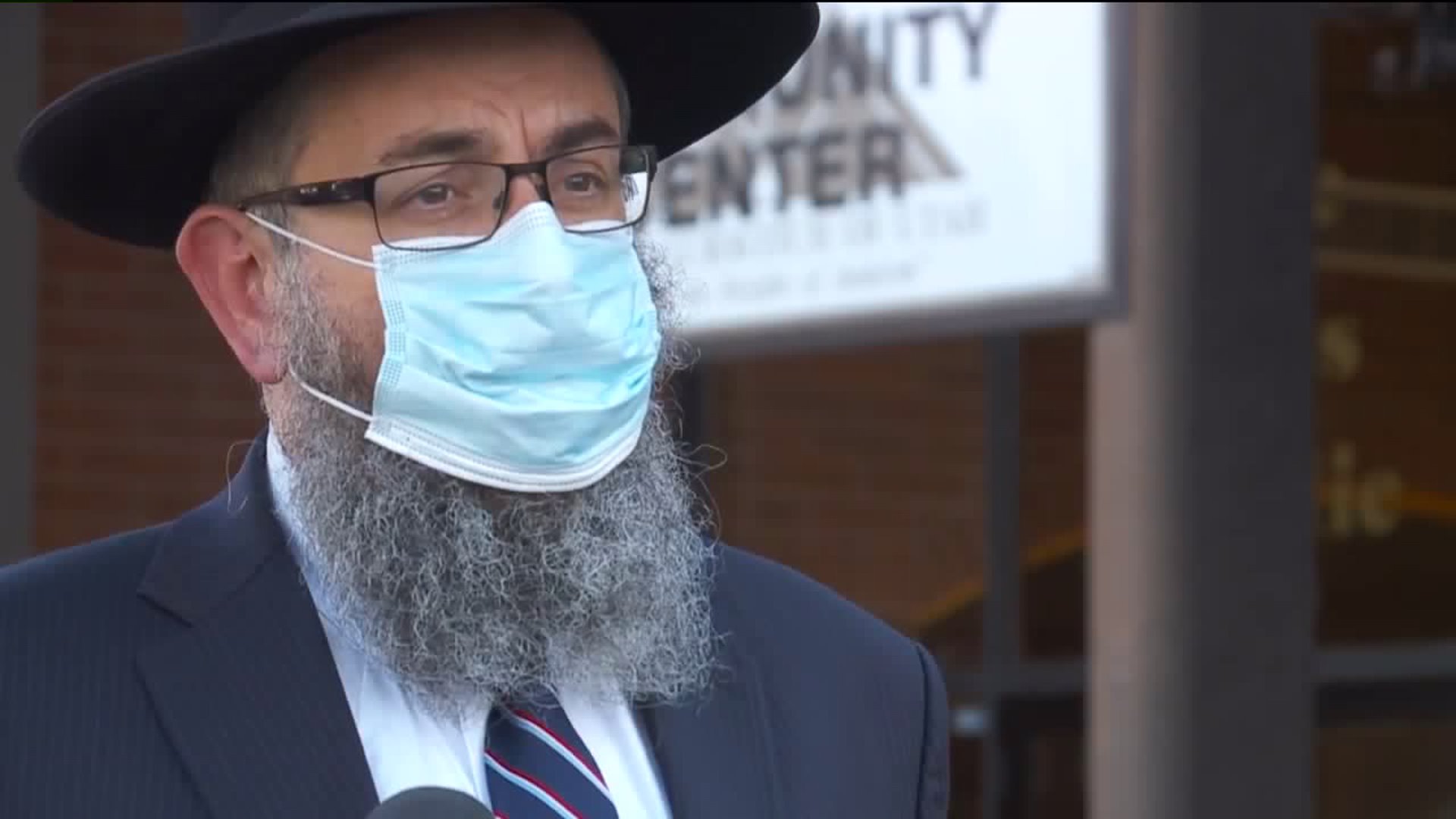 Religious leaders from a variety of faiths in Utah released a joint statement, urging residents to use face masks to help slow the spread of COVID-19.

The public has heard pleas aplenty, urged to wear their masks by pretty much anyone in healthcare as well as many in government offices.

But now, faith leaders are no longer staying silent on the subject. While wearing a mask isn't specifically written into the Bible, or Book of Mormon, or the Torah-- these leaders indicate that the values behind wearing the masks line up with teachings of the faiths.

"For me as a person of faith and as a faith leader, it's kind of a no-brainer that people should take care of each other," said Reverend Monica Dobbins, of First Unitarian Church. "Self sacrifice in the name of the better good is easy for people of faith, people who are committed to their faith, to do that."

"Too many people are refusing to wear masks simply because they don't like way that it looks, or it's uncomfortable," she said. "For me, my conscious won't let me accept that. I need to wear a mask so that I can protect other people, and that feels like a religious value to me."

The letter urges people to wear a mask and practice social distancing.

"This is a value-- caring for each other and putting other people's needs before my own-- is a value that's common to almost every faith that you can imagine," Rev. Dobbins said.

The list of those who signed the letter includes the First Counselor of the Utah Area Presidency in the Church of Jesus Christ of Latter-day Saints, the Catholic Diocese of Salt Lake, Episcopalian Diocese of Utah, Islamic Society of Greater Salt Lake, Salt Lake Buddhist Temple, Chabad Lubavitch of Utah, as well as leaders from Lutheran, Christian, Presbyterian, Evangelical, Episcopal, Baptist, Unitarian and Jewish congregations.

Rabbi Benny Zippel, Executive Director of Chabad Lubavitch of Utah explained that the principles behind wearing a mask are similar to one of the teachings in the Torah that talks about greatly being aware of your soul.

"We have to do whatever we can to safeguard and to defend and look after our own bodies," Rabbi Zippel said. "And at the same time, the bodies of everybody else around us."

He said faith leaders have a very important role in the pandemic-- leading their congregations.

"There's a lot of people that are looking out for direction, for guidance, for moral support," he said.

He said in the mode of a pandemic, it's crucial that we all get together and support one another.

"Just put on a mask," Rev. Dobbins said. "Protect other people, and know that when they're wearing their mask, they're protecting you."

The letter asks people to join faith leaders in continuing to take action to prevent further spread of the pandemic.

"We pray for the end of this devastating pandemic," it reads. "However, the reality is that our actions must accompany those prayers."