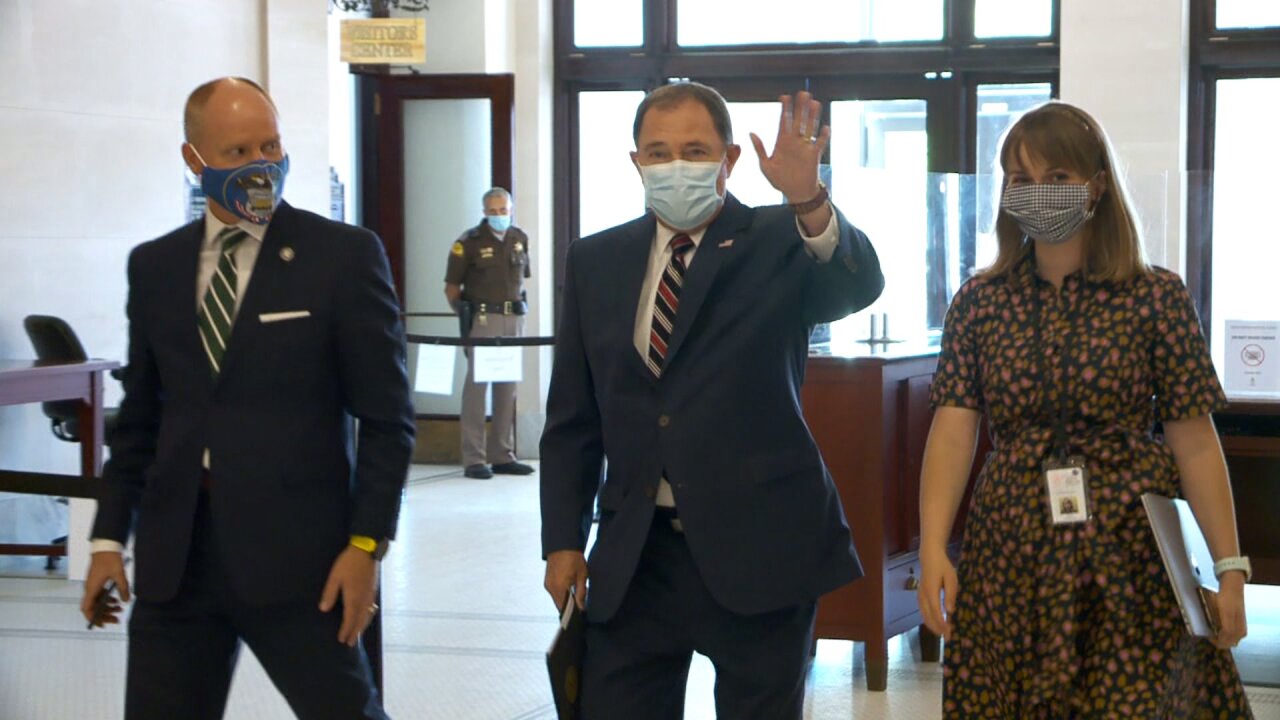 SALT LAKE CITY — Governor Gary Herbert has extended his mandate that face coverings be worn in all state-run facilities until further notice.

The executive order, issued Friday, will be in effect until the state of emergency for COVID-19 ends. It has no end date, but technically, the state of emergency expires every 30 days. The governor has been in a political battle with the legislature over the state of emergency. Republican legislative leaders have declined to extend it, while Gov. Herbert argues that not having one jeopardizes millions in federal relief dollars and impacts health regulations.

The mandate requires adequate face coverings in all facilities operated by the state including Capitol Hill, DABC stores, prisons, DMV and driver's license offices. He has also issued one for all K-12 schools. The governor has long advocated for Utahns to wear face coverings to slow the spread of COVID-19, but has so far refused to issue a statewide mandate.

He has, however, allowed local communities to implement them. Salt Lake, Summit and Grand counties have mandates. So do the cities of Provo, Logan and Springdale. Salt Lake County Mayor Jenny Wilson has extended her face mask mandate through the end of this year.