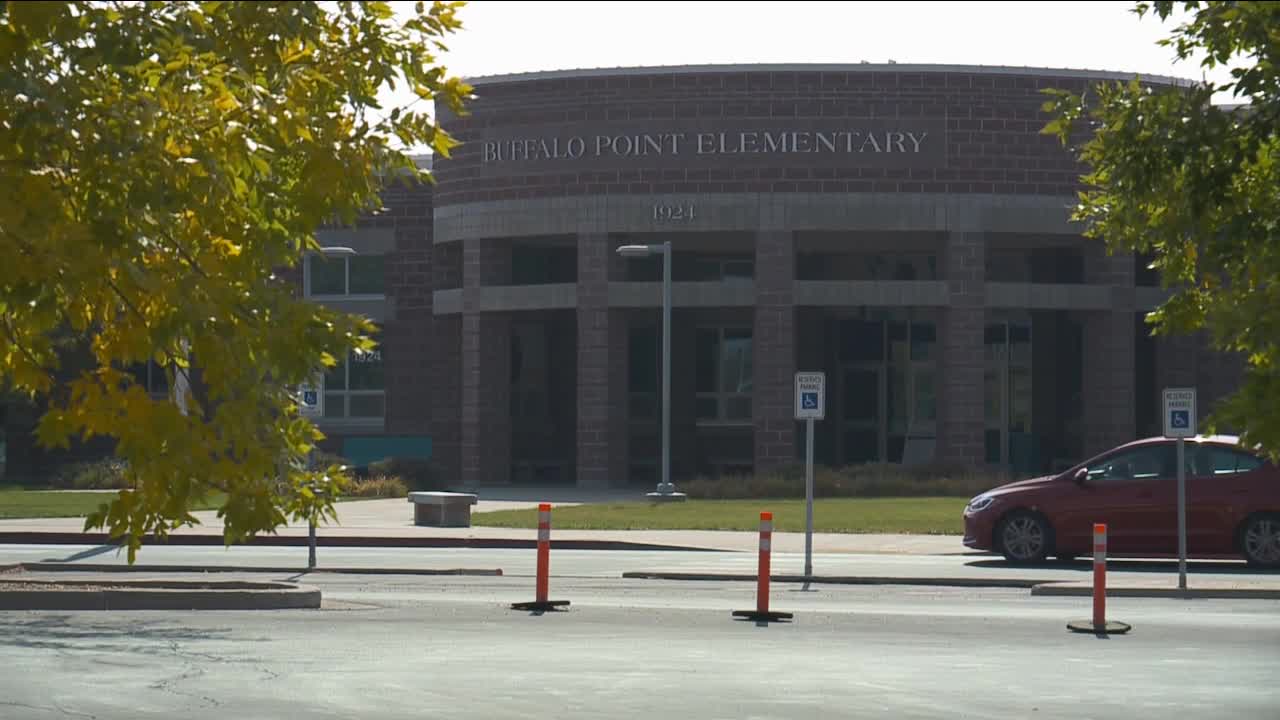 The Davis County Health Department is apologizing for a "mix-up" in information which led them to ask the wrong group of students to quarantine after a student continued to attend class with a positive COVID-19 diagnosis.

DAVIS COUNTY, Utah — The Davis County Health Department is apologizing for a "mix-up" in information which led them to ask the wrong group of students to quarantine after a student continued to attend class with a positive COVID-19 diagnosis.

In a world of wipes, face masks, social distancing and hybrid learning, the school year has been off to an interesting start for students as COVID concerns linger for parents.

For Baum, those concerns became a reality over the weekend when he received a call from the COVID coordinator at his son’s school.

“They mentioned that somebody in his class had tested positive for COVID and still attended school,” Baum continued. “To get that news, we were frustrated about the parents who sent [their COVID-positive student] to school.”

The COVID coordinator told Baum his 9-year-old son would have to begin a 2-week quarantine, along with the other 30-something students in his fourth grade class at Buffalo Point Elementary.

But what was supposed to last two weeks only lasted a day.

“The principal started looking into it more, and he said he discovered it wasn’t even somebody at their school,” said Baum. “The health department sent the message to the wrong school — they looked at the name without looking at any other information.”

“Essentially, it was kind of a false alarm,” Baum added.

In a statement to FOX 13, Davis County Health Department (DCHD) confirmed there was a "mix-up" between two students with the same name, leading them to ask the wrong class to quarantine.

“Simply put, a mistake was made and we apologize for any confusion. In this instance, we had students with the same name, who were born in the same year, and a mix-up occurred where the wrong student was identified which led to the wrong class being asked to quarantine. In conjunction with the Davis School District, the error was caught and corrected quickly and the class was not impacted. DCHD has reviewed its guidelines and added some procedures to prevent this from happening again,” the statement said.

Although DCHD claims to have put new procedures in place, that still means the other class that faced exposure attended school when they should have been in quarantine.

“It affected a lot of people. It’s a big oversight,” Baum said.

While Baum confirmed his student could return to school Tuesday, neither DCHD nor DSD could confirm if the correct class had been told to quarantine.

“If there’s ever a situation where there’s a class that needs to be contacted and told to go into quarantine, that would definitely happen, no questions about it, under every circumstance," Davis School District told FOX 13.

In a follow-up conversation, a spokesperson with DCHD said “all necessary measures have been taken to make sure these students are protected.”