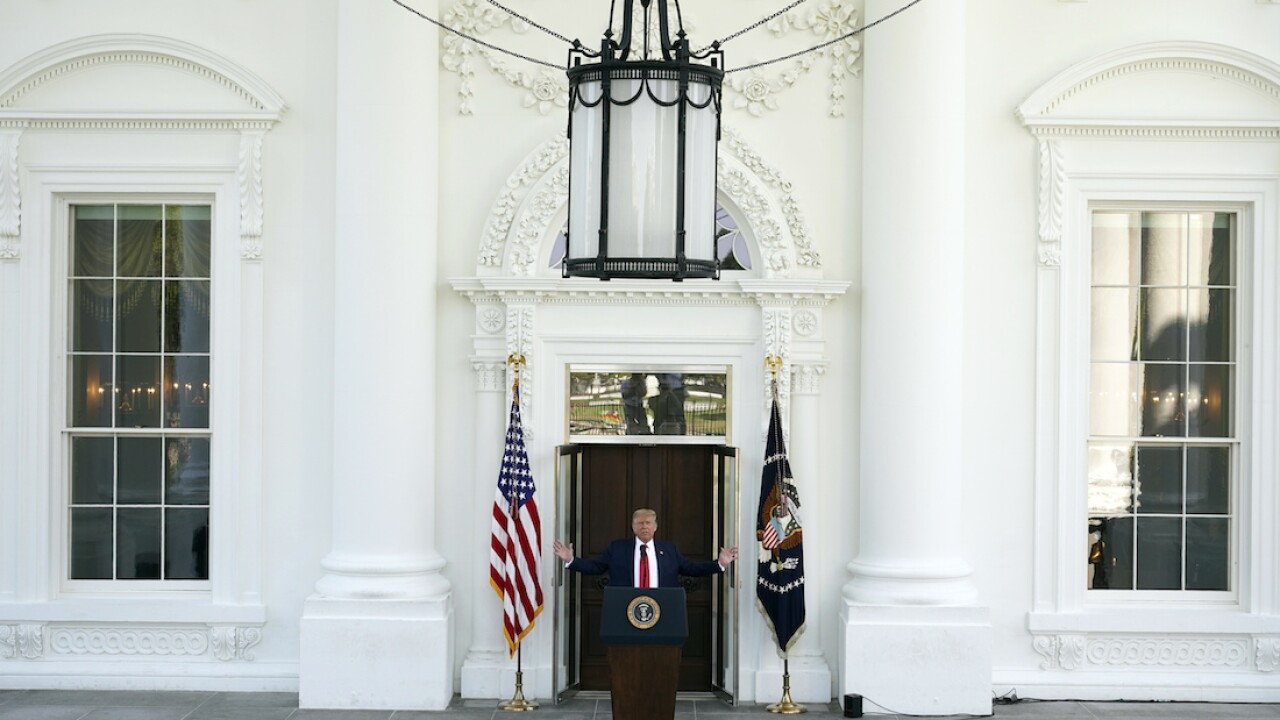 Trump continues to fight allegations that he made offensive comments about fallen U.S. service-members, including calling World War I dead at an American military cemetery in France “losers” and “suckers” in 2018.

The Atlantic first reported on the anonymously sourced allegations.

At a White House news conference Monday, Trump repeated his claim that the story was a “hoax” and said: “I’m not saying the military’s in love with me. The soldiers are.”

However, he added, “The top people in the Pentagon probably aren’t because they want to do nothing but fight wars so all of those wonderful companies that make the bombs and make the planes and make everything else stay happy.”