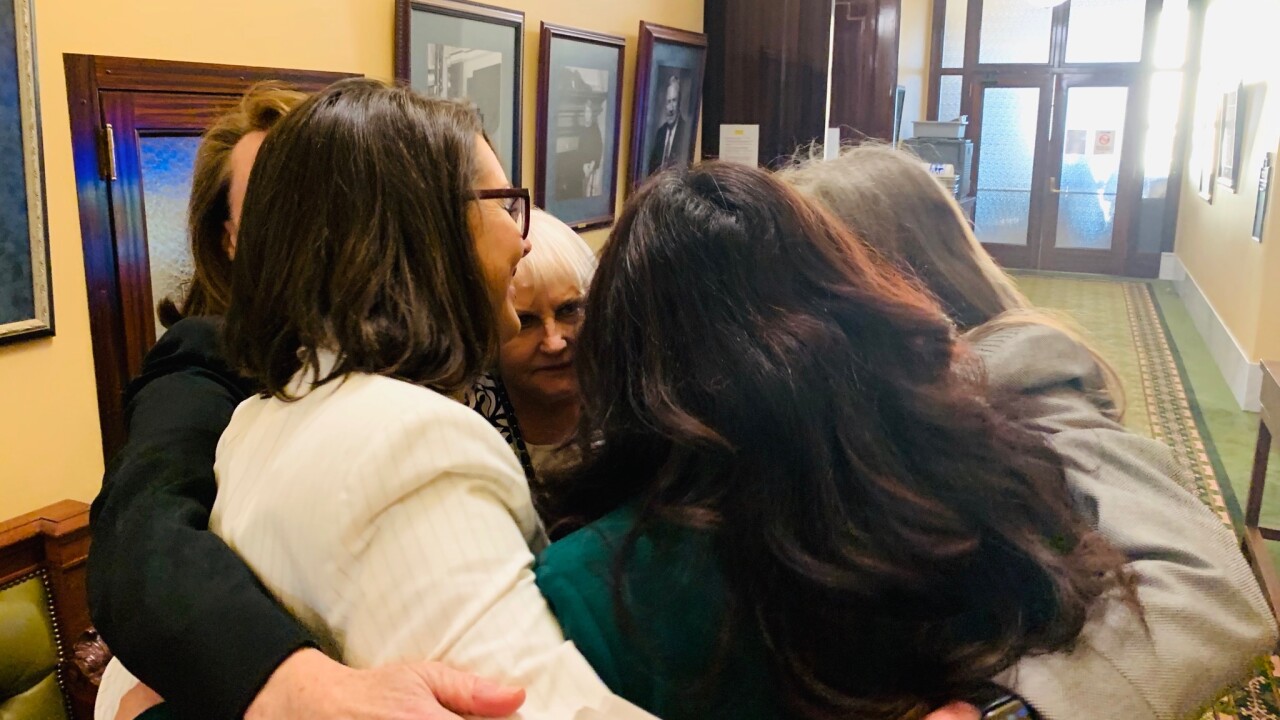 Sen. Luz Escamilla
The six women senators in the Utah State Legislature hug after walking off the floor during a vote on the abortion ultrasound bill. 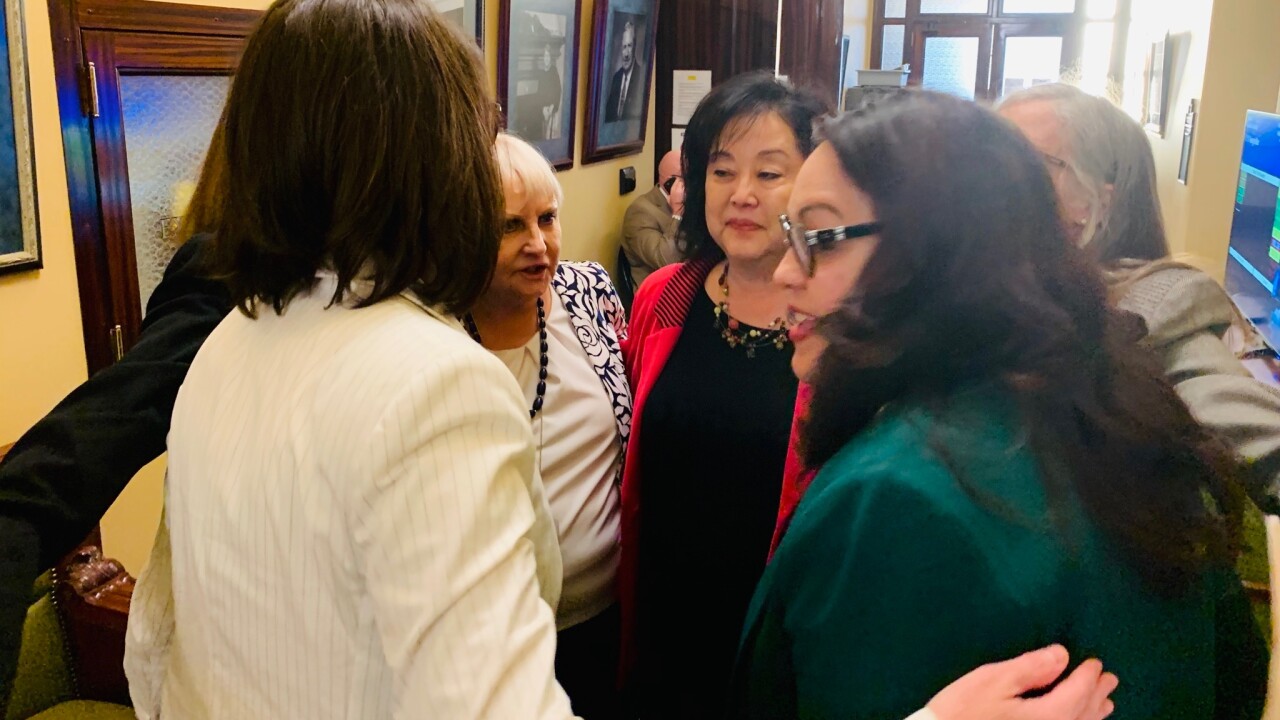 SALT LAKE CITY — A bill to require a woman seeking an abortion to have an ultrasound passed the Utah State Senate, with every single woman lawmaker in the chamber walking off the floor.

Republican and Democrat, the female senators did not vote on House Bill 364. The bill was passed by men on a 16-7 vote.

"The six Republican and Democratic women of the senate decided to walk out in protest. It wasn’t planned, but a spontaneous decision to put an exclamation mark on our concerns about the invasive nature of that bill," Sen. Deidre Henderson, R-Spanish Fork, said in a text message to FOX 13. "I am very pro-life, and always vote for pro-life bills. But I’m concerned that we are overstepping with government mandates of medically unnecessary procedures."

Added Sen. Jani Iwamoto, D-Salt Lake City: "This was not Democrat and Republican but was women legislators saying it goes too far. It’s invasive and government intrusion at its worst."

"I rise in support of something that stops government from intruding on someone's body," said Senate Minority Whip Luz Escamilla, D-Salt Lake City.

Senate Minority Leader Karen Mayne, D-West Valley City, stared down her colleagues on the floor and said "it makes me sad when women have to stand and expose their life stories."

"Why do we have to explain to you that this is not right? Why is government even there? To build a case to go to the Supreme Court. We shouldn't be there," she said.

Sen. Curt Bramble, R-Provo, said the bill doesn't force a woman to view the ultrasound but gave her the choice to.

"This ultimately may go the Supreme Court as will many pro-life bills. If so, that's appropriate," he told the Senate.

Sen. Todd Weiler, R-Woods Cross, said he had concerns about the legality of the bill. So did Sen. Lyle Hillyard, R-Logan, who both voted against it.

Sen. Bramble countered that "nothing is more powerful than seeing what is happening to your own baby."