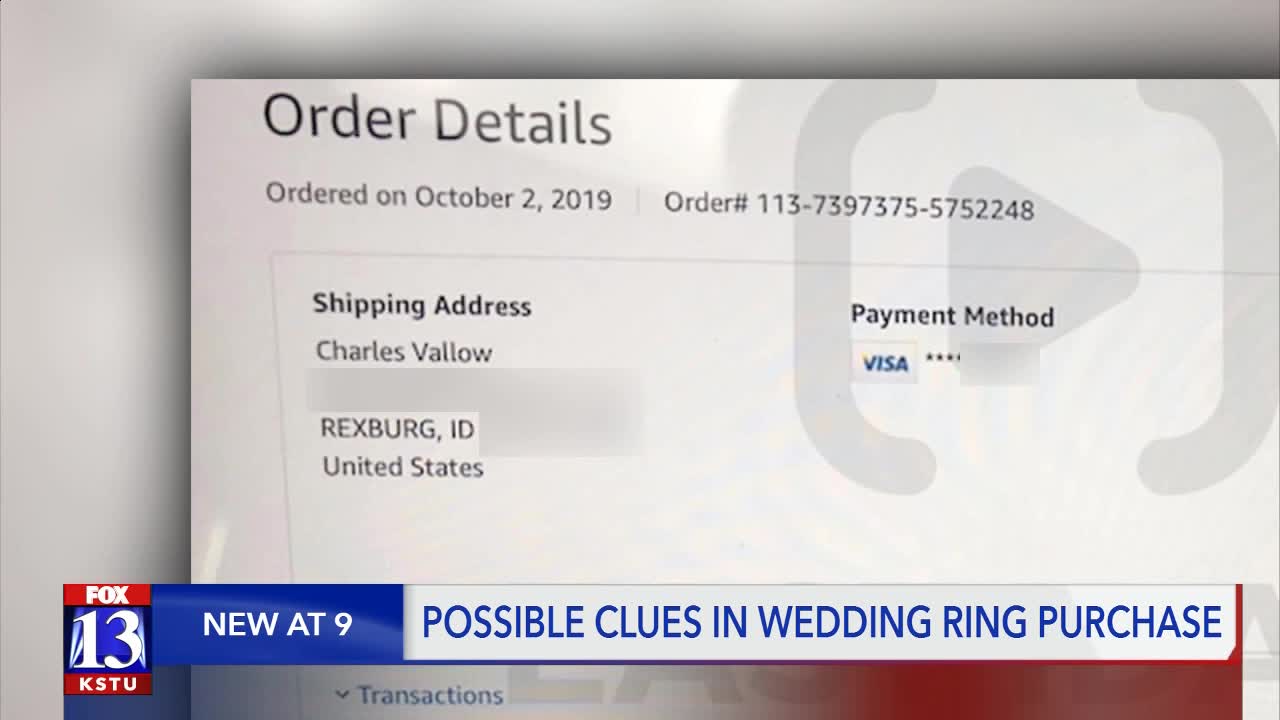 Records from an online Amazon purchase are revealing what FBI experts call an "intriguing" piece of information in the investigation of Lori Vallow-Daybell, and her two missing children.

Law enforcement says she won't tell them where her children are, and they believe the kids are in danger.

Now, a single Amazon purchase of a ring that's under $40, is shedding more light on the case-- and showing what investigators are potentially gathering. For a simple online order, there's a lot to unpack.

"A lot of questions that it raises," said retired FBI Senior Executive Frank Montoya, Jr. "It certainly doesn't look good for Chad or for Lori."

A screenshot of the order, obtained by East Idaho News, shows a Charles Vallow in Rexburg, Idaho placing an order for a silver and malachite ring on October 2, 2019.

Charles was married to Lori but died in July of 2019, shot and killed by her brother Alex Cox.

Lori lived at the Rexburg address listed on the order. It's the address her children went missing from.

Wedding photos obtained by news outlets show Lori wearing what appears to be the exact same silver and malachite ring when she married Chad Daybell in Hawaii in November.

The October 2 purchase date of the ring, was more than two weeks before Chad's late wife Tammy Daybell mysteriously passed away in her sleep.

East Idaho News also reported that sources close to the investigation said the computer used to order the ring was also used to search for wedding dresses the day after the ring was purchased.

Montoya called the ring and dress search potential bread crumbs in the investigation into the disappearance of JJ and Tylee.

They could be bigger indicators of other plans, he said, or other intentions.

He talked about the importance of digital forensics, and what this discovery could mean in finding other computer files.

"It's an indicator that there are lots of other pieces of information out there, that could prove useful to solving this mystery," he said.

Those other pieces of information could help lead to the resolution of the case and determine where the children might be, he explained. They could also show what other actions were taken to make sure Lori and Chad could get married, Montoya said, for instance-- any foul play in the deaths of Charles Vallow or Tammy Daybell.

The results of Tammy's autopsy haven't been released, so it's unclear how she died.

Lori's attorney filed a document requesting to reduce Lori's bond for a second time. A judge already reduced it from $5 million to $1 million.

The document states that the defendant,"...asserts new facts have come to light to support this motion since the previous motion bond hearing."

Montoya questions what new information that could be, and if it has to do with presenting the children.

"Anything short of doing that really doesn't warrant any further action," he said. "So we'll see, we'll have to wait and see."