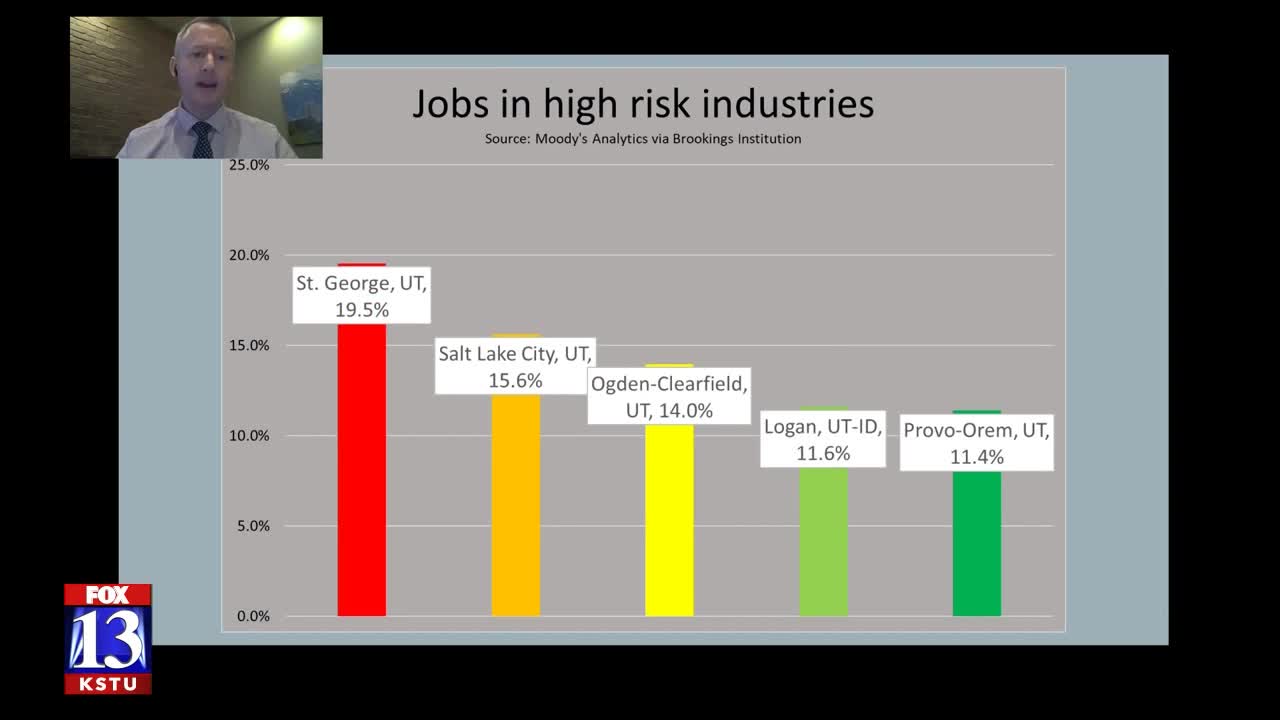 A Brookings analysis of metro areas in the United States that are most vulnerable to Covid-19 related job losses looked at a list of Industries likely to suffer.

A Brookings analysis of metro areas in the United States that are most vulnerable to COVID-19 related job losses looked at a list of Industries likely to suffer:

No Utah metro area was at the top of the list, but St. George was most vulnerable among Utah’s metros:

Utah has the lowest unemployment numbers in the nation, but some Utah counties fare better than others. Here were February’s numbers. Notice that the green counties tend to be in Eastern and Southeastern Utah. Much of the region is particularly reliant on Leisure and Hospitality and on Natural Resource extraction (drilling and mining).

Duchesne and Uintah Counties rely on resource extraction more than any others in the state. American Oil and Gas production is profitable when prices are high because there’s a higher cost of extraction. These percentages show the portion of jobs directly in natural resource extraction industries.

Travel and leisure are important businesses in almost every region of the state, but the counties below are most dependent on travelers, with anywhere from one in four to one in two jobs depending on them. Bear Lake and Flaming Gorge fuel the economies of Rich and Daggett Counties respectively. Summit County relies on skiers and high-end vacation renters. And Grand, Wayne, Garfield and Kane counties thrive when visitors flock to Utah’s national parks and monuments.