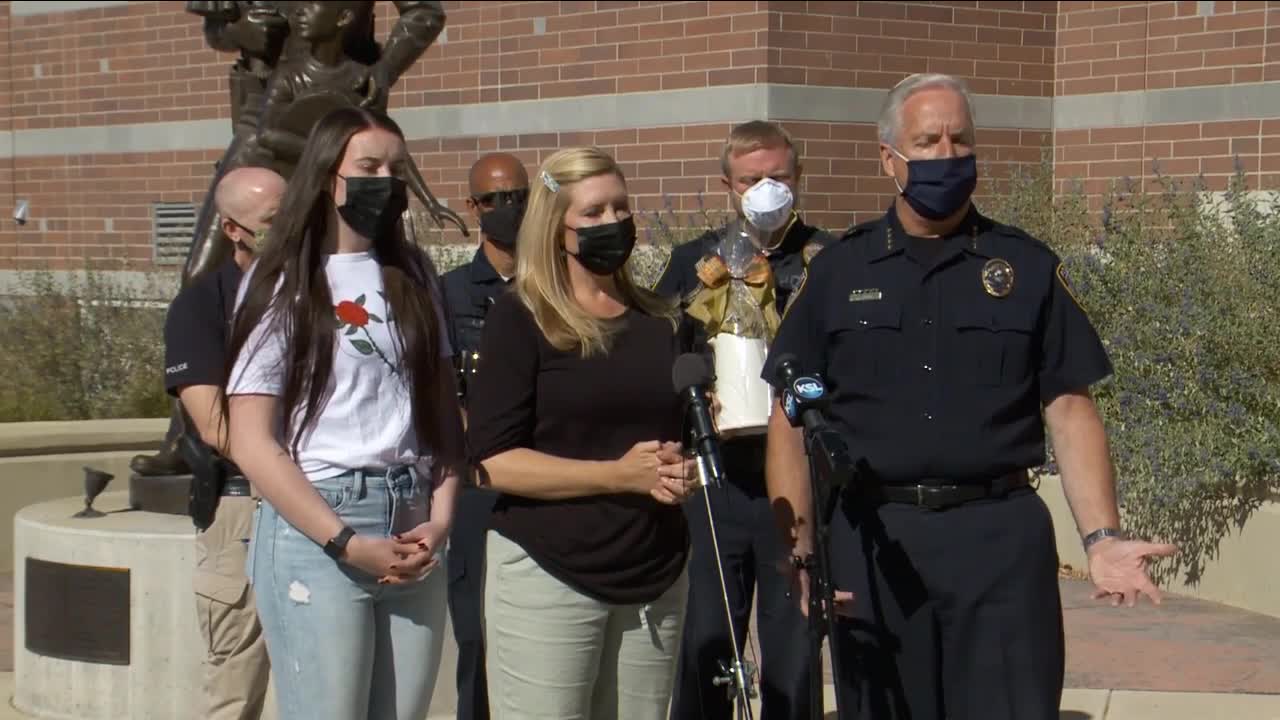 The Draper Police Department honored a Utah woman and her daughter for recognizing and helping return a woman who walked away from an assisted living facility.

DRAPER, Utah — A mother and daughter were honored by Draper Police after finding a missing elderly woman with dementia six miles away from her home.

The 67-year-old woman suffering from dementia walked away from Ashford Assisted Living Center on Sunday October 4.

“For me, it’s probably one of the worst calls we have,” said Draper Police Chief John Eining, “because you don’t really know where to begin to look.”

“My prayer is honestly to be more aware of things going around. It can’t hurt but it can help,” said Megan Pace.

“I just thought I need to check on her,” said Megan. “That prompting, that feeling hit about three times. I hit a roundabout and I flipped around and went back. She was happy to get into my car.”

“She couldn’t really remember her age and could only say her year. That’s kind of what triggered me the most that this was probably something a little more than just picking somebody up,” said Shianne.

The women called dispatch and drove the woman back home where officers were waiting.

On Tuesday, Draper Police honored them for attentive actions out front of City Hall. The women said they’re thankful they could help.

“It was really humbling and teaches me to act more on the promptings that you feel initially and the importance of being more aware of those things going on around you,” said Megan.