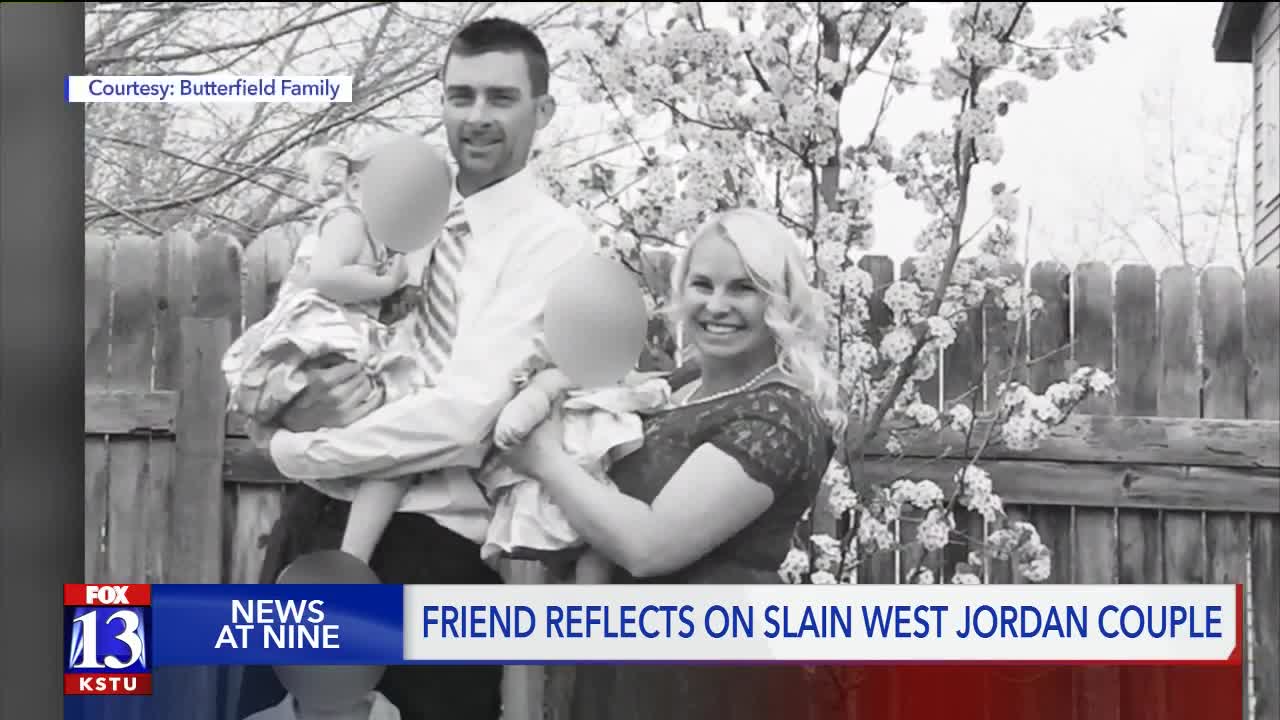 Friends of a slain West Jordan couple are trying to come to terms with their loss as the investigation into the Saturday morning killing continues. 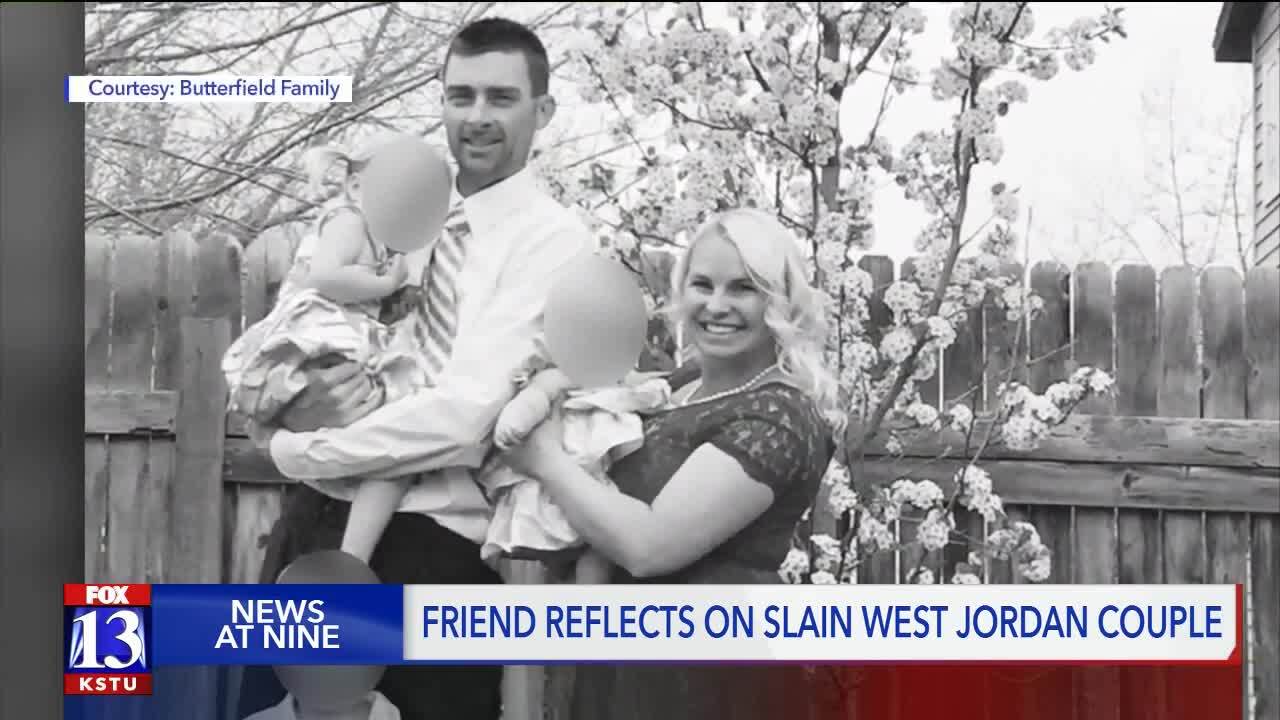 WEST JORDAN, Utah – Friends of a slain West Jordan couple are trying to come to terms with their loss as the investigation into the Saturday morning killing continues.

Remnants of broken glass, a footprint on the front door and caution tape draped nearby are all that remain from a tragic Saturday morning shooting that left two dead and three children under the age of four without parents.

“This is the first time I’ve been back to the house since the news,” said Travis Osborne, a family friend whose brother lives next door to the crime scene near 3200 West and 6900 South in West Jordan. “[It’s] pretty rough, pretty rough being here.”

Travis had been friends with the deceased couple, Tony and Katherine Butterfield, for years — he met Tony 11 years ago in college.

“We’ve been friends for a long time,” Osborne said. “Tony and Katherine were just good salt of the earth kind of people.”

For friends and family members, the loss of the two is an indescribable tragedy.

“My brother called me at 4:00 in the morning Saturday morning and I thought he was kidding with me,” Osborne said as he sniffed and started to get choked up. “I thought he was playing some sort of a joke or something. I didn’t believe him.”

Now, as the investigation continues, West Jordan Police say they have leads, but no suspect. On Sunday, the department sent out a tweet saying they weren’t in a position to comment, but hoped to have positive news soon.

Progress is being made. We aren’t in position to comment specifically in the case as this time. We want to maintain the integrity of the investigation. We hope to have some positive news soon.

Leaving many hoping for that positive news, and justice.

“Their smiles, their willingness to help out everybody, just great people. [I’m] so sad to see them go,” Osborne said of the Butterfields.

Tony and Katherine’s three children, all of whom are under the age of four — the youngest is just six months old — are now with family members.

A fundraising page, as well as a Venmo and direct deposit account, has been set up to help provide for their children. At last report it had raised nearly $125,000.