'I haven't seen anything like this:' Sheriff describes underground bunker in Wisconsin 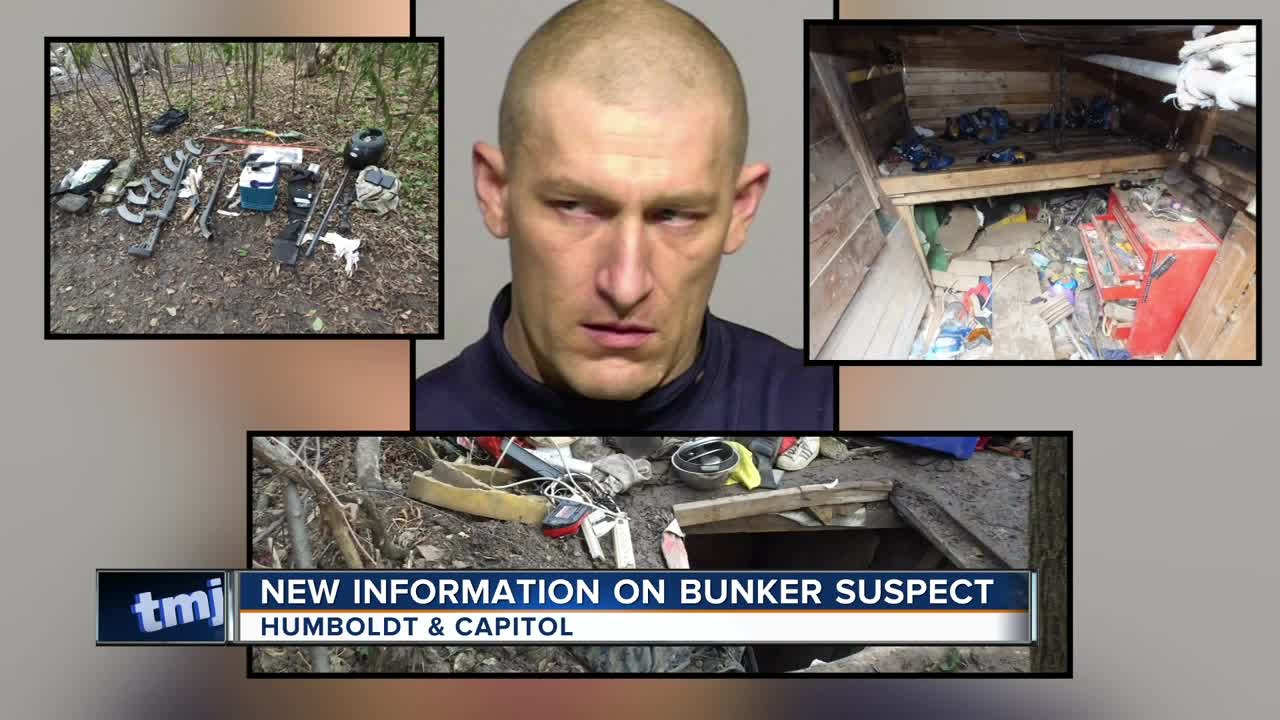 Geoffrey Graff was arrested Wednesday after shooting three rounds into the Milwaukee River. He led police officers to his bunker near the river.

Milwaukee County Sheriff Earnell Lucas has identified the man living in an underground bunker in the woods, near Estabrook Park, as Geoffrey Graff, 41.

"One would wonder how in an urban setting, an individual was able to hide in plain sight," Lucas said at a news conference Friday. "I haven't seen anything like this in my 44 years in law enforcement. Obviously, it required some ingenuity for an individual to do something of this nature in an urban area."

The encampment was found along the Milwaukee River near Humboldt Boulevard and Capitol Drive. Just across the river from Estabrook Park. It might not have been found at all, if not for a 911 call that came from someone at Estabrook Park, who heard gunshots early Wednesday morning.

"Graff was open with us, and told us he had fired three rounds into the Milwaukee River, because he was frustrated his dogs had runaway," Lucas said.

Sheriff's deputies arrested Graff, who then led them to his bunker in the woods. We were there Wednesday as investigators marked evidence, and carried-out weapons.

Lucas says investigators haven't been able to locate any family in this area. It appears Graff's family lives in Pennsylvania.

"We haven't been able to make any connections to a political or ideological motive for his disconnecting from family, moving, and creating this encampment," Lucas said.

Graff is in custody, but has not received any type of mental health evaluation yet. Lucas said it does not appear Graff is dangerous, or was a threat.

But in the encampment, deputies found four guns - a rifle, pistol, shotgun, and sawed-off shotgun. Along with three knives, and a bow with arrows made out of snow plow stakes.

"It looks like he could have conceivably been in that encampment for quite some extended time, maybe years, but we don't know for certain yet," Lucas said.

Graff's last known address was a boarding house on Milwaukee's east side.

"We have information that he was employed in the area, but was let go years ago because of some disputes at work,"

Court records show Graff was convicted of disorderly conduct in 2010 and 2012. He hasn't been charged in this case, but investigators are recommending charges to the Milwaukee County District Attorney of recklessly endangering safety, possession of a short-barrel shotgun, carrying a concealed weapon, and trespassing.

Meanwhile, early Friday morning, a clean-up crew arrived and started throwing-out everything that remained at the hidden encampment.

This article was written by Katie Crowther for WTMJ.