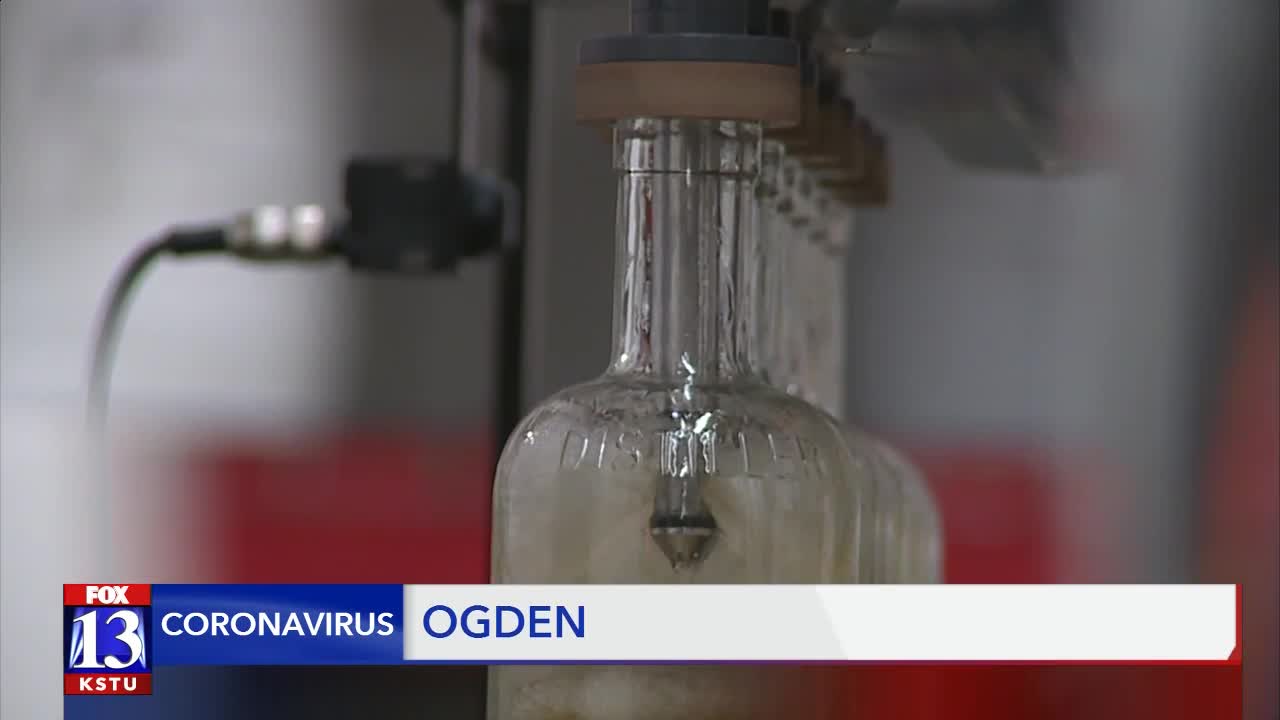 A Local distillery is starting to make hand sanitizer.

OGDEN — At the Ogden’s Own Distillery they make different types of spirits like Whiskey, Gin, and Vodka but now they will be making something new in the Wake of the COVID-19 Pandemic.

Hand Sanitizer… yes, that’s right, in response to the nationwide shortage they will be making thousands of bottles big and small in the Utah community.

“It’s surprisingly similar to our products.” Steve Conlin says “I mean really what you’re doing is taking the alcohol that’s produced cutting it down to a level that’s required for the recipe and then bottling it.”

They got clearance to do it Wednesday night from the Federal Government along with others in Utah like the Sugarhouse Distillery and they already have people waiting.

Conlin says that doctor’s offices and even the DABC along with many others have reached out with the need for that 160 proof liquid that is in such short supply.

But all of this has a bigger meaning to him and the company “when I sit and think about how many people in this industry I know that are all just scrambling for jobs and are texting me for something to do” Conlin says “I would like nothing better than to see food and beverage people benefit.”

He hopes that people can use the hand sanitizer to raise money and give back to the industry he knows so well also saying “We’ve already committed to donating our profits for March and April back to the food and beverage industry.”

So as soon as Friday they will start producing and eventually selling a liquid far more valuable to the Utah community than pretty much anything else in this time of need.