Man involved in killing SSLPD officer sentenced up to 30 years 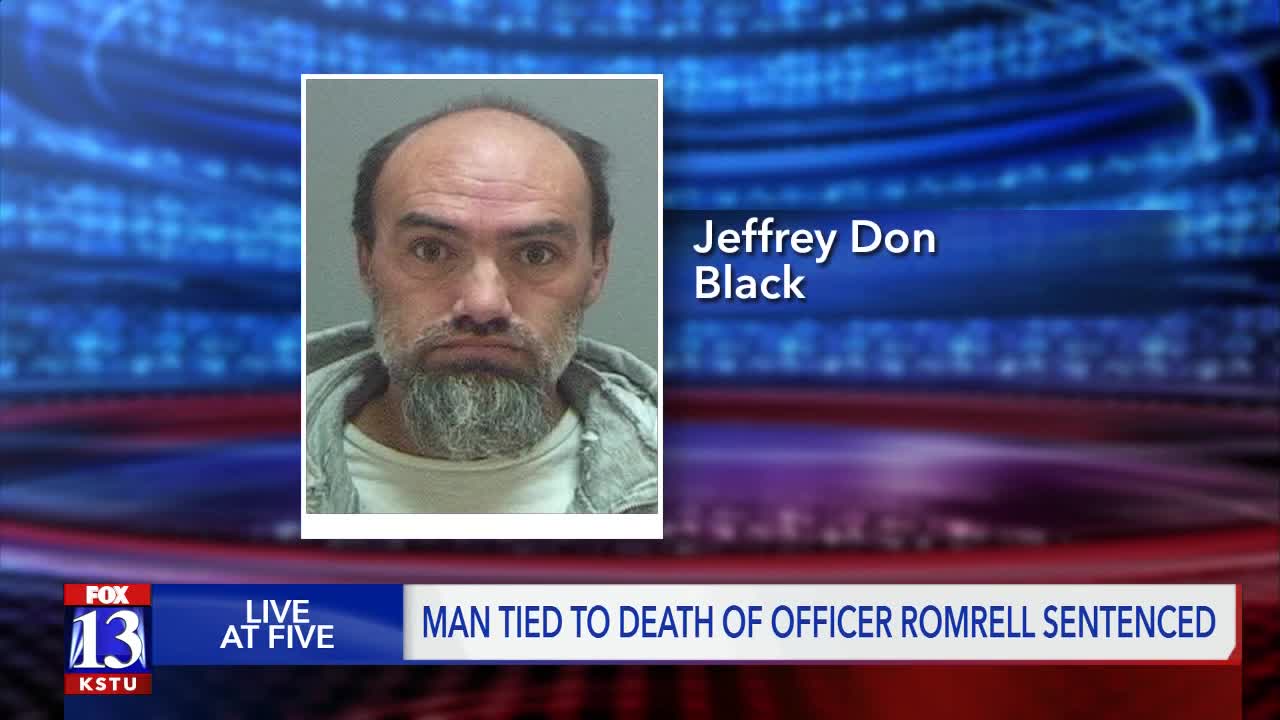 The man sitting in the passenger seat of a vehicle that hit and killed South Salt Lake Police Officer David Romrell will spend up to three decades in state prison.

SALT LAKE CITY — The man sitting in the passenger seat of a vehicle that hit and killed South Salt Lake Police Officer David Romrell will spend up to three decades in state prison.

Jeffery Black wasn’t behind the wheel of the Chevrolet that killed Officer Romrell, but a judge sentenced him two to 30 years in state prison for his role on November 24, 2018.

“That was the best outcome we could hope for,” said South Salt Lake Police Chief Jack Carruth.

He admits to being in the car driven by Felix Calata that hit Officer Romrell. The two were trying to escape after breaking into a home with a crowbar.

Officer Romrell told them to stop at gunpoint but was hit and dragged several feet. Black ran off and hid in a boat to avoid capture after police shot and killed Calata.

In the video hearing Tuesday, the judge said Black remains a danger to the community.

“He’s responsible for the carnage and death that took place,” Judge Royal Hansen said during the hearing.

Officer Romrell’s widow read an open letter to her husband in court saying, “I don’t want to think how your loss has affected me. There is too much sadness, hurt and grief tied to your loss.”

While Chief Jack Carruth said the sentencing gives some closure, he admits Officer Romrell is missed every day.

“That first year was hard. We all mourned for quite a while. We are still mourning,” Chief Carruth said.

The sentencing was supposed to take place in April, but was pushed back due to COVID-19