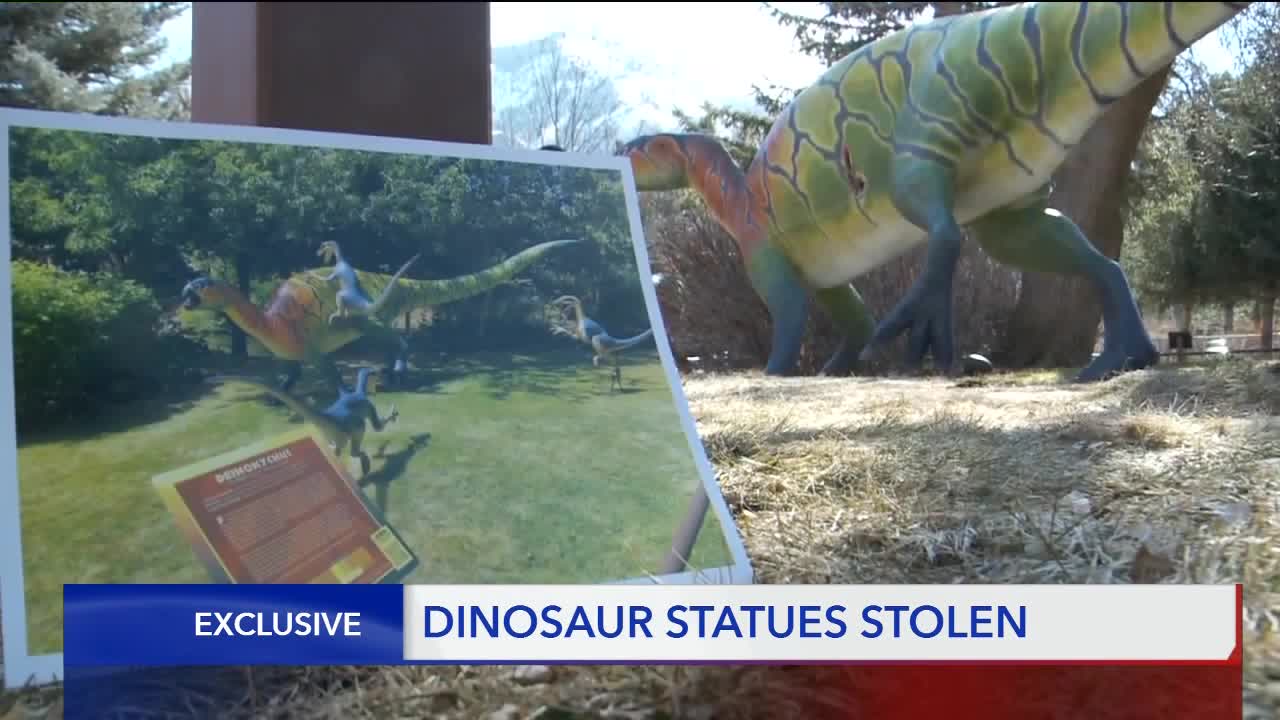 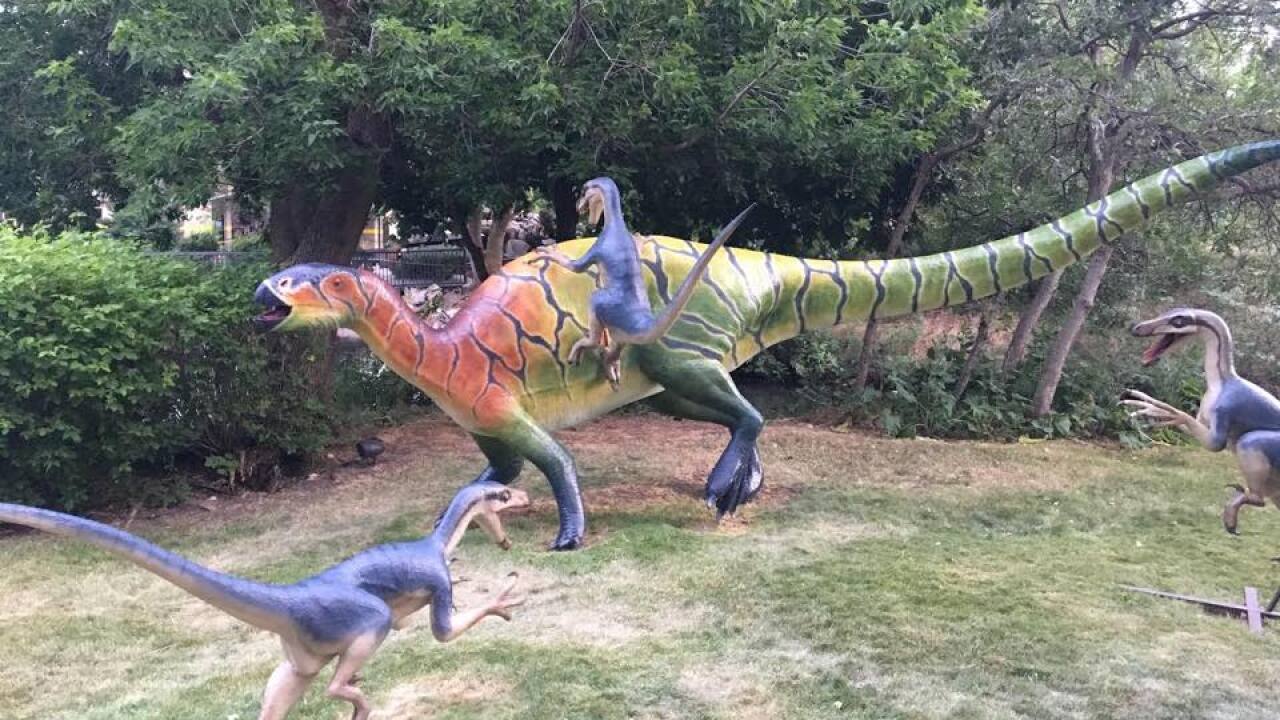 Ogden police are searching for whoever stole several life-sized raptors from a popular city museum.

Three raptor replicas, that educated children for more than a decade, were stolen from Eccles Dinosaur Park.

The display featured three raptors attacking a much larger predator. Two were mounted on the ground on floor mounts and then one was attacking the larger dinosaur on the side.

Artist Kirk Larsen recently restored the dinosaurs and while going to check out his work Tuesday morning, he discovered the missing raptors.

“It was kind of confusing why we just repaired them and restored them and they were moved. but that wasn’t the case,” Larsen said

The thieves knew what they were doing, according to Ogden Police, because they used unique tools and somehow avoided the park’s cameras.

All that’s left, raptor toes left at the bottom of the back fence.

The raptor replicas stood at the center of the park, teaching children about the type of dinosaurs that lived in Utah during the early cretaceous period.

The fiberglass raptors are five feet tall and seven feet wide and are worth more than $20,000. If you know what happened or see them, contact Ogden PD.