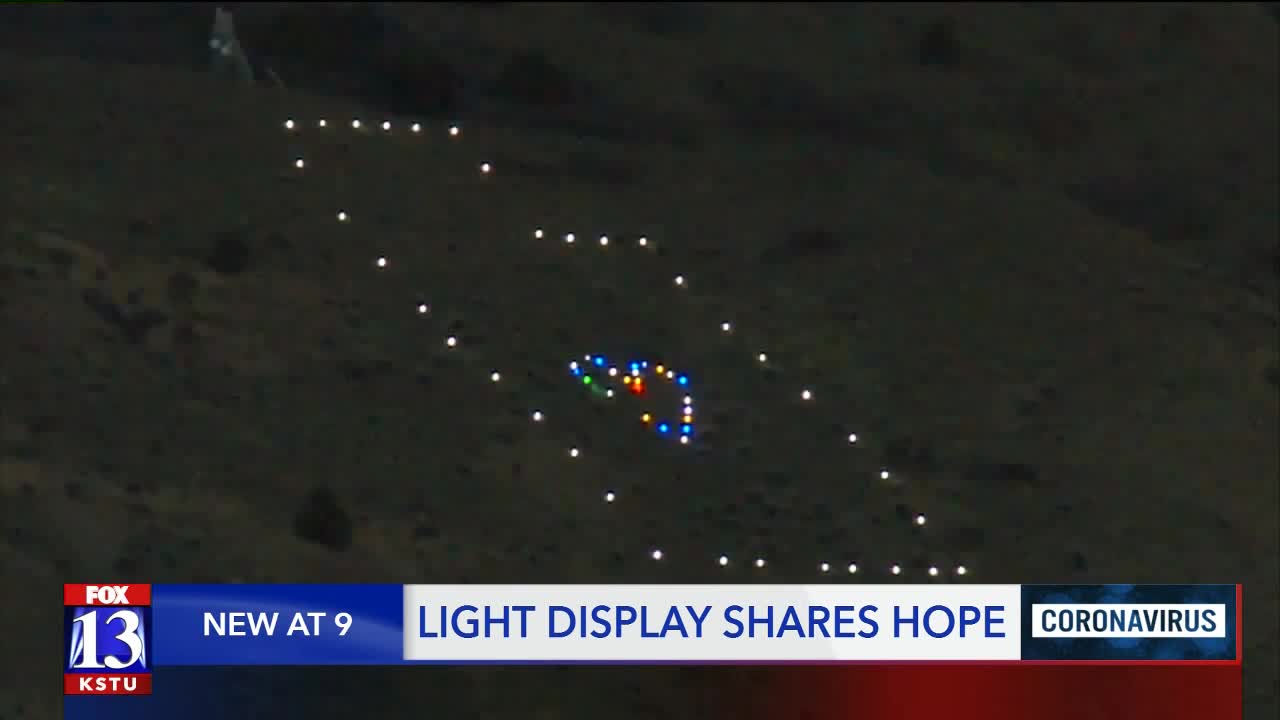 A light display on the mountainside is giving people who live in Utah County and those who drive through the area a reason to feel some hope during this uncertain time. 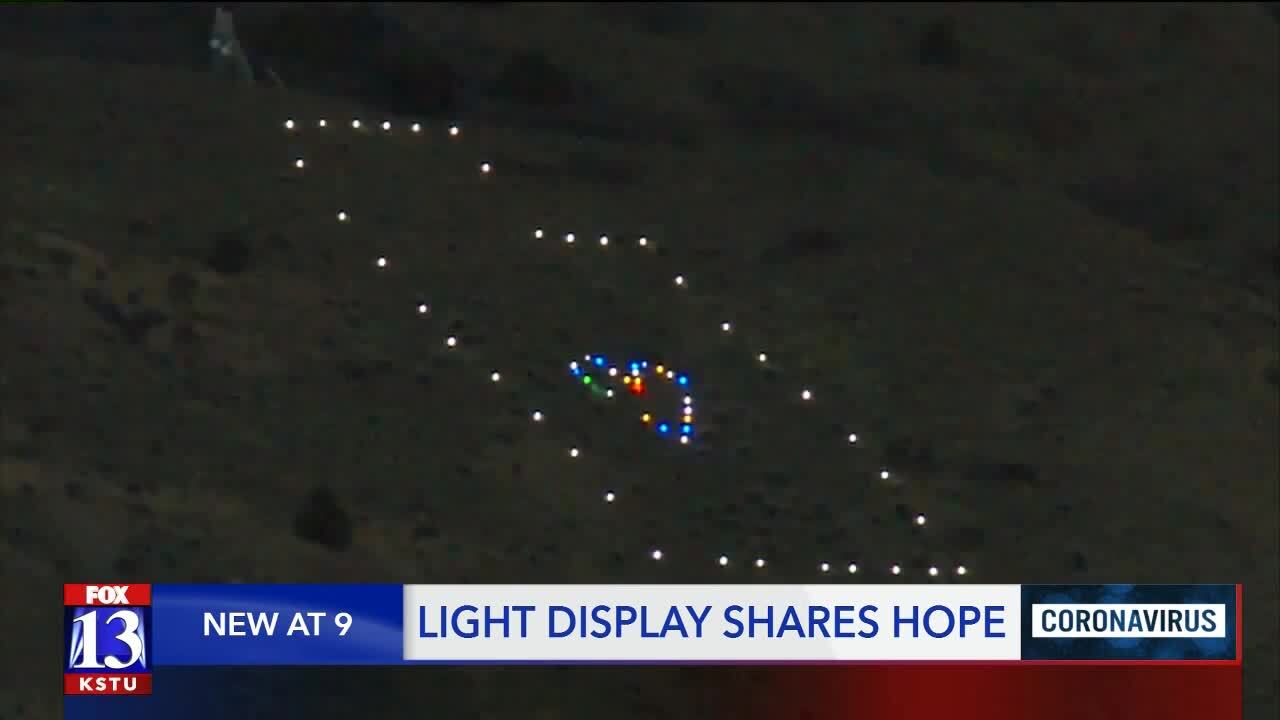 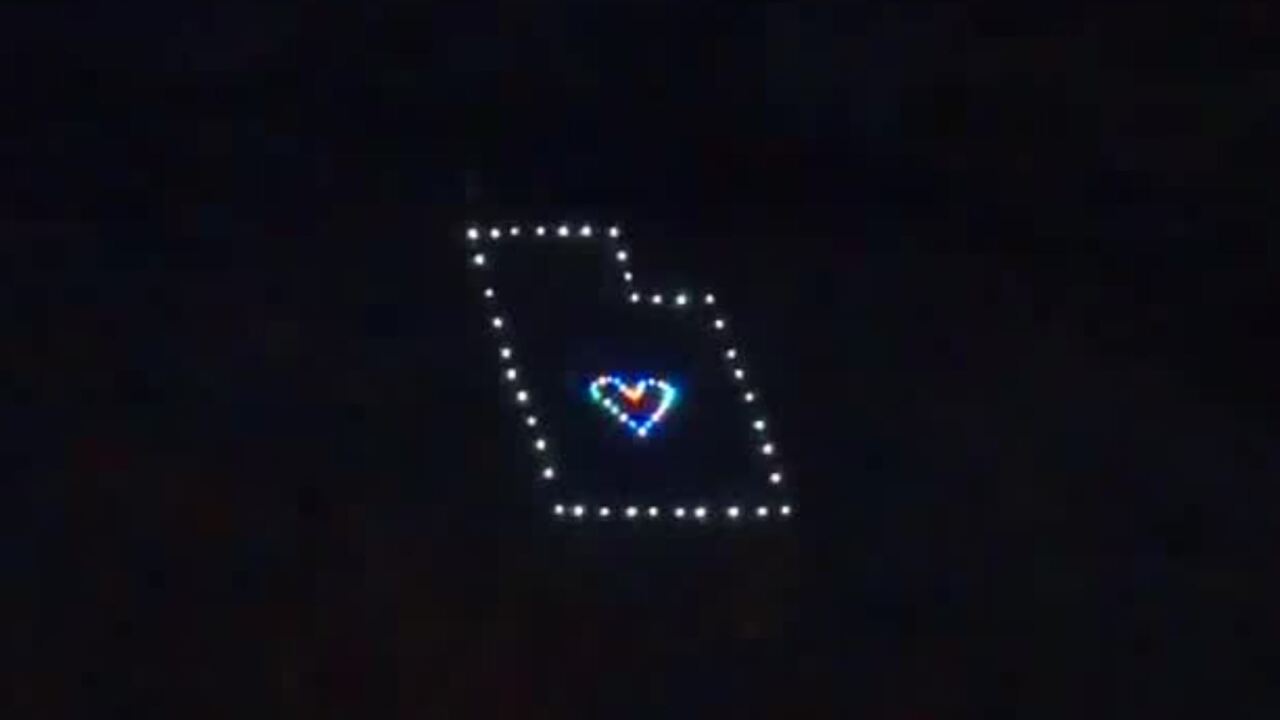 PLEASANT GROVE, Utah – A light display on the mountainside is giving people who live in Utah County and those who drive through the area a reason to feel some hope during this uncertain time.

The idea came about while one resident, David Hartle was practicing social distancing at home.

He decided to hold a contest on Facebook, asking children to submit their designs for a display he would install.

“Right now, social media and things on-line are the only connection we have,” Hartle said.

Forty-one children entered designs. After Hartle selected his 10 favorites, the final decision was put up to a vote on social media. The winning design was the outline of the state of Utah with a heart inside.

“I thought what better way to give hope than to show love to our state,” said Leigha Squire, the 14-year-old who came up with the winning schematic. “People need hope during all this crappy stuff going on, being distanced from everybody.”

With some help from his brother, wife and K-9 companion, Hartle brought the design to life in a couple of days using solar powered lights.

“It takes a few nights. I’ll hike up there at 5 or 6 at night and start working on it,” Hartle said. “Once it gets dark and the lights start to come on, my wife is down below helping me fine tune things.”

The display is about 300 feet tall. It is visible from Interstate 15 and as far west as Saratoga Springs.

“I think a lot of people feels it brings the community together,” Hartle said.

The colorful lights have gone viral on social media with many commenting on the simple message and symbolism they project.

“On Facebook a lot of people are talking about had they had hard night shifts at hospitals and how they feel so much better after looking at the mountain and seeing the lights,” Leigha said.

David was planning to remove the lights on Monday, but says he will keep them up longer because they mean so much to so many people.