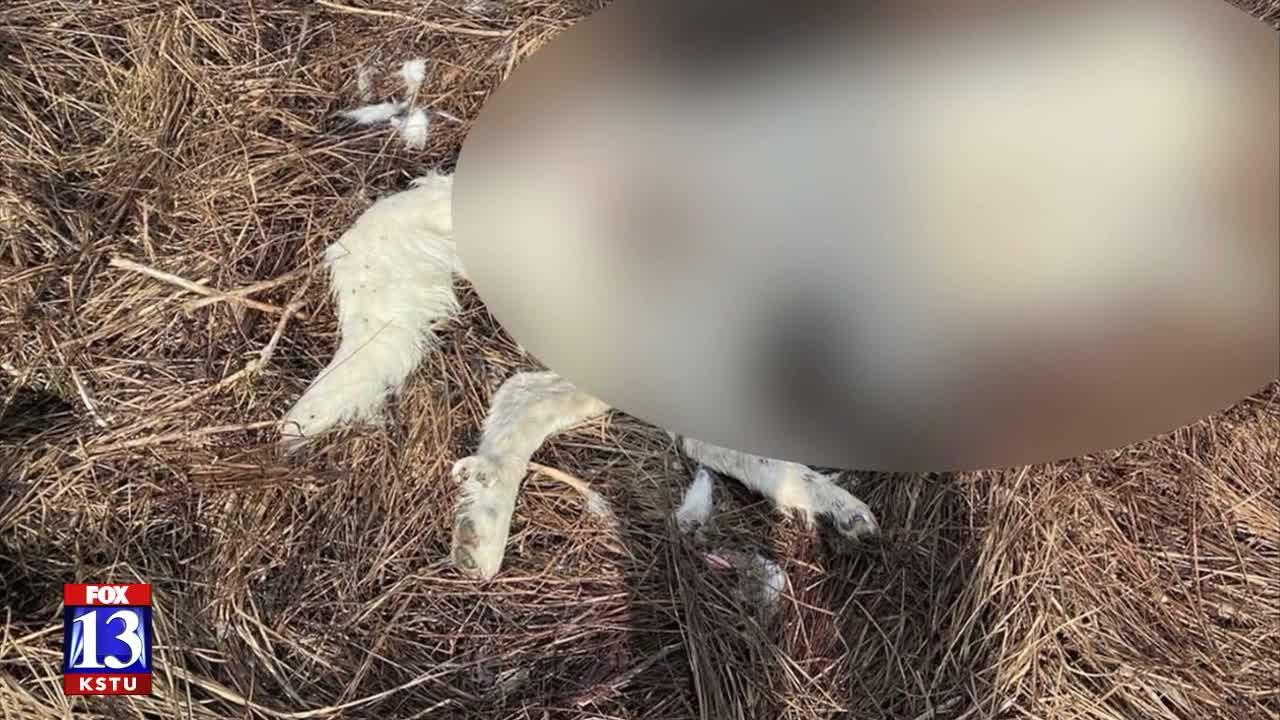 CACHE COUNTY, Utah — A dead dog with a gunshot wound was discovered near Hardware Ranch in Cache County this week.

Since December, Shelley Rovira searched the snow for three Great Pyrenees dogs believed to have been abandoned in the rural mountains.

On Wednesday, the fate of one of them brings her to tears.

“How would someone just shoot him like that? It just shows how evil … some people can be,” Rovira said.

He was found lying in a field. Rovira thinks he had been there less than a week.

“To have him just be shot in the hip and left there to lay and suffer and die, it’s horrible,” said Rovira.

The dog could be the father of three puppies taken off the mountain in December.

Since then, Shelly and others have looked for their mother, who they named Grace. Throughout the winter, volunteers regularly putting out traps and food.

“This news is devastating,” said Shauna Thompson with Great Pyrenees Rescue of Utah.

Thompson said the non-profit is offering a $1,500 reward for information.

"For someone to do such an act of cruelty towards an animal, it has to stop,” Thompson said.

The rescue group placed three puppies with families shortly after they were found freezing in the snow.

Rovira was hoping for the same outcome for the killed dog they’ve named General.

“With everything going on right now, why would you do something like that? It’s heinous; it’s awful,” Rovira said.