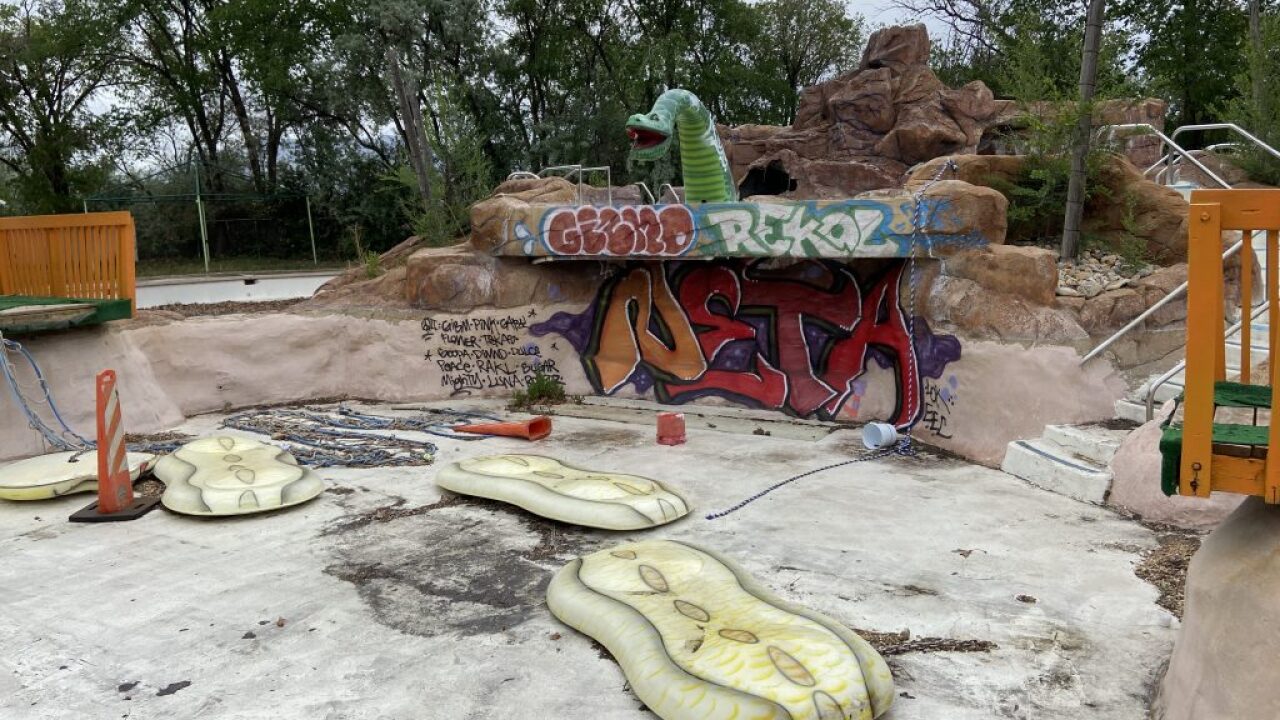 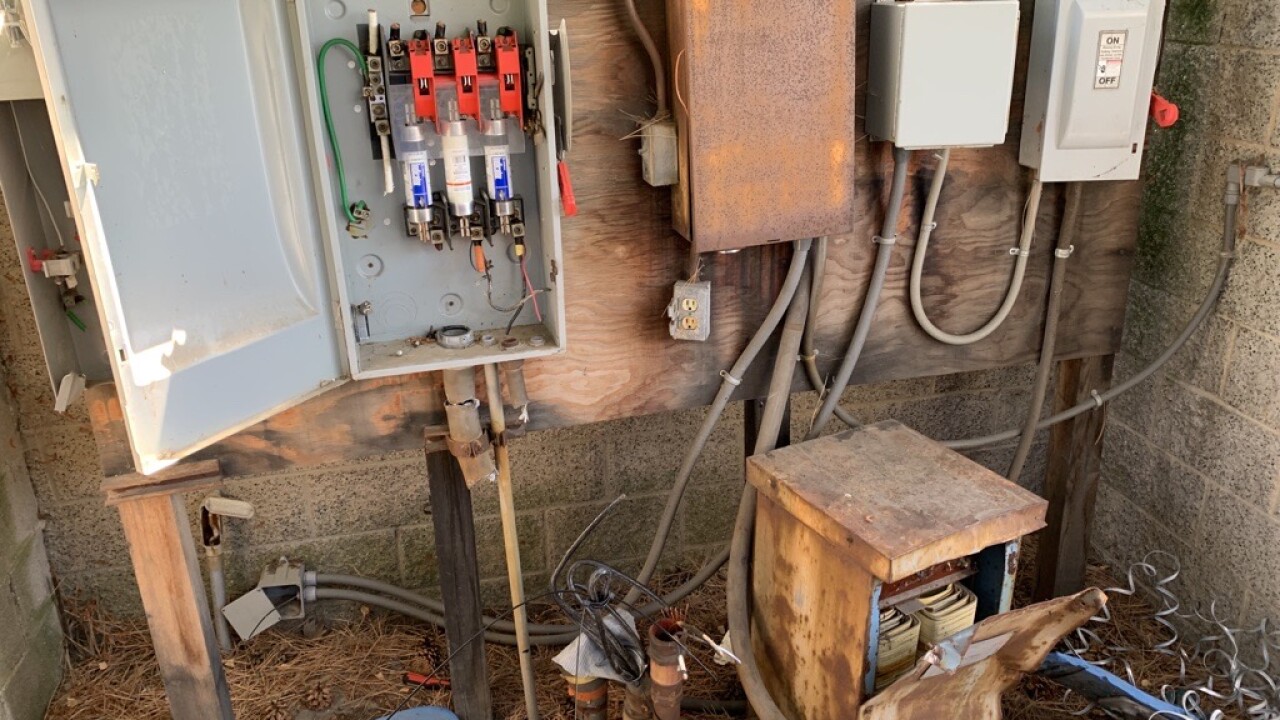 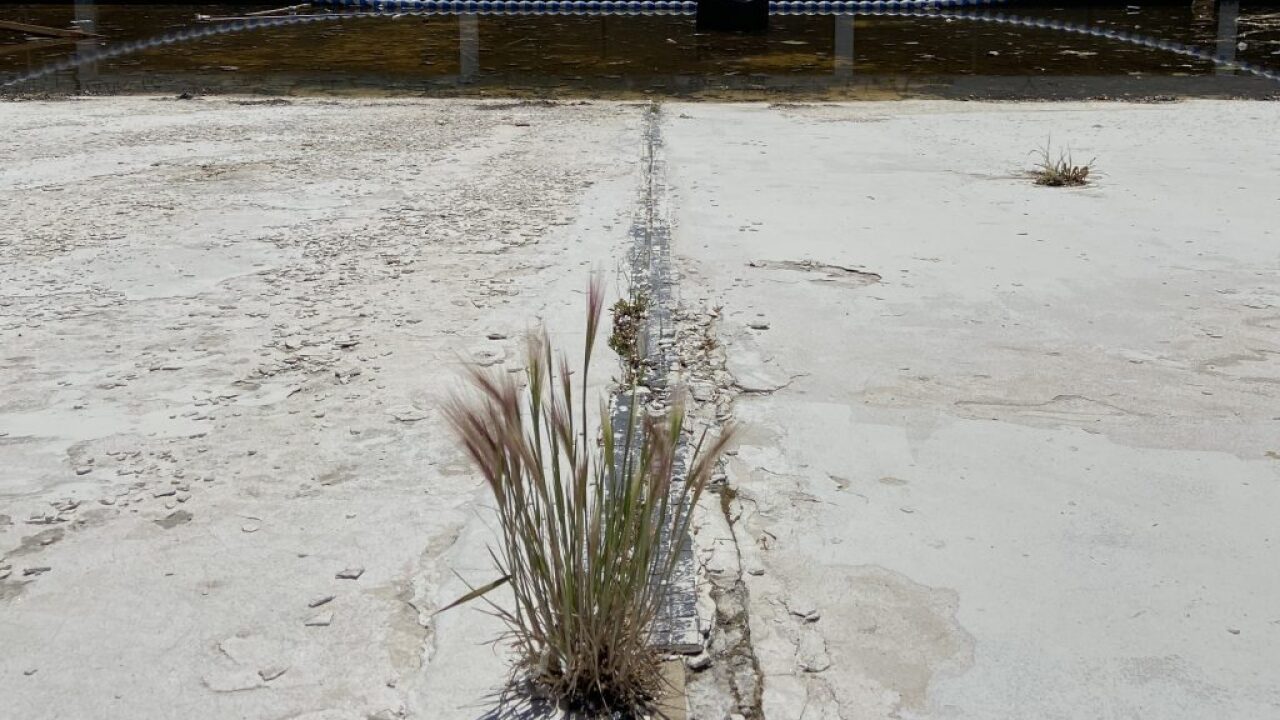 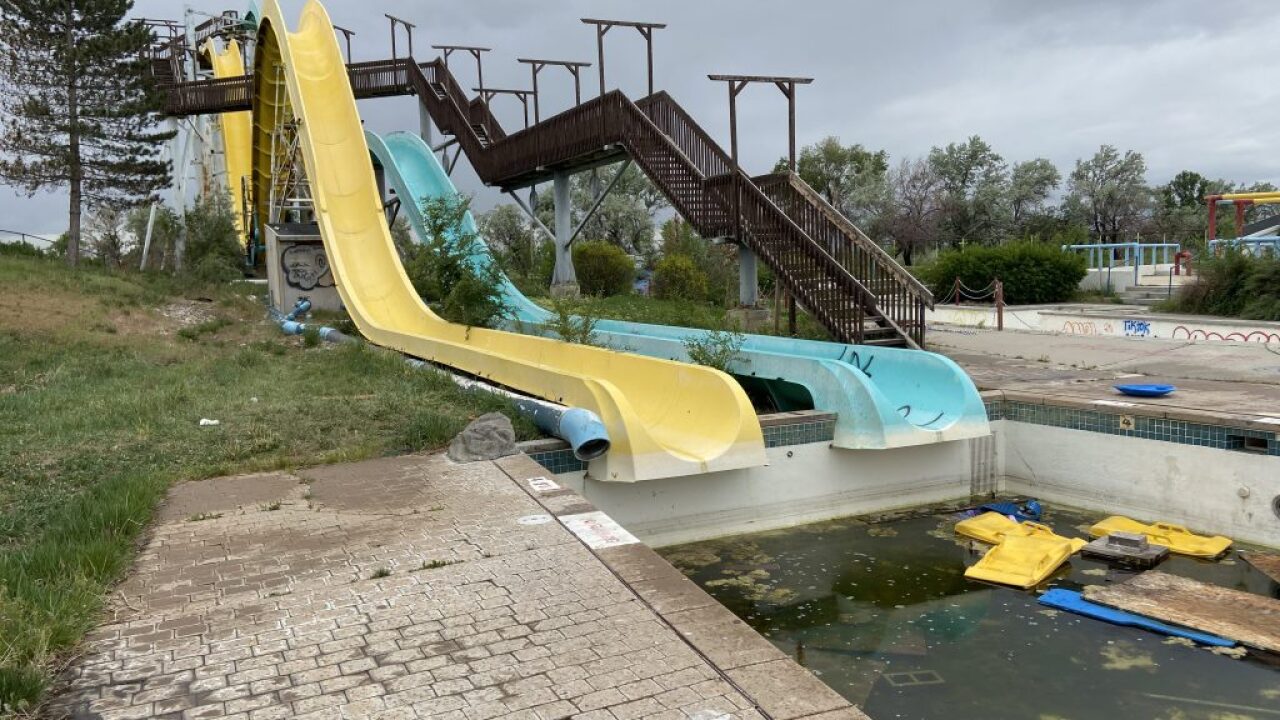 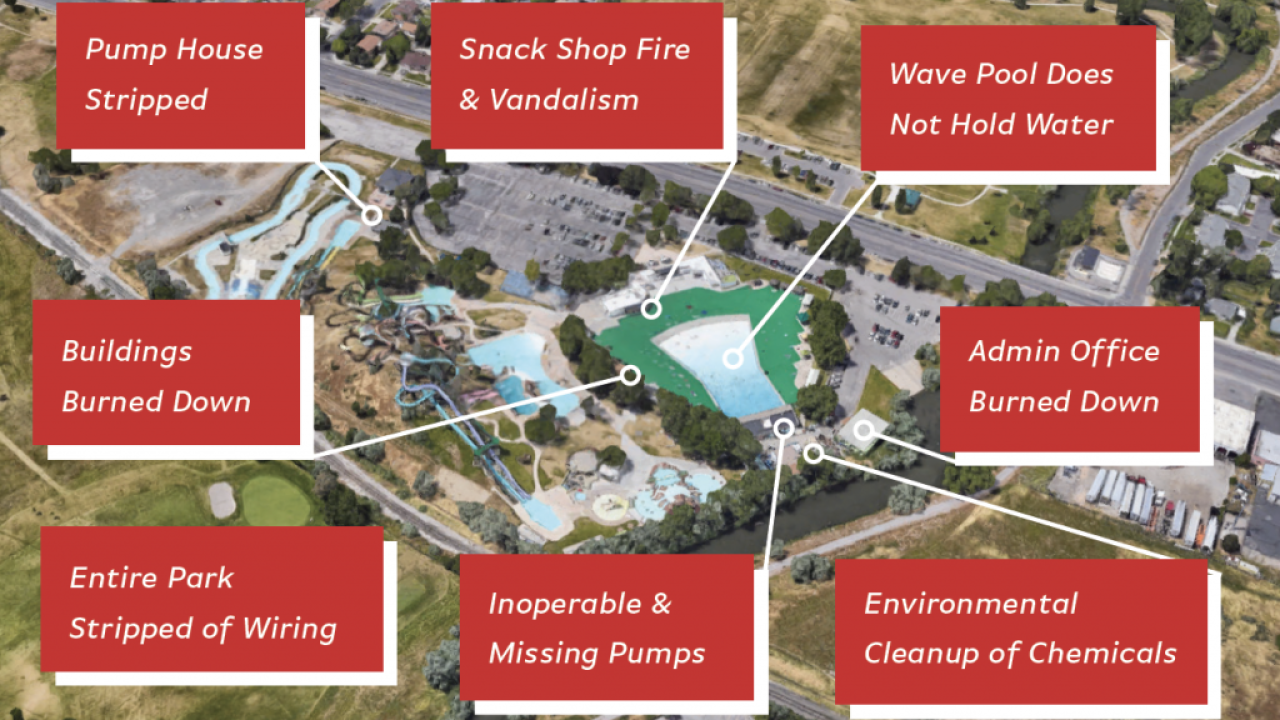 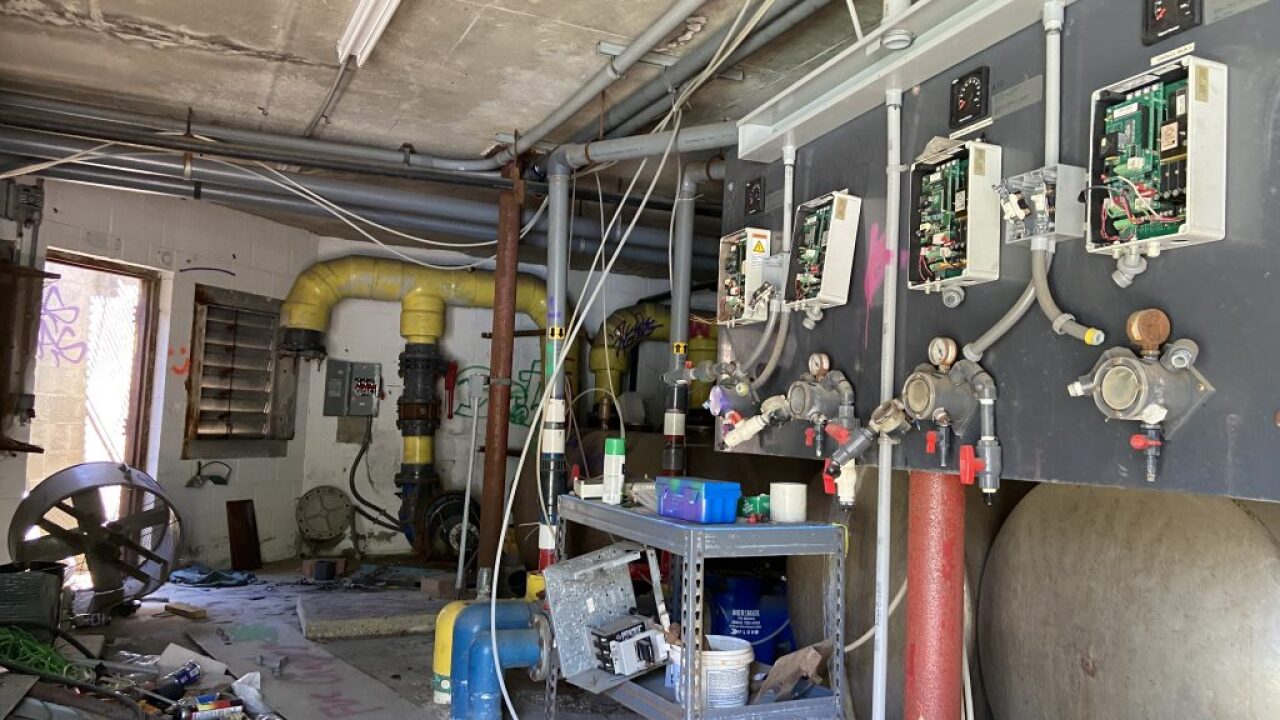 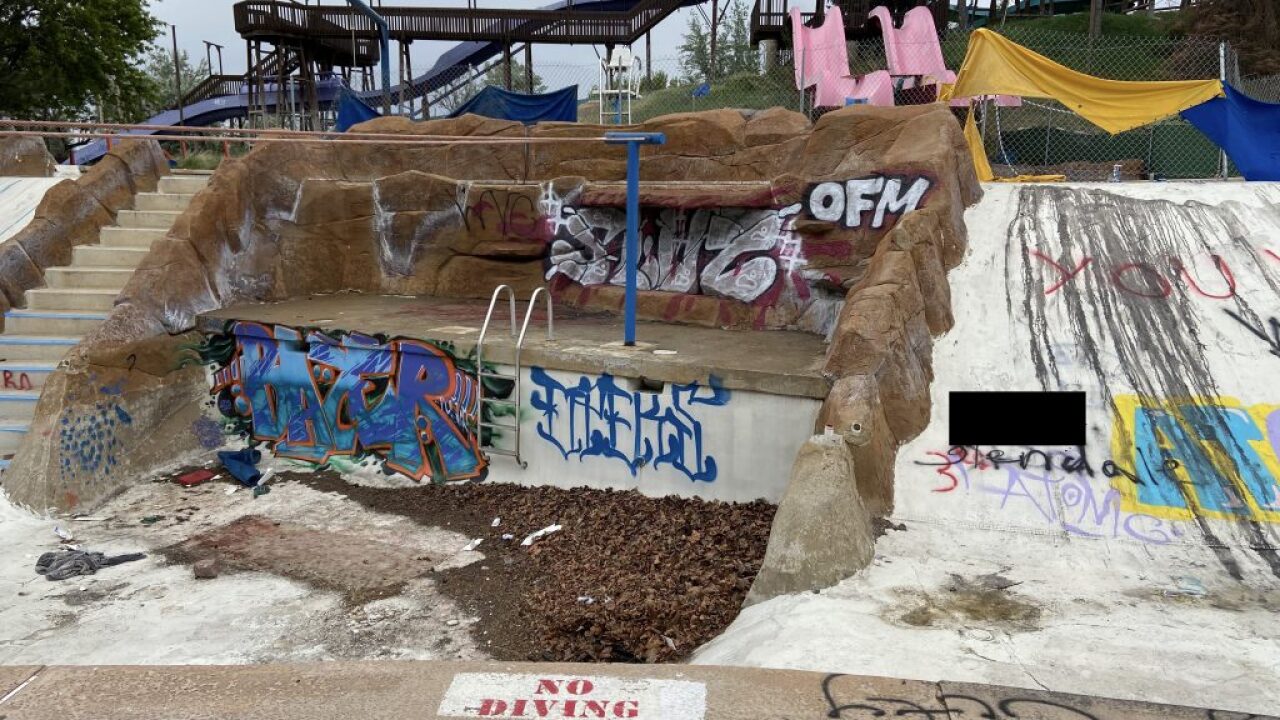 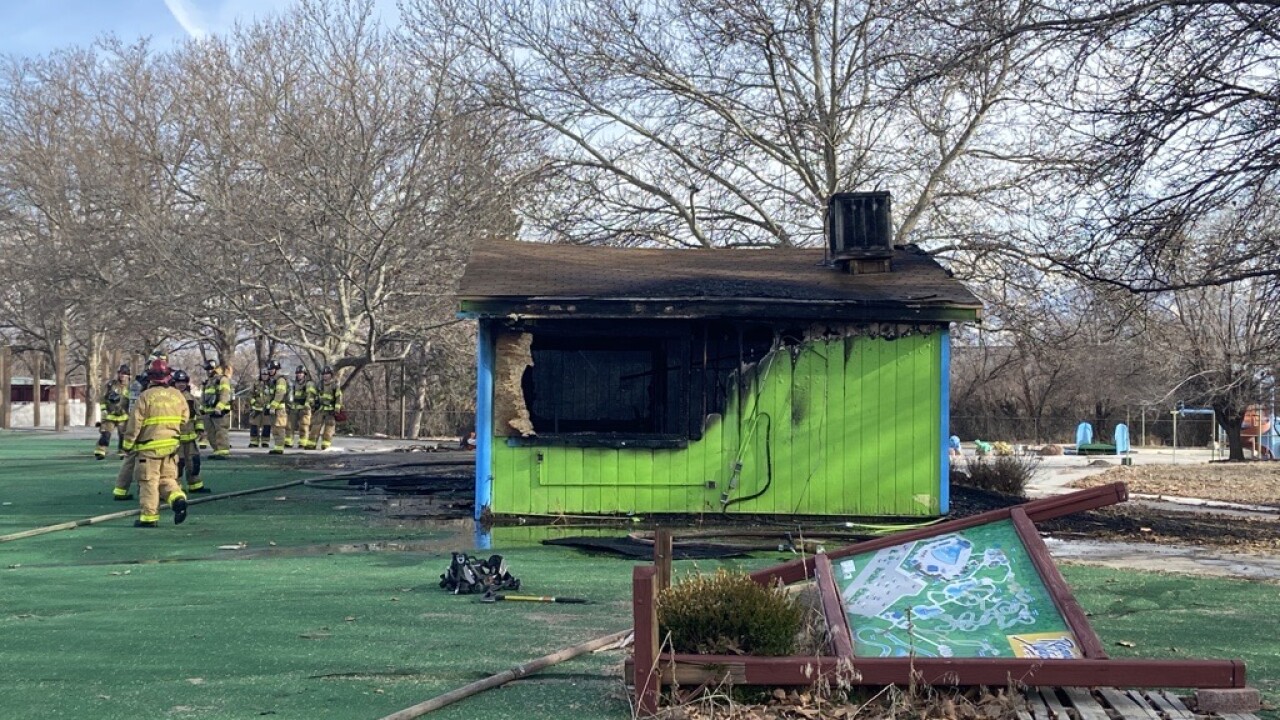 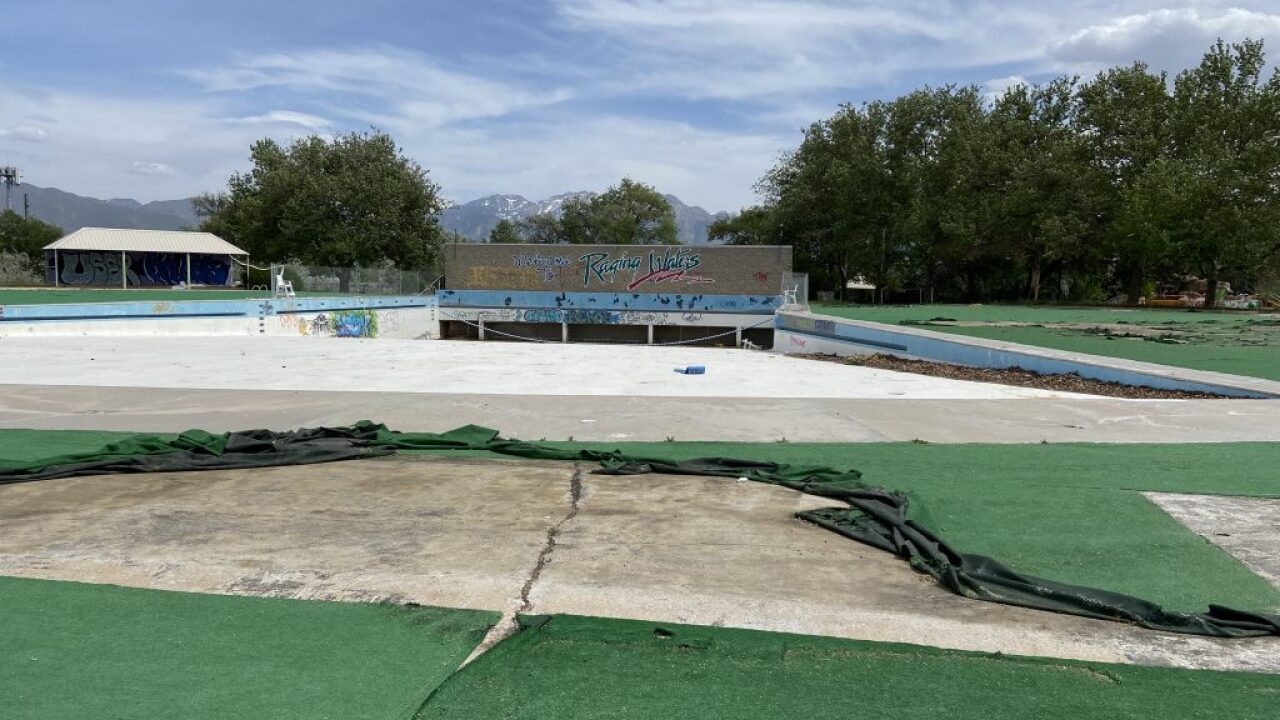 SALT LAKE CITY — Salt Lake City hopes members of the public can help guide the decisions on what to do with the abandoned 17-acre water park in the city's Glendale neighborhood.

The site, which was known as "Wild Wave," then "Raging Waters" and "Seven Peaks" is in a serious state of disrepair.

"Wild Wave" opened in 1979 with the world's third wave pool. In 1983, California investors took over the park and spent $3.5 million to upgrade the site with water slides. The site became "Raging Waters." The water slides were anchored on berms left over from silt and sand deposited in the 1983 floods.

In the early 2000s, "Seven Peaks" took over operation, and once again renamed the site to match the branding of the company's other water park in Provo. Seven Peaks' lease expired in 2018 and they chose not to renew it.

Blue Island Group negotiated to become the next operator of the water park, but they went into default in August 2019 after failing to maintain the site.

"Closed since 2018, the pools leak, much of the equipment is broken and unsafe, or no longer meet engineering codes. Vandalism and operator abandonment have created additional problems, such as fires, stripped electrical wiring and equipment theft. The park’s condition leaves Salt Lake City wrestling with the difficult question of what to do next," according to the Salt Lake City Government.

Water park experts estimate that it would cost more than $20 million to rebuild the park. Instead, members of Salt Lake City's staff have recommended tearing down the site and making way for a new, to-be-determined project with an estimated cost of $500-600,000.

"Before taking any action, we want to hear from you. City parks are your parks, so your thoughts and ideas matter. Please consider taking the survey [...] and then contributing comments to the Parks and Public Lands Master Plan, which will help the City consider its next steps," a post on the city's website said.