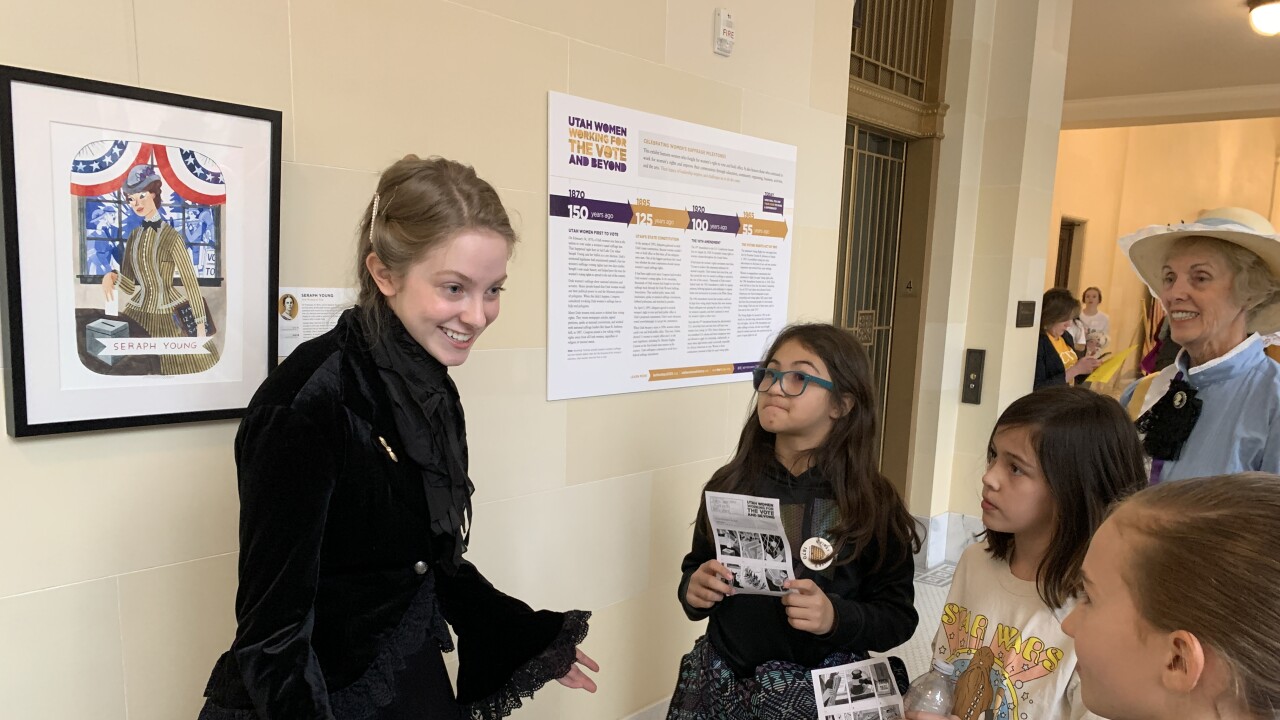 Ben Winslow
A woman portraying Seraph Young speaks to students at the Utah State Capitol about suffrage on Feb. 12, 2020. 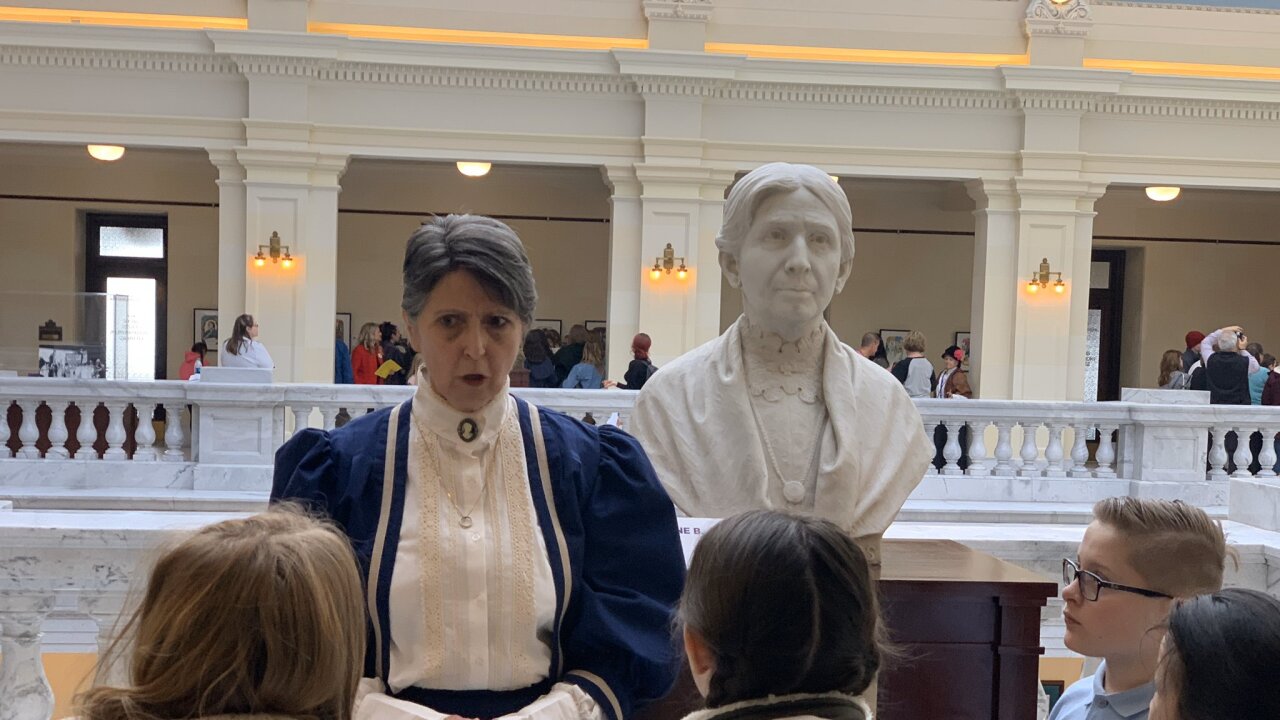 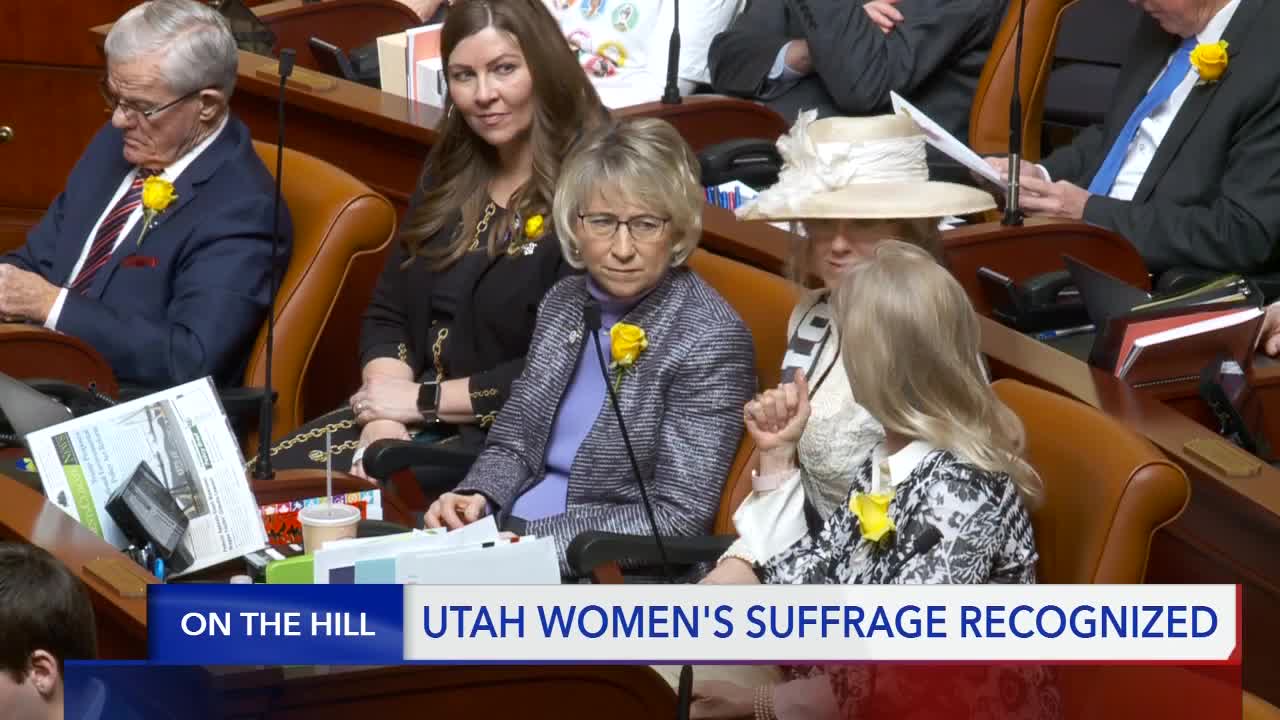 SALT LAKE CITY — The Utah State Legislature honored trailblazing women who fought for equality and the right to vote.

Wednesday marked 150 years since Utah women first voted, ahead of the rest of the nation. The House and Senate unanimously passed House Joint Resolution 12, commemorating women's suffrage in Utah.

"It’s exciting for Utah and it’s frustrating to me, personally, that this is not recognized nationally," said Sen. Deidre Henderson, R-Spanish Fork.

One reason why? Utah's history of polygamy.

Congress granted women in the territory the vote, Sen. Henderson said, expecting they would ban polygamy. Except they didn't.

"Utah women weren’t voting the way Congress thought that they should," she told reporters. "So they repealed that right to vote."

Utah ultimately abandoned polygamy as a condition of statehood and the 19th Amendment was ratified. (Coincidentally, Sen. Henderson is running a bill to make bigamy among consenting adults an infraction.)

On Wednesday, women in Utah marked not only the right to vote but a larger push for equal rights. In events organized by the group Better Days 2020, women portraying famed Utah leaders including Martha Hughes Cannon (the first woman elected to a state legislature), Susan B. Anthony, Emmeline Wells and others spoke to thousands of students from schools across the area, sharing the history.

"We were pushing for equal rights long before we had the vote," said Rep. Melissa Ballard, R-North Salt Lake.

Standing in the House chamber beneath a mural of Seraph Young, the first woman to cast a vote in the Utah territory, Rep. Ballard urged her fellow women in the legislature to stand as they were applauded for their service. She thanked the men who supported suffrage, but also called for more women to get involved in politics.

"It really is honoring and encouraging women today, and all of us, to be engaged in civic life," Rep. Ballard said in an interview with FOX 13.

"We’ve opened the doors hopefully for you to do, experience whatever you choose to do," she said.

There are more events this week to get women involved in politics. On Friday, there will be a voter registration drive aimed at women.

A resolution to have Utah ratify the Equal Rights Amendment has stalled in the legislature. Rep. Karen Kwan, D-Taylorsville, said it is still in the House Rules Committee, which determines whether bills get a hearing or not.

"I’m pushing and I’m hoping and I know that my colleagues have it in their heart to support women’s equality," she told FOX 13.