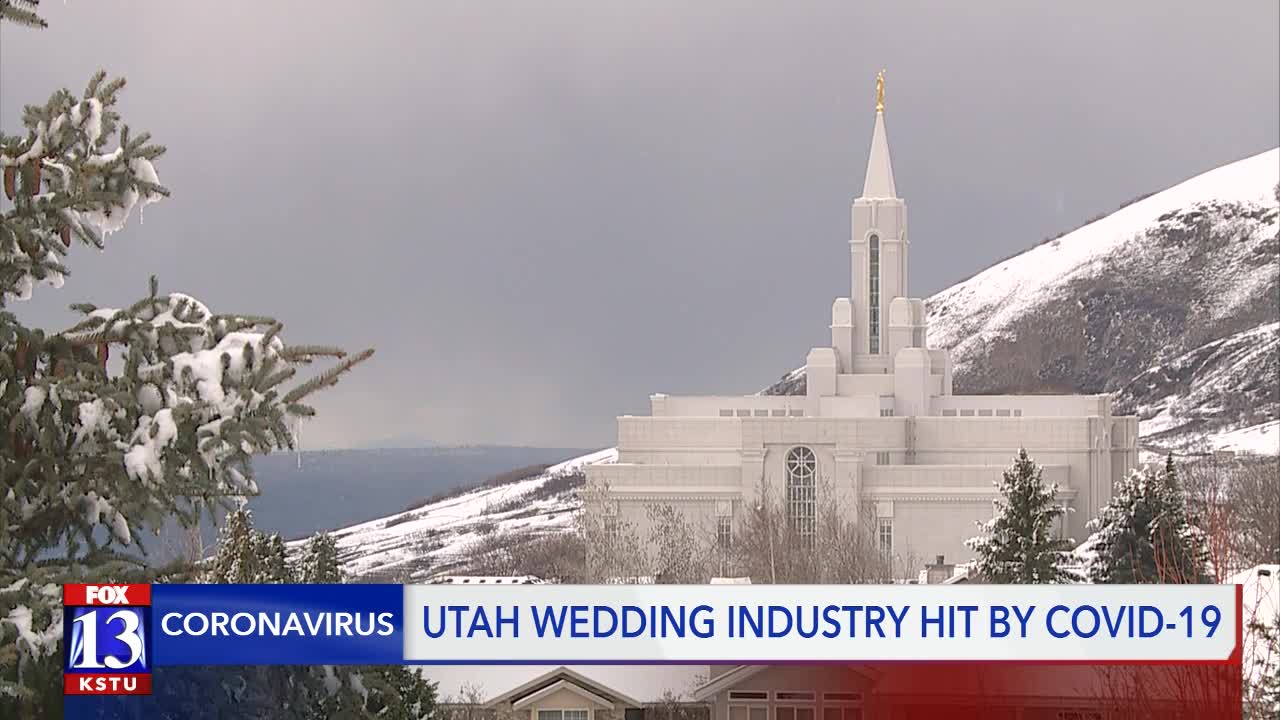 The wedding industry here in Utah is seeing a huge impact from the Church of Jesus Christ of Latter-day Saint’s announcement late last night, stating all temples across the world are now closed because of COVID-19.

There has been no indication of when Latter-day Saint temples will be open again, and for wedding photographers that means their business goes away.

Tasha Breakall has been a Utah Wedding Photographer for five years and said it’s not uncommon to have a stressed-out bride calling for answers.

“In this scenario, do you elope, do you postpone, do you book a date in August or September?” said Breakall. “No one knows when it’s going to be safe, so it’s hard because I don’t have answers for them.”

Breakall has had a lot of her weddings reschedule.

One couple, who was originally going to be married in April, changed their wedding date to last week—just before the Church made their announcement.

Suddenly being together meant so much more for them and having those photos meant even more to them, when they couldn’t people they love there to celebrate, said Breakall.

Other couples have not be so lucky.

Ruined weddings, though horrible for the couple, also means a ruined income for wedding photographers.

60 to 70% of Breakall’s income comes from April, May and June — the peak of wedding season.

“It’s going to be really challenging for all of the vendors to be working,” said Breakall.

A lot of Breakall’s couples aren’t canceling their wedding plans, just postponing them.

In some cases though, Breakall has had to cancel some shoots completely because the reception doesn’t adhere to State guidelines.

“It’s tricky because yes it’s your wedding, but it’s also our individual health and our families,” said Breakall.

Breakall believes when COVID19 passes over Utah and the temples reopen, that the Utah Wedding Photography industry will boom — hopefully making up the money they’ve lost.

“The day when the temples reopen is going to be a very happy day,” said Breakall. “I think that will kind of symbolize that we’re getting through this and that things are improving.”