Utahn tests positive for Coronavirus after returning to U.S. in quarantine 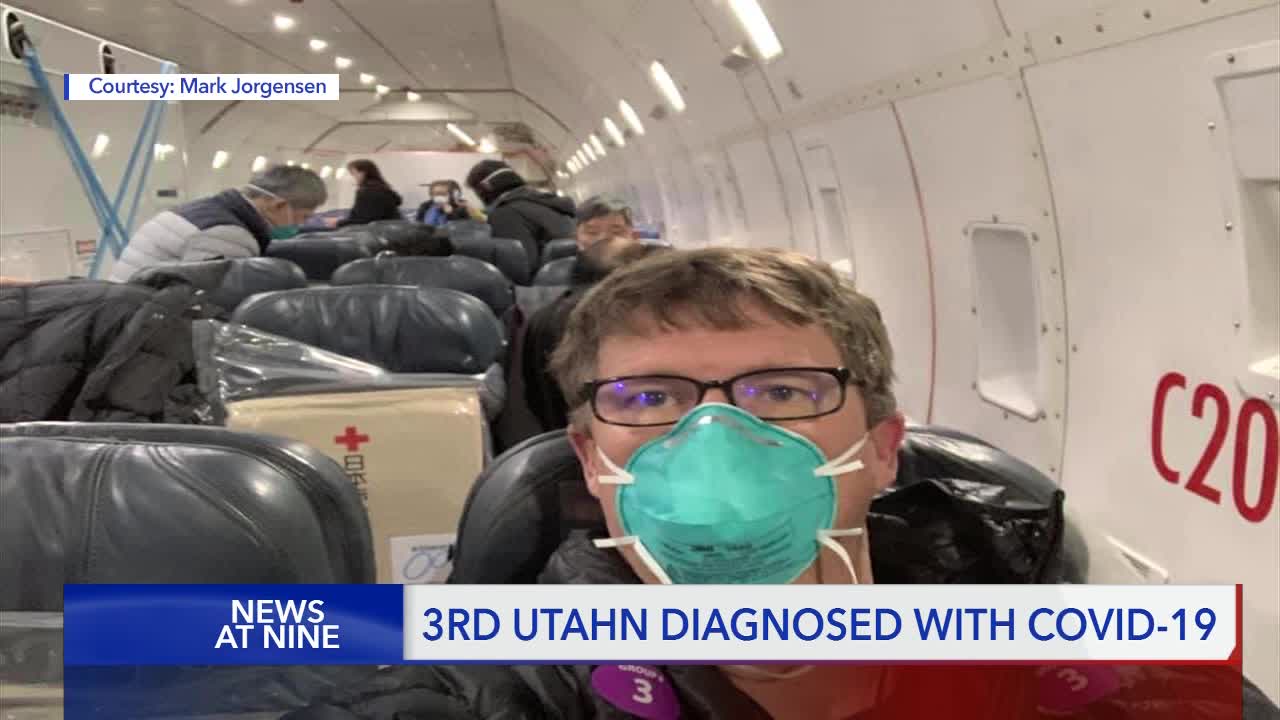 A St. George man has tested positive for COVID-19 (Coronavirus) after returning to the United States from Japan.

Mark Jorgensen was quarantined at Travis Air Force Base in California. He learned on Tuesday that he tested positive for coronavirus after spending nearly a week in quarantine.

"I just thought the test was routine I didn't expect it to be positive," said Jorgensen from his hospital room on Wednesday. "Temperature's totally normal, I have absolutely no symptoms at all."

Jorgensen's wife Jerri is still overseas in Japan after testing positive for coronavirus. The couple boarded the Diamond Princess cruise ship on January 20, 2020.

"Life throws you things and you deal with them when they're right in front of you," said Jorgensen. Both he and his wife Jerri aren't showing any symptoms of illness. A doctor stopped by to check on him when FOX 13 was speaking with him via FaceTime. They were checking Mark's lungs and seeing if he was experiencing any symptoms with coughing or fever.

"As soon as either or both of us have those two consecutive negative tests then we'll be released," said Jorgensen about both he and Jerri. Mark says that neither he or Jerri were surprised when he tested positive. They've been separated from each other but have been continuing to update people of their condition on social media. Mark says that people from all over the world have been reaching out with encouragement.

"Part of me wonders why they are interested but I'm touched that they are," Mark said. "It's just me with a virus sitting around in a room. It's not that interesting is it? But it's really restored my faith in humanity that people care."

Mark says both he and Jerri have remained positive through the month-long ordeal. They're tested daily and have been eagerly awaiting negative tests so they can head back to Utah.