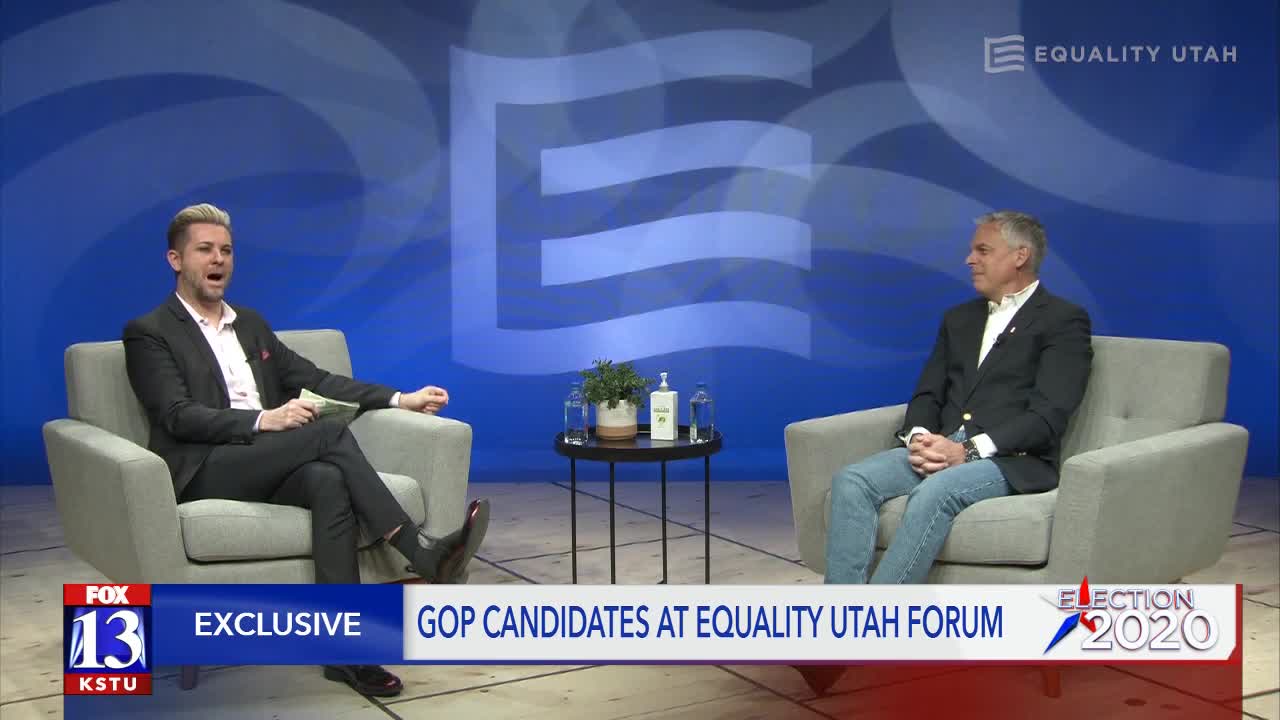 The four candidates seeking the Republican nomination for Utah governor each pledged to include lesbian, gay, bisexual and transgender voices in future discussions of policies affecting that community. 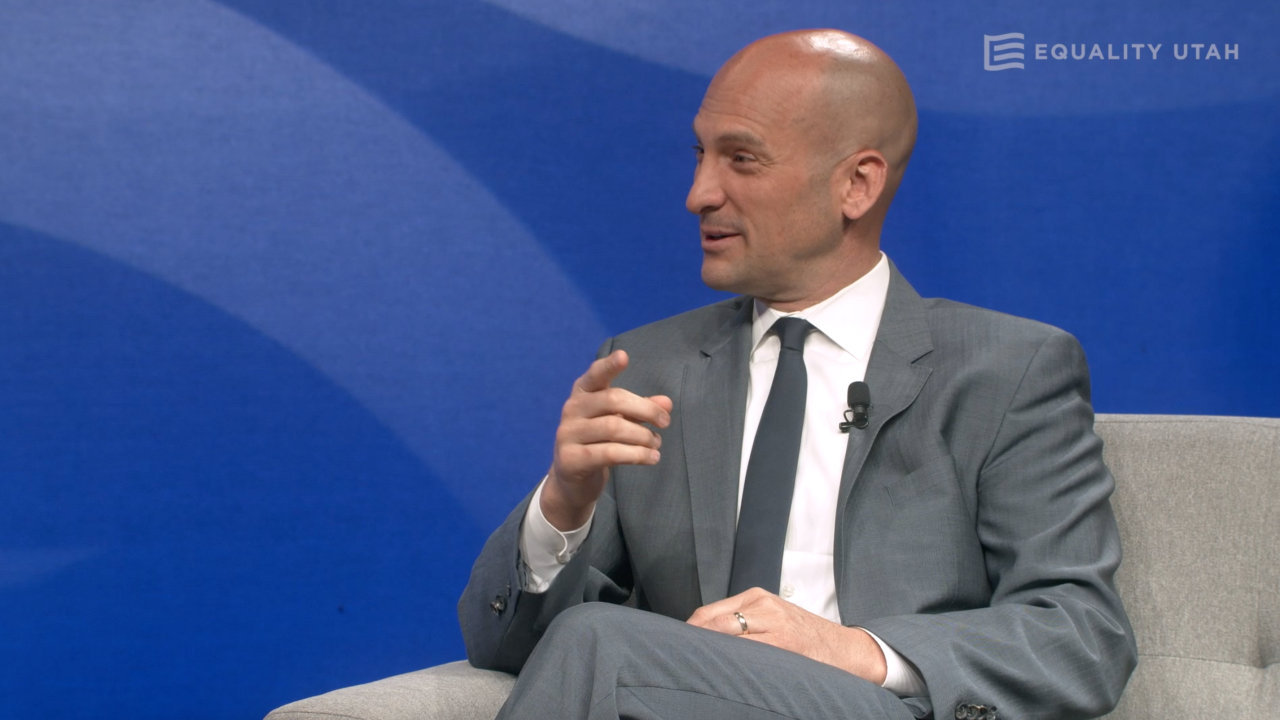 SALT LAKE CITY — The four candidates seeking the Republican nomination for Utah governor each pledged to include lesbian, gay, bisexual and transgender voices in future discussions of policies affecting that community.

The LGBTQ rights group Equality Utah hosted a forum for the candidates and, for the first time ever, all of the GOP candidates agreed to appear. A video of the event was shared with FOX 13 ahead of it being posted online Thursday night.

"This is a huge milestone for Utah. This wouldn’t have happened eight years ago. This wouldn't have happened four years ago," said Troy Williams, the executive director of Equality Utah, who questioned the candidates on everything from their record on LGBTQ rights to their familiarity with gay-friendly pop culture.

Lt. Governor Spencer Cox recounted his involvement with recent successes including a non-discrimination bill and a ban on conversion therapy.

Former House Speaker Greg Hughes offered some insight into getting the non-discrimination bill passed through the legislature and his role in shepherding it through. He expressed pride for what was accomplished with the historic legislation.

"You have a soft spot in your heart for oddballs, misfits and peculiar people!" joked Williams, prompting Hughes to break into laughter.

Former U.S. Ambassador and former governor Jon Huntsman Jr. recounted his early support of LGBTQ rights, getting emotional as he discussed the funeral of a family friend who was gay and the wrath he faced for his early support for civil unions, years ahead of same-sex marriage.

"It bothered me. Until we got to full equality particularly on marriage, we were deficient. Although I couldn’t come right out and say marriage equality, I wanted to support a very important incremental step that would get people talking about it," he said.

Wright himself got tongues wagging when, as Utah Republican Party chairman, he appeared at Equality Utah's Allies Dinner in 2012.

"I believe in equality," he said matter-of-factly.

Each of the candidates said that, if elected, they would include LGBTQ voices in discussions of issues that affect the community, particularly on bills impacting transgender people.

"There is always an open door with me," said Huntsman.

Said Hughes: "As long as there’s that idea we’re going to find common ground, perfect is not going to be the enemy of good."

Asked about suicide prevention, Wright said he wanted to do more to help LGBTQ youth.

"As governor, I want to talk about mental health and LGBTQ issues. Just destigmatize them, talk about them more. I think as conservatives talk more about these issues that we find common ground on them, we can meet each other in a safe place and tell youth 'There’s nothing wrong with you,'" he said.

Cox said he would like to see the Utah GOP expand to involve more LGBTQ people.

Hughes was prodded by Williams about his defenses of President Trump, whom many see as a "bully."

"I will tell you that my experience has been opposite of that. I think there's been some things for the little guy and gal, the people that might feel like they're on the outside looking in that this president has defended," he said.

Wright was asked about his running mate, retiring Congressman Rob Bishop, and his stances on LGBTQ issues. Wright pointed out he was running for governor and told Williams he'd work to arrange a meeting between the two sides to work out any differences.

Some of the GOP candidates also appeared before the Utah Eagle Forum earlier this year, a socially conservative group and a vocal presence on Capitol Hill that often opposes LGBTQ rights measures. Equality Utah intends to host Democratic gubernatorial candidate Chris Peterson next week. Ultimately, the group's PAC will endorse a candidate and funnel money and resources to them in the general election.

Speaking to FOX 13, Williams defended the forum as a way of bridging divides in these hyper-political times.

"If these candidates are pandering to the LGBT community to help win the Republican primary? That shows a lot of progress here in our state," he chuckled. " But that’s not what’s happening. Every single one of these candidates has done something tangible for us. This isn’t just lip service."